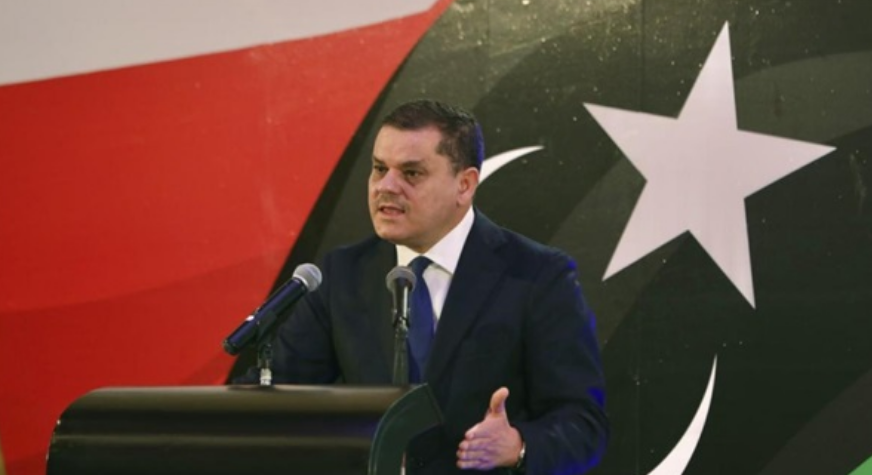 After withdrawal of confidence: Libyan MPs cut Brotherhood’s path to not obstruct elections

The Libyan House of Representatives withdrew confidence from the Government of National Unity (GNU), which is backed by the United Nations, nearly nine months after its election, announcing the government’s continuation of its daily work as a caretaker government, which prompted the Brotherhood’s media inside Libya to play the war and not complete the political process there, instead promoting that this decision will bring the country back to the square of chaos and division.

The House’s decision coincides with the ongoing dispute between the forces of eastern and western Libya over the electoral law due to the parliament’s proposal to hold presidential elections first, which is not welcomed in the west of the country.

After several sessions that continued to question the GNU for its overall work and discuss withdrawing confidence from it, the Libyan representatives withdrew confidence, according to parliament spokesman Abdullah Blehaqm, who confirmed that the parliament decided to withdraw confidence from the government by a majority of 89 out of 113 representatives who attended Tuesday’s session, provided that it continues to conduct its work as a caretaker government.

On February 5, the Libyan Political Dialogue Committee chose a new government headed by Abdul Hamid Dabaiba and Mohamed al-Menfi as head of the Presidential Council, with the support of the United Nations.

The prominent goal of the GNU was to prepare for the elections on December 24, so the decision could make the expectations of organizing the elections at the end of this year remote.

The Libyan Brotherhood sought to raise concerns about the return of division and war to the country, claiming that the parliament’s move would impede holding the general elections as scheduled on December 24.

The parliament was quick to block the interpretation of the withdrawal of confidence as an obstruction to the elections, as the government will continue to conduct business.

Observers of Libyan affairs confirmed that the Brotherhood media is currently promoting that the decision will return the country to the first square of chaos and division, which will not happen, warning against being drawn into this talk, as the government will remain to conduct business until the date of the general elections, and this is if the withdrawal of confidence is approved in an official manner. They pointed out that the government will remain, and whoever wants elections must comply with the decision to withdraw confidence, which is a parliamentary procedure taken by parliaments around the world on a regular basis and without a problem. But some do not want elections and found an opportunity in this matter and want to upset public opinion.

Following the announcement of the parliament’s decision, the High Council of State said that this step is “void” because its procedures violate the constitutional declaration and the political agreement. The mayors of 65 out of 116 municipalities in Libya also announced their refusal to withdraw confidence from the GNU.

In a statement delivered by the deans from the headquarters of the Supreme Council of Local Administration in Tripoli, the deans considered the decision to withdraw confidence an absurd step taken by Parliament Speaker Aguila Saleh without any constitutional or legal basis, in violation of the Libyan Constitutional Declaration and its amendments, the political agreement and the road map agreed in Geneva.

The statement considered that the withdrawal of confidence came under pressure from the personal interests of a number of MPs whose interests conflict with the achievements made by the government within a short period of time and without a budget.

The statement added that the House of Representatives does not have the legal and political right to impose a withdrawal of confidence from the government, which was born by consensus under the auspices of the United Nations and which enjoys broad popular legitimacy in all regions of Libya.

The deans called on the government and its president to continue with their duties and implement the road map. They also called on the United Nations Support Mission in Libya, the countries supporting the political process, and the members of the political dialogue forum to reject the decision to withdraw confidence and to cut off the path for anyone who calls for destabilizing Libya.

On the other hand, Prime Minister Dabaiba said that he will continue to save the country and will not pay attention to conspiracies, hours after the House of Representatives announced the approval by a majority to withdraw confidence from the government, while the High Council of State and dozens of municipalities announced their rejection of this step.

Dabaiba added in statements during the start of the final match of the Libyan Universities Football League in the city of Zawiya, “We still say no to war or division and yes to elections and a prosperous and united Libya,” stressing his determination to accomplish what he came to do and his keenness to save the country.

Dabaiba also called on the Libyans to go out and demonstrate, saying, “Get out and express your opinions and fear nothing but God,” stressing that they are the owners of the word and legitimacy, as he put it.

Dozens of demonstrators participated in a protest sit-in in Tripoli, in rejection of the parliament’s decision to withdraw confidence from the government, praising the role of Dabaiba and supporting him.