Latest Posts
19:55
Home Reports Qatar has failed to explain up to 70% of migrant worker deaths in past 10 years – Amnesty 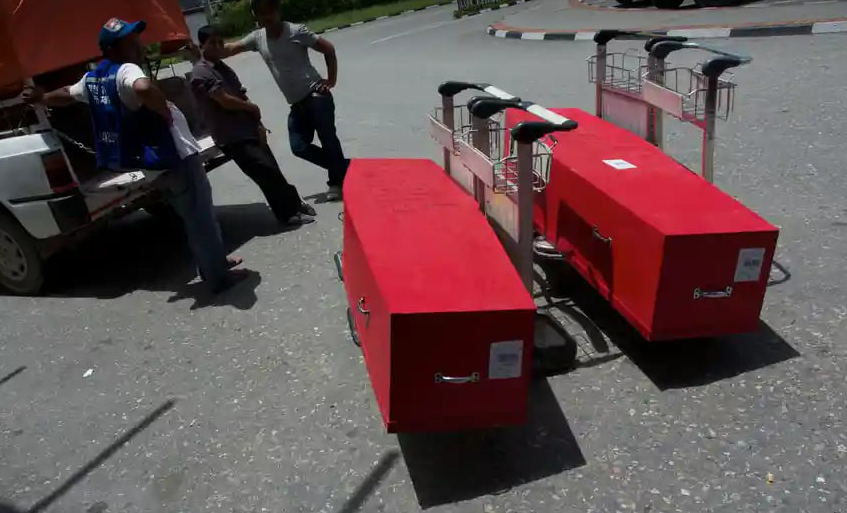 World Cup host Qatar has failed to investigate the deaths of thousands of migrant workers in the past decade, according to a new report by Amnesty International.

The human rights organisation said the majority of migrant worker deaths in Qatar are attributed to “natural causes”, cardiac or respiratory failure; classifications which are “meaningless” without the underlying cause of death explained, according to one expert cited.

As a result, as many as 70% of deaths may be unexplained. “In a well resourced health system, it should be possible to identify the exact cause of death in all but 1% of cases,” the report said.

The findings come as Qatar and Fifa face growing pressure from footballers and national football associations to protect workers’ rights with just over a year to go until the World Cup begins.

Qatar’s World Cup organising committee has reported 38 worker deaths on World Cup construction projects, of which 35 have been classified as “non-work-related”. However, Amnesty believes nearly half of these deaths have not been properly investigated or explained.

The rights group says intense heat and humidity exposure is likely to be a significant factor and has urged the Qatari authorities to put in place better protections for workers.

In failing to investigate the underlying causes of migrant workers’ deaths, the Qatari authorities are ignoring warning signs which could, if addressed, save lives. This is a violation of the right to life.”

Qatar’s treatment of its migrant workforce of 2 million has come under unrelenting scrutiny since it won the right to host the competition in 2010. In February the Guardian revealed that more than 6,500 migrant workers from south Asia had died in Qatar in the past decade.

Qatari authorities have claimed that the migrant mortality rate is within the expected range given the workforce size, but epidemiological experts quoted in Amnesty’s report question “the authorities’ ability to make this claim … because of the low quality of data available”.

They also said that migrant workers – who undergo health tests before departing for Qatar – are generally young, healthy and “in the prime of their lives

In May, the Qatari authorities took a number of steps intended to protect workers from the heat, including extending the summer working hours ban, when workers cannot operate outdoors during the hottest part of the day, by a month. Amnesty welcomed the measures but said they did not go far enough.

The report described the devastating toll on the families of workers who die. Under Qatar law, compensation must be paid where deaths are “caused by the job”, but the failure to properly investigate deaths means work-related causes may not be identified, allowing employers to avoid compensation, Amnesty said.

“I did not receive any compensation from Qatar. The camp boss said the company had no compensation rules for those who died of heart attacks and those not on duty,” said Bipana, the wife of Tul Bahadur Gharti, a 34-year-old construction worker from Nepal who died last year.

“Being alone is very difficult. I feel like my life has been wasted … My husband was set on fire. I feel like I’m burning in oil.”

In response to the report, the Qatar government highlighted its record on labour reforms, including a new minimum wage and the removal of barriers to change jobs.

It claimed to have made significant progress on tackling the effects of heat stress and said injury and mortality data were in line with international best practice, setting new standards for the region.

A government spokesperson said: “Qatar remains steadfast in its commitment to labour reform and will not be thrown off course by any organisation that seeks to discredit the progress we have made