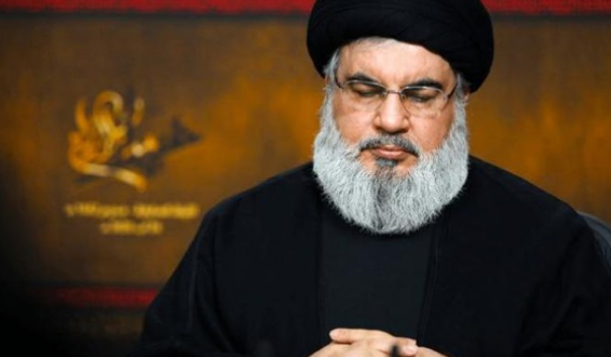 In a mysterious step that has raised the fears of Lebanese of all sects, Hezbollah Secretary-General Hassan Nasrallah announced that he has agreed with the Iranian authorities to start loading a third ship of fuel towards Lebanon, without bothering to explain how the Iranian fuel shipments are entering Lebanon, at a time when the Lebanese fear this process, which may lead to the imposition of new sanctions on the country, which is experiencing severe economic crises.

Hezbollah is trying to show its control over Lebanese decisions and its humiliation over matters through these actions, which angered Lebanese Prime Minister-designate Najib Mikati, who responded to Nasrallah’s statements by saying, “Any issue that harms Lebanon’s interest, we are against it, and we will not allow anyone to lead us to any new sanctions.”

Mikati appealed to the Arab League to intervene to help Lebanon, pointing out that he will do everything in his power to distance his country from conflicts and turmoil, saying, “I invite the Arab world to meet us, Lebanon’s existence was and will remain in the bosom of the Arab world.”

In a televised speech, Nasrallah said, “We have agreed with the Iranian brothers to start loading a third ship of oil derivatives… Lebanon needs more than three ships to face the next near stage… From the first moment it sets sail, we will consider it Lebanese territory.”

Nasrallah pointed out that the US sanctions imposed on Syria also harmed Lebanese interests through economic barriers under threat of sanctions. He called on Washington to exclude Lebanon from the Caesar Act that prevents dealing with the Syrian regime, saying that this law is not intended to besiege Syria only, but is also a blockade of Lebanon.

“Were it not for the ban and the veto, we would have been able to revive the electricity and gas sectors in Lebanon, and if the Lebanese had raised their voices against the Americans, we would have obtained an exemption from the sanctions,” he added.

Nasrallah had confirmed on August 22 that ships loaded with Iranian fuel would set sail soon to ease the fuel crisis in Lebanon and would be followed by other ships.

Four days before that, he said that the first ship that will set out from Iran has completed all the arrangements and would set sail within hours to Lebanon.

So far, no official Lebanese body has announced the arrival of a ship coming from Iran, and the government has not indicated where the ship will unload its cargo or who the beneficiary of it will be.

The United Nations has warned of a humanitarian catastrophe in Lebanon due to the fuel crisis, which is affecting access to health care services and water supplies for millions of people. Last week, the General Directorate of Oil in Lebanon announced a hike in fuel prices in an attempt to address the repercussions of the country’s fuel crisis.