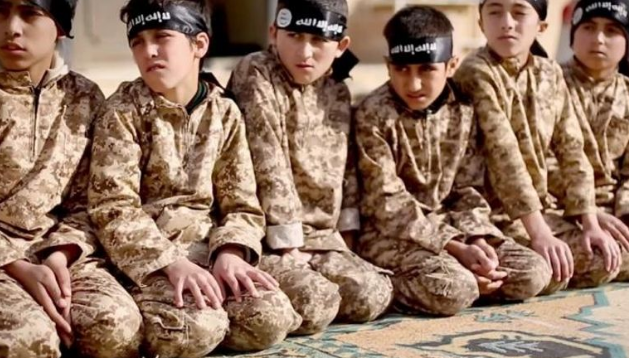 ISIS regrouping in Syrian desert, depending on child recruits

ISIS moves ahead with recruiting local elements in Syria and giving them leading positions within it.

The terrorist organization has already begun a new attempt to regroup, more than two years after the collapse of its alleged caliphate and its defeat in its last stronghold in al-Baghouz in eastern Syria.

It is trying to rebuild itself in the Syrian desert, using children and adolescents, after smuggling them out of refugee camps.

Despite a series of military campaigns by the US-backed Syrian Democratic Forces, ISIS still maintains significant influence in many camps, as well as freedom of movement.

This allows it to target the boys it deems potential recruits.

The Voice of America revealed recently that ISIS is trying to rebuild its army in the eastern Syrian desert, using children and adolescents, many of whom have been smuggled out of refugee camps.

This report cited US military intelligence provided by Inspector General of the US Department of Defense, regarding military operations in Syria and Iraq.

This comes at a time the new leadership of ISIS is sending messages to the organization’s fighters at home to attract them again.

ISIS describes the local population in Syria as its real supporters, which marks a change of the policy followed by the foreign leaders of the organization who used to consider this local population as inferior to them.

ISIS has prioritized smuggling boys from these camps to training sites in the Syrian desert.

The US Central Command, which oversees US forces in the Middle East, told the Defense Department’s Inspector General that ISIS smuggles these boys in exchange for more money.

Women who support ISIS managed to increase their income, the command said.

It added that these women intensified their efforts in the recruitment of children in al-Hol camp between April and June 2021, using social media.