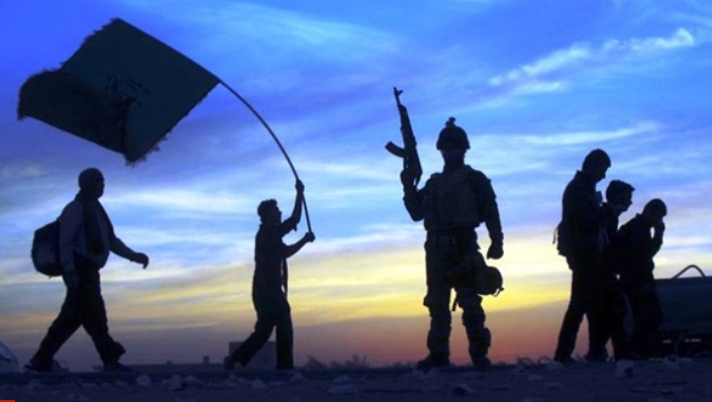 As soon as ISIS’s dream of establishing a state on Syrian-Iraqi territory ended and its leaders exploited many of the people in the two countries in the implementation of its projects, the terrorist organization has returned to attracting local elements that it marginalized since the announcement of its existence after an era of marginalization and exclusion in the interest of foreign elements, where the division was between the foreign fighters who traveled to Syria and the local population. The foreign fighters actually enjoyed a different standard of living, as they were given better housing, more money and better food. ISIS is also adopting other strategies to lure young men to join the organization.

Attracting the marginalized to leadership

The new leadership of the terrorist organization returned with messages to fighters at home in order to attract them again, which includes changing the strategy and appointing local leaders to ensure equality in dealing with them, as the ISIS leadership is seeking to change the bad view of its fighters from the local population. The organization has started describing them as its real supporters, after the foreign leaders had considered them inferior.

Falahi stressed that the organization is now unable to control cities as it did in 2014, but it seeks to dust off its previous practices of favoring foreign leaders and making the local population in Syria and Iraq as its fuel during the coming days. He noted that foreign fighters entered Syria in the wake of the outbreak of the war in 2011 to a large extent, and their presence had an impact in diverting the course of the war from supporting the Syrian people to seeking to establish a state according to their laws.

This comes at a time when the head of German intelligence, Bruno Kahl, warned of ISIS’s growing strength despite the collapse of its caliphate, and that terrorism still poses a real threat to the world order. He stressed during an interview with the newspaper Süddeutsche Zeitung that although there were no major terrorist attacks in Europe and the United States like the bloody attacks that shook Western countries two decades ago, terrorists have developed and taken many lives, as the number of terrorists and the threat they pose has increased. Also, ISIS has since turned into a decentralized network like al-Qaeda, where its sub-organizations are widespread.

According to observers, ISIS learned how to change its strategies, as its leadership was divided into specific operational groups in the region that take responsibility for decision-making, noting that ISIS militants withdrew completely from urban areas in Syria, but they were able to move freely in open areas by avoiding government forces, especially near the Syrian city of Hajin near Deir Ezzor.

Similar to the strategy of attracting the marginalized, ISIS has adopted psychological strategies to deceive young people, in conjunction with the recruitment of local fighters and their assumption of leadership positions within the organization. It adopts this psychological strategy to attract young people to join its ranks, resorts to psychological dimensions, and exploits the human need for a purpose and meaning in his life, as the terrorist organization seeks to fill this void by offering rewards to those who belong to it and deluding them that they are the distinguished elite seeking to achieve a lofty goal represented in fighting and achieving a caliphate state, in addition to using a method to stir up anger among young people and push them to take revenge.

The terrorist organization exploits the youth’s need to categorize by providing an identity for the individual that distinguishes him from others, deluding the youth of their belonging to an entity with clear ideas and goals, in addition to alerting the blind obedience that ISIS uses to attract young people by relying on the obliteration of their personality and their inclusion in the pattern of commitment to the ideas of the group, which leads to the need to belong, which ISIS tries to satisfy it by giving young people the opportunity to belong to an entity or group.

Wave of migration to ISIS

A study published by the International Center for the Study of Radicalization and Political Violence (ICSR) at King’s College London in July 2018, documented by official and academic data, confirmed that the number of foreigners in the ranks of ISIS was specifically 41,490 people, including 32,809 men, 4,761 women, and 4,640 children, from 80 countries. The researchers concluded that 18,852 of these foreigners came from the Middle East and North Africa, 7,252 from Eastern Europe, 5,965 from Central Asia, 5,904 from Western Europe, 1,010 from Western Asia, 1,063 from Southeast Asia, and 753 from the Americas, Australia and New Zealand, in addition to 447 from South Asia and 244 from sub-Saharan Africa.

The international coalition fighting ISIS joining with the Syrian Democratic Forces (SDF) to wage war against the terrorist organization made ISIS’s abilities to plan attacks, attract foreign fighters and obtain funding witness a noticeable decline, which made it divert its attention to its former fighters from the local population.

ISIS’s leadership has recently been seeking to maintain the existence of secret cells active in Iraq and Syria, motivating them by publishing media propaganda for the survival of the organization and its support by its elements in Africa, the Arabian Peninsula, South Asia and Southeast Asia.

In March 2019, the last ISIS strongholds fell in the town of Baghuz, located in the eastern countryside of Deir Ezzor. As a result of this defeat, many foreign fighters sought to return to their countries of origin or flee as roving fighters.