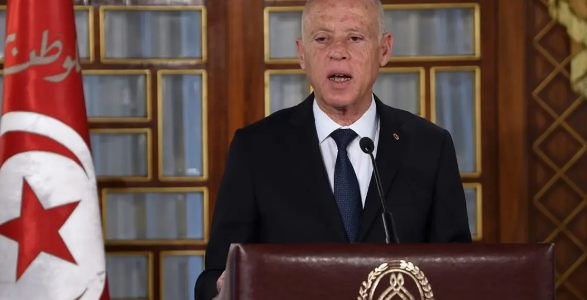 Islah Party, the branch of the Muslim Brotherhood in Yemen, launched a violent attack on Tunisian President Kais Saied, following his decision to sack the government and freeze the parliament in his country.

Tawakkol Karman, a member of the Consultative Committee of the party, criticized the Tunisian president and described him as a ‘robot’.

“He was manufactured in a shoddy factory,” Karman wrote on Facebook of the Tunisian president.

She accused the Tunisian president of betraying Tunisian voters, overturning the revolution and the constitution, and leading a ‘counter-revolution’.

Yemen’s Brotherhood is apparently panicking as events in Tunisia unfold.

The movement is afraid that it will undergo the same experience, especially in southern Yemen where it has control.

Yemen’s southern regions witnessed a series of demonstrations against Islah party in the past days.

Islah is shudders at the prospect of a revolution arising against it.

This brings similarities between the Muslim Brotherhood branches in Tunisia and Yemen to light.

The Brotherhood almost controls the legitimate Yemeni government. It has full control over Yemeni President Abd Rabbo Mansour Hadi. It also has control over decision-making in the government.

Islah enjoys control in areas liberated from Houthi control by the Saudi Arabia-led coalition and the Yemeni army.

This is causing a wave of indignation among citizens, especially in southern Yemen, according to the Yemeni newspaper Shabwah newspaper.

In the case of Tunisia, Ennahda movement, also the branch of the Muslim Brotherhood, faces accusations of corruption.

It is also accused of involvement in terrorist attacks against the Tunisian people.