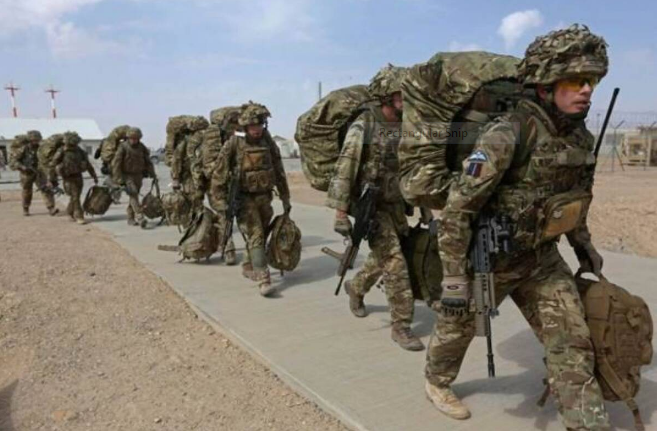 After nearly 20 years, Washington has decided to withdraw American forces from Afghan territory, and US President Joe Biden announced that Thursday, August 31, will be the date of the end of the withdrawal of his country’s forces from Afghanistan.

Biden justified the decision to withdraw by saying, “Washington has achieved its goals” in combating the terrorist threat, and it did not go to Afghanistan “to build a nation,” as that is the “responsibility” of the Afghans. He expressed his “confidence in the ability of the Afghan army” to confront the terrorist Taliban movement, which is trying to take advantage of the US withdrawal and expanding throughout the country, which will cast a shadow over a new phase of relations between the movement and the Wilayat al-Faqih regime in Iran, which will be reviewed by the Reference.

The withdrawal has renewed talk about the nature of the relationship between the Taliban, which has announced its control over 85% of Afghan territory, and Iran, especially since the first pillar on which the two sides depended in any rapprochement was cooperation to confront their common enemy, represented in the United States, no longer exists. On this basis, the shape of the relationship may change in the next stage according to these variables.

The relationship between Iran and the Taliban is predicated by many things, foremost of which is the common geographical borders between the two countries, which reaches 920 kilometers, especially as these borders are adjacent to anxious areas inhabited by nationalities or non-Persian peoples, on top of which is the Baluchistan region inhabited by the Balochs, from which the armed Baloch movement Jaish al-Adl emerged, an Iranian Sunni opposition group that began its activity against the mullah regime months after the execution of Abdolmalek Rigi, the leader of the Baluchi Jundallah movement, in June 2010.

In 1998, matters were on the verge of war between Iran and the Taliban after the movement was held responsible for the killing of ten Iranian diplomats in their consulate in Mazar-I-Sharif in the north of the country. In 2001, Tehran supported the US invasion on the ground to overthrow the Taliban regime, and the Iranian Parliamentary Committee on the Afghan Crisis issued a report and recommended opening a dialogue with the United States, even via the 6+2 group. The spokesman for the committee, Ebrahim Bay Salami, stated that Iran should exploit what he described as Europe and America’s current need for Iran and its role in resolving the Afghan issue, and use that to achieve national gains.

To this end, reports revealed the highest contacts since the Iranian revolution between the CIA and the government of former President Mohammad Khatami in Iran. These contacts focused on two matters: the overthrow of the Taliban government and the introduction of a new regime in Baghdad. These talks were held at the American embassy in Ankara on October 11, 2001.

These talks facilitated Iran’s entry into the announced military plans to overthrow the Taliban government and install a new government that would take into account the Shiites linked to Iran. The Iranian Security Council, which is the highest authority managing the affairs of the Iranian regime, issued what could be called “forgiveness of the United States” and ordered the opening of a new page to cooperate with Washington.

In light of Iran’s continuing role in confronting the Taliban and trying to overthrow it, reports revealed that Iran provided millions of dollars to buy the loyalty of officials in the government of former President Hamid Karzai.

Recently, after Taliban’s expansion and its control over joint border crossings, Iran is seeking to open up to the movement, especially after it entered the line of crisis in Afghanistan, as well as to play the role of mediation, even if only formally, by holding negotiations between the Afghan government and the Taliban movement. These negotiations preceded a series of meetings between Afghan officials and Taliban leaders in Tehran.