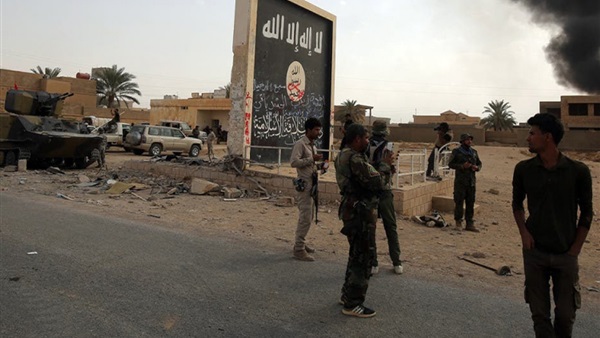 The Afghan government and the Taliban work to reach peace through negotiations.

Meanwhile, ISIS tries to establish presence on the Afghan stage, taking advantage of the turbulent security situation inside the country.

The terrorist organization began to turn its attention to Afghanistan recently, after the US and its allies announced their withdrawal, following two decades of presence.

In so doing, it is taking advantage of ongoing fighting between the Afghan government and the Taliban.

This happened just when Afghan officials gathered around Afghan President Ashraf Ghani who prepared to deliver a speech on the occasion of the Muslim Feast of Sacrifice.

“Today, the enemies of Afghanistan launched missile attacks in different parts of Kabul,” Interior Ministry spokesman Mirwais Stanekzai said in a statement to the press.

He mentioned three locations within a radius of about a kilometer around the presidential palace.

He said these locations were repeatedly targeted in the past by missile attacks, most recently in December.

Stanekzai explained that one of the three missiles did not explode, and that the attack did not cause casualties, according to preliminary information.

The sound of rocket explosions was heard throughout the security-fortified Green Zone, which includes the presidential palace as well as a number of embassies, including the American one, was heard at the time of the feast prayer.

The Interior Ministry said at least three rockets landed in the city of Kabul, while Afghan President Ashraf Ghani and other senior officials were performing the prayer.

ISIS claimed responsibility for the missile attack on the presidential palace in Kabul.

Minutes after the attack, the president began delivering his speech in the presence of a number of senior officials, as television footage showed him maintaining the prayer.