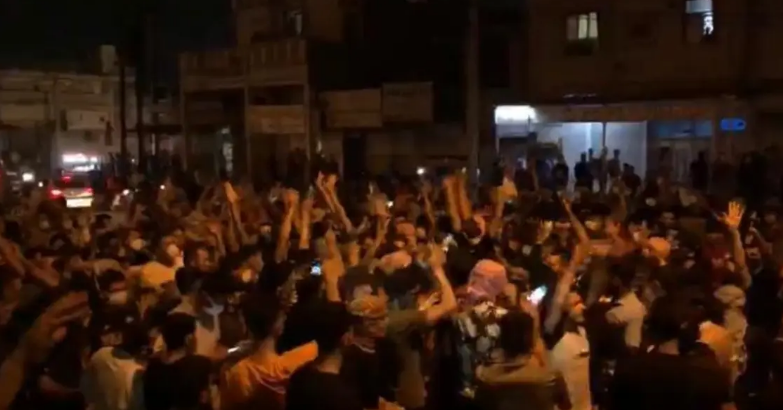 Iran cutting off electricity, internet to gloss over Khuzestan protests

Protests have been raging on since July 15 on a daily basis in Iran’s Khuzestan Province.

This is particularly so in the southwestern city of Ahwas.

Ahwazis are in a bid to obtain their rights and press the authorities to do something to improve their economic conditions.

The circle of popular protests in solidarity with Ahwaz gets wider in a number of different cities.

Demonstrators in the city of Saqqaz in the Iranian Kurdistan region blocked some roads.

However, Iranian security forces faced this move violently and dispersed the demonstrators.

Despite the Revolutionary Guards’ suppression of the protests, the demonstrators in the cities of Ahwaz, Ma’shour, Khafajia and al-Falaiya maintained their protests.

The Iranian forces confronted the demonstrations by cutting off the electricity, in addition to launching massive arrest campaigns.

As part of its efforts to obscure information about the demonstrations, the Iranian authorities cut off internet services in Ahwazi cities.

This led to a slowdown in receiving information about the demonstrations, in addition to disrupting the daily lives of citizens.

It is noteworthy that this is not the first time the Iranian regime cuts off internet services.

This move is taken whenever Iran witnesses protests against the regime.

In the same context, the Persian version of the BBC website stated that some officials attribute the malfunction to technical problems in the internet service and the communications network.

However, Net Blacks, which specializes in monitoring communications networks around the world, observed that the internet service in Iran has seen a marked imbalance since the protests began on July 15.