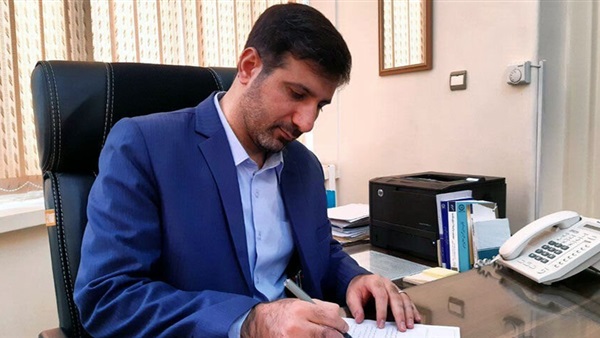 “What is important in the Iranian presidential elections is what the Iranian people decide. The Guardian Council does not benefit or lose from the defeat and victory of individuals and parties in the elections. Just as the council’s observers must be impartial, the executive officials must also be impartial and not partisan.”

This was the response of Hadi Tahan Nazif, a former secretary for the Guardian Council responsible for filtering candidates and currently the council’s spokesman, when he was asked about the fate of the presidential elections held on June 18, in which hardliner Ebrahim Raisi won.

With Raisi’s arrival to power in Iran, Nazif was elected on July 14 to be the new spokesman for the Guardian Council instead of Abbas Ali Kadkhodaei, who refused to continue in this position.

It is known that Nazif does not speak much or make many statements, but his actions are numerous. He was the Vice President for Legal and Parliamentary Affairs in the government of former Iranian President Mahmoud Ahmadinejad in 2008 after obtaining a doctorate from Imam Sadiq University, and he became an educational deputy for the Faculty of Law.

Nazif was appointed as the internal secretary of the Guardian Council for ten years, since 2010. He was responsible for recording the minutes of the sessions and arranging the agenda for the council’s meetings, after which a decision was issued appointing him as a spokesperson for the council.

It should be noted that Nazif is the grandson of hardliner cleric Ayatollah Ahmad Jannati, the secretary of the Guardian Council, and when Raisi presented Nazif as a proposed legal expert to the Islamic Consultative Assembly to become a member of the Guardian Council, this was mainly with the recommendation or mediation of Jannati and Kadkhodaei, the former speaker of the council and supervisor of Nazif’s doctoral thesis. This had a significant impact on the parliament’s vote for Nazif to obtain membership in the council.

Regarding the expected political orientation of the new spokesman for the Guardian Council, Iranian media revealed that Nazif is little known, but that his membership in a research center affiliated with the Basij Organization’s lawyers could reflect his political orientation and his strong affiliation with Supreme Leader Ali Khamenei and the Iranian Revolutionary Guard, who follow the approach of exporting the revolution.