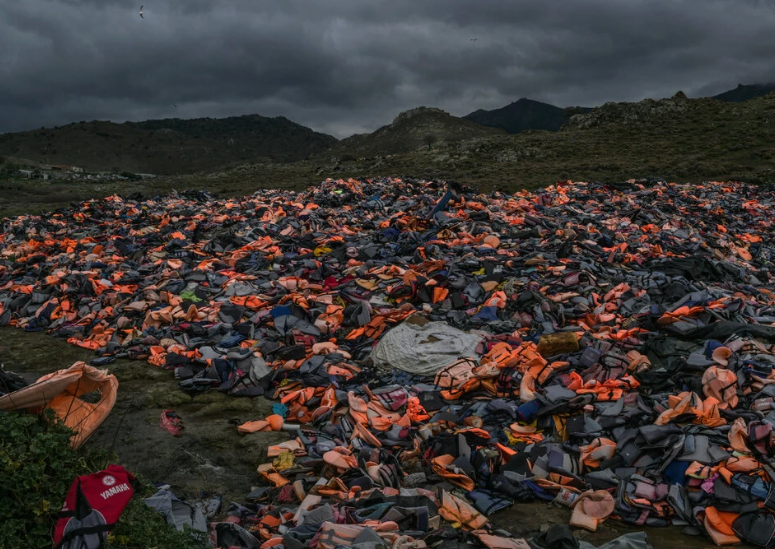 ATHENS — As Greece faces criticism for its quick return of migrants across the Aegean Sea to Turkey, it is cracking down on the activities of some aid groups working with refugees, accusing them of facilitating trafficking rackets and spying.

The Greek authorities have also stepped up accusations against Turkey for failing to stop boats smuggling migrants from leaving its shores, violating a deal struck between Turkey and the European Union at the peak of the refugee crisis in 2016.

Last week, police on the Greek island of Lesbos said they had drafted a criminal case against 10 foreigners, including four members of foreign nongovernmental aid organizations, who face charges of facilitating the illegal entry of migrants and espionage.

The announcement came 10 months after police on Lesbos drew up a similar case against 33 employees of aid groups that also included charges of running a criminal organization and violating laws covering state secrets.

A spokesperson for the northern Aegean police, Nikolas Ververis, said on Thursday that both cases were with prosecutors and that there had not been any arrests. He declined to name the aid groups in question as the investigation was ongoing.

Greek authorities, who have also faced criticism for prosecuting migrants on charges of people smuggling, have suggested that certain aid groups are helping smugglers. The Lesbos police last week accused those being investigated of “providing essential assistance to organized networks for the illegal smuggling of migrants” under the guise of humanitarian aid.

It said they used mobile messaging apps to provide migrants leaving Turkish shores with details about Greek Coast Guard operations, the positions of military facilities and other information.

Greece’s migration minister, Notis Mitarachi, who in December accused Turkey and certain aid groups of facilitating smuggling rackets, did not respond to a request for comment. In his comments in December, the minister said that migrants were being instructed by smugglers to contact Aegean Boat Report, a Norwegian group that monitors migrant arrivals, and another aid group.

Aegean Boat Report said allegations of its involvement with smuggling rings were “baseless and incorrect.”

“The Greek government’s priorities, sadly, seem far removed from those of us who work to promote and safeguard the security and human rights of men, women and children seeking safety,” the organization said via Facebook Messenger.

Greece has repeatedly denied accusations that it is pushing migrants back to Turkey, despite evidence to the contrary compiled by aid and media groups. It says it rescues thousands of people at sea while guarding its own borders and those of Europe.

Although arrivals from Turkey have slowed considerably — they are down 96 percent since last year — Greece and Turkey remain at loggerheads over how to deal with migration flows following a dispute over maritime boundaries last summer that brought them close to conflict.

After a smuggling boat sank off Crete last week, leaving at least seven migrants missing, Greece’s migration ministry referred to a “needless tragedy” that Turkey could have averted. On Friday, the Greek Coast Guard entered Turkish waters to save 10 migrants after another boat sank and Turkey failed to react, Mr. Mitarachi, the migration minister, told the country’s Parliament, noting that three migrants were missing.

It is not the first time that aid groups have found themselves in Greece’s cross hairs. In 2015 and 2016, when more than a million migrants streamed into Greece and overwhelmed its resources, aid groups stepped in. In 2018, four aid group volunteers, including the Syrian refugee Sara Mardini, who is the sister of the Olympic swimmer Yusra Mardini, faced similar charges. After several months in detention, they were released pending their trial, which has yet to take place.

Last year, Greece’s conservative government introduced tougher rules for the operation of dozens of nongovernmental organizations, ostensibly to boost transparency and accountability. But the rules made it difficult for some organizations to operate. The Council of Europe has called for those restrictions to be revoked.

Adriana Tidona, a European migration researcher for Amnesty International, said the regulations and the criminal case against the aid groups were of great concern.

“In the past, we have seen Greek authorities senselessly pursuing humanitarian actors for providing assistance to asylum seekers and migrants,” she said. “That shouldn’t continue.”

She added that the criminal charges worsen a climate that is already restrictive for aid groups. New laws — both administrative and criminal — are also being applied in Italy, Spain, France and Cyprus to obstruct the activities of the groups, she said.

Iason Apostolopoulos, an aid group employee, had been scheduled to receive an award from the Greek government for rescuing migrants, but that honor was withdrawn, apparently due to his criticism of the country’s migrant policy. No official reason was given, but a prominent lawmaker from the ruling party referred on Twitter to the aid worker’s criticism of government policies.

According to Ms. Tidona, the fact that alleged human rights abuses, like pushbacks of migrant boats and violence at the borders, were not properly investigated and “heavily politicized” was affecting the public perception of people who work for aid groups dealing with migrants