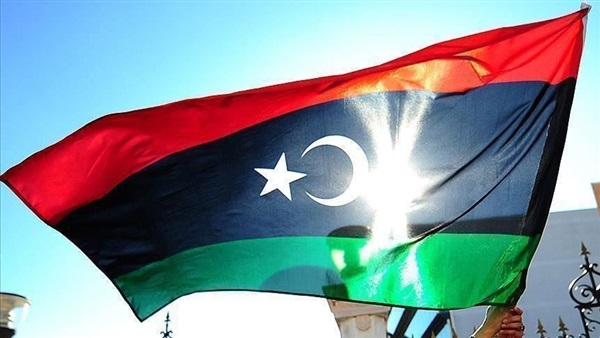 With the Libyan political dialogues stumbling on all tracks related to holding the general elections in December, Libya is experiencing the impact of deep divisions that may ravage the political track, while the consensus between Egypt and the United Kingdom on Libya has returned in order to block the road of external forces interfering and to end all internal crises once and for all.

The political scene in Libya is complicated amid disagreements over the constitutional basis for the presidential elections scheduled for December 24, especially after the failure of the members of the Political Dialogue Forum to reach an agreement on the basis on which the entitlement will take place.

The echo of the ongoing disputes in Libya over the draft general budget reached the UN Security Council, where UN Envoy Jan Kubis was keen to raise the matter in his briefing before the Council on Thursday, July 15, when he spoke about the presence of parties in Libya who deliberately continue the differences over all important files to disrupt the elections and stability.

Kubis stressed in the session that was held specifically to discuss developments in Libya and the general elections that the budget has not been approved so far, despite the many sessions held by the House of Representatives in this regard.

He hinted that the differences over the budget, as well as other files, are the loophole through which the obstructionists seek to thwart the political process, which will end with general elections in December.

The dispute also revolves around how to elect the president, whether by direct vote by the people or by members of parliament, in addition to the conditions for running for the position, as the Libyan political process and the road map emanating from it have witnessed a clear stumble recently after the parties to the political dialogue disagreed over a number of critical issues in reaching a final agreement to end the transitional period.

On the other hand, the United Nations mission is trying to find consensual formulas to overcome these differences, which have become a threat to the date of the general elections. This prompted some parties to put forward the option of postponing the elections until convincing solutions are agreed upon for all the outstanding problems in the course of the political dialogue.

Some parties to the political process were accused of wanting to prolong the transitional period in the country for various reasons, following the proposal for the postponement option, which was widely rejected by most political parties and currents in Benghazi and Tripoli, civil society institutions, and the components of the Libyan street.

Observers of Libyan affairs believe that the confusion about the political process may lead to its failure, which threatens the course of organizing the elections that would inevitably lead to the establishment of stable democratic institutions. This contradicts the agendas of some political organizations backed by armed groups that feed from the climate of chaos and destruction.

The Political Dialogue Forum consists of 75 members representing the spectrum of the Libyan people of all categories and geographical divisions, and the dispute between them revolves over whether to hold elections first or a referendum on the constitution.

The roadmap already agreed upon by the members of the Dialogue Forum stipulates first establishing a temporary constitutional basis, then holding presidential and parliamentary elections on December 24, then writing a permanent constitution.

In light of the differences that may afflict the Libyan political track, the Egyptian-British consensus has emerged on the Libyan arena again, as the most prominent agreement between the two sides was the need to expel foreign mercenaries from Libyan territory. The Egyptian presidential spokesperson confirmed that, during a call that Egyptian President Abdel Fattah al-Sisi received from British Prime Minister Boris Johnson, visions were exchanged on the latest developments in the Libyan crisis and the importance of moving forward in the landmark transitional political process, which the country is going through with the aim of settling this crisis once and for all in order to hold the elections on time, which are expected at the end of this year.

According to the Egyptian presidency’s spokesperson, the two sides stressed the need for mercenaries, militias and foreign forces to leave Libya, and to preserve the unity of the Libyan territories and the integrity of its national institutions, thus undermining the possibilities of chaos and blocking the interference of foreign powers.

Johnson said in a statement that during his call with Sisi, he reiterated the support of the United Kingdom and Egypt to the interim government in Libya in their quest for democratic elections and the removal of all foreign forces from the country.

This comes at a time when a European document published by the British newspaper the Observer showed the EU’s plan in Libya sees a review of the consideration of the EU’s military participation, in order not to leave the entire field of military activity to a third country, and in the long term when conditions permit, consideration should be given to the participation of the EU army with a mandate to support the security sector reform process.

The European Union’s plan to support the peace process in Libya requires the disarmament and demobilization of militias, the reintegration of their members, and a fundamental reform of the security sector.