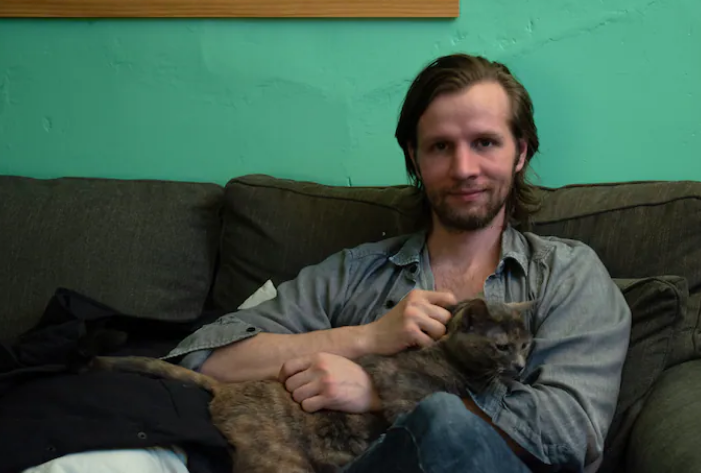 In 2013, Daniel Hale was at a peace conference in D.C. when a man recounted how two family members had been killed in a U.S. drone strike. The Yemeni man, through tears, said his relatives had been trying to encourage young men to leave al-Qaeda.

Hale, a former intelligence analyst, realized he had watched the fatal attack, which he and his colleagues in the Air Force viewed as a success. Now he was horrified.

It was such experiences, Hale told a federal judge in Alexandria on Tuesday, that led him to leak classified information about drone warfare to a reporter.

“I believe that it is wrong to kill, but it is especially wrong to kill the defenseless,” he said in court. He said he shared what “was necessary to dispel the lie that drone warfare keeps us safe, that our lives are worth more than theirs.”

U.S. District Judge Liam O’Grady sentenced Hale to 45 months in prison for violating the Espionage Act, saying the documents he disclosed went beyond his “courageous and principled” stance on drones.

“You are not being prosecuted for speaking out about the drone program killing innocent people,” said O’Grady. “You could have been a whistleblower … without taking any of these documents.”

Hale, 33, of Nashville, said in a letter to the court that he suffers from post-traumatic stress disorder and struggles with whether he is “deserving of my life and the right to pursue happiness.”

While Hale’s attorneys and some advocates have portrayed him as a whistleblower trying to bring attention to what he saw as flaws in drone warfare, prosecutors cast him as a man trying to boost his own sense of importance.

Prosecutors noted that Hale began taking home classified information only a few weeks into a job at the National Geospatial-Intelligence Agency in 2014, and not long after making pledges to keep the government’s secrets.

“Hale did not in any way contribute to the public debate about how we fight wars,” Assistant U.S. Attorney Gordon Kromberg said in court. “All he did was endanger the people who are doing the fighting.”

Friends and family said military service was always an awkward fit for Hale, who struggled with depression throughout his life. He joined the Air Force to escape a poor, fundamentalist home his attorney described as abusive.

“Recently, someone asked me to tell them a happy memory I have with Daniel,” his sister wrote the court. “Sadly, this was not an easy task.”

Hale tested well and was steered into signals intelligence. He went to Afghanistan in 2012. When he left the following year, he said he already had deep misgivings about the work he had done. He recalled in his letter learning after one drone strike on a car that a small child had been killed and another seriously injured. He wondered whether any of the other strikes he had helped carry out killed innocent civilians deemed “enemy combatants” by virtue of being male and military-age.

“You had to kill part of your conscience to keep doing your job,” he said in court Tuesday.

He began connecting with journalists and activists critical of the use of drones, but he also took a new job at a defense contractor in 2014. One day after work, he said, two colleagues invited him to watch footage of drone strikes.

“My conscience, once held at bay, came roaring back to life,” he wrote. He printed out over three dozen documents, some classified, according to the government, and shared several with Jeremy Scahill, a reporter for the Intercept.

The documents included a report finding that reliance on deadly attacks was undermining intelligence gathering. During one five-month stretch of an Afghanistan operation, the documents revealed, nearly 90 percent of the people killed were not the intended targets

He also disclosed the criteria for placing a person on the terror watch list, information that Muslim civil rights attorneys said in a letter to the court helped them challenge the constitutionality of that system.

“I believe, he only spoke out for humanitarian and educational purposes,” journalist Sonia Kennebeck told the court in a letter. She featured Hale in a 2016 documentary about drone warfare.

Hale’s home was searched in 2014, his attorneys said — before the documents were published. But he was not charged or arrested until 2019. He spent the next five years working on and off in restaurants; he adopted a cat. In October, while awaiting resolution in this case and staying in Brightwood Park, Hale witnessed the death in a moped crash of 20-year-old Karon Hylton. Hylton was being chased by police; a friend told the court Hale has cooperated with the investigation.

Prosecutors argued that in revealing classified information Hale was acting not out of moral principle but a base desire to feel important, citing his own dreams of becoming a journalist: “He … chose to place his ego above his oaths.”

None of the agencies involved reported any direct harm resulting from Hale’s disclosures. But the Justice Department said two of the leaked documents were incorporated into an online guide for Islamic State fighters to avoid detection, and that the documents contained details useful to foreign governments and terrorist groups.

Much of what he disclosed was unrelated to his work, the government said, and so he could not know how damaging its release would be.

The Justice Department asked for a nine-year sentence, which would have been the longest punishment yet in a leak case.

Such prosecutions were rare until the Obama and Trump administrations, when they became increasingly common. Under President Biden, the Department of Justice has banned the use of secret orders and subpoenas to obtain journalists’ information. But the DOJ is still pursuing an espionage case against WikiLeaks founder Julian Assange that began under Trump.

A group of First Amendment and media law scholars wrote the court in support of Hale, calling him “a classic whistleblower, who acted in good faith to alert the public of secret government policies that deserved to be debated by the citizens in a truly functioning democracy.”

They argue that the Espionage Act was intended to punish foreign spies, not those who seek to enlighten the American people. Only one appeals court has approved its use against leakers, in a case involving financial motivation.

Hale had tried and failed to challenge his prosecution as violating the right to free speech. Even if no journalist is charged, his attorneys argued, prosecuting those who share information with journalists has a chilling effect.

The government countered that in the Internet age, information doesn’t have to go directly to foreign adversaries to undermine national security, and that Hale gave up any ability to argue his actions were legal when he signed nondisclosure agreements.

Biden has pulled back some of the leeway the Trump administration gave the military and CIA to conduct drone strikes outside of the battlefields of Afghanistan, Syria and Iraq. But the new administration has lowered the bar for airstrikes in Iraq and Syria.

Relatives of the two men killed in Yemen in 2012 sued unsuccessfully in U.S. federal court.

In court, Hale noted that he is a descendant of Nathan Hale, who was executed for spying on the British during the Revolutionary War. Quoting a line often attributed to his ancestor, he said he accepted punishment for taking the documents and for taking innocent lives.

“I have but this one life to give in service of my country,” he said.