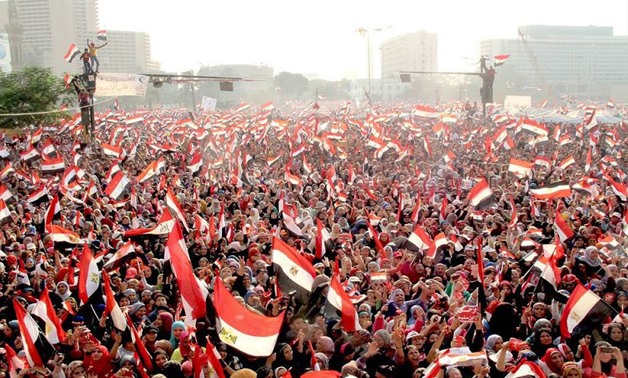 Since May 27, Yemeni citizens have been demonstrating to denounce the corruption of the leaders of the Brotherhood’s Islah Party in Taiz, which is under the control of the Brotherhood militia, in light of the spread of corruption and hunger and the high rates of Brotherhood leaders looting the money and property of citizens.

When the Yemenis came out to demand the dismissal of all the corrupt in the local and military authority, the return of the looted money and property, the accountability of the corrupt, and the departure of the Brotherhood’s guide and the actual ruler of Taiz, nicknamed Salem, and the leader of the Taiz military axis, Brotherhood member Khaled Fadel, Brotherhood militia militants worked to abort these protests and confronted it with violence, especially when the demonstrators chanted, “Oh Salem, leave! Fadel, leave! Corrupt, leave!”

Yemeni media quoted local sources as saying that the rate of car theft of workers in the Cleaning and Improvement Fund affiliated to the legitimate government authority in Taiz governorate has increased significantly as a result of the Brotherhood’s looting of them six years ago, in addition to the Brotherhood’s looting of 4 billion riyals collected as donations from the employees of the Cleaning Fund, except Brotherhood elements seized them, in addition to seizing 200 homes in the city of Taiz.

With the outbreak of demonstrations and until their crimes were concealed, the armed Brotherhood elements stormed the Industry and Trade Office in Taiz Governorate on June 11 and stole all its contents, including documents condemning the practice of the former director of the office affiliated with the Brotherhood’s Islah Party, Ahmed al-Mujahid, its monopolistic practices, and acts of corruption he was committing.

Not only that, but the Brotherhood’s Islah Party pushed thugs to infiltrate the marches of citizens on Saturday, June 12, attacking men and women demonstrators. They even tore down all the banners raised by the demonstrators calling for the corrupt Brotherhood to be held accountable.

It should be noted that the demonstrators raised slogans condemning the deteriorating living and economic conditions, and they demanded the need to dismiss and hold the corrupt in all institutions accountable, whether in the military or civil corps and anyone who supports corruption. They also demanded the need to reveal the fate of a number of forcibly disappeared activists. The protesters stressed that any demonstration in Taiz that does not target corruption is just political fraud through which it serves parties that are the basis of corruption.

It is worth noting that what the Brotherhood’s Islah Party is doing in Taiz is evidence that the Brotherhood in general has taken over the reins of power in a country and corrupted it, although the leaders of that group have always been working to attract different segments of society in different ways, including by distributing goods for free and giving bribes so that citizens vote for them in the elections, whether parliamentary or presidential, just as happened in Egypt during the rule of late President Mohamed Morsi, where Egypt witnessed during the Brotherhood’s rule many crises that caused the Egyptians to demonstrate on June 30, 2013, to demand the departure of the Brotherhood. Now, Yemenis dream of repeating the Egyptian scenario and bringing down the Brotherhood in Taiz and all of Yemen.