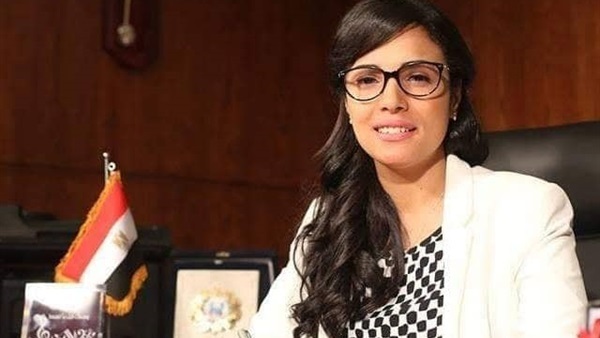 Music is as old as time

Nature is filled with rhythm and melodies, filling the human being with orderly rhythm. The impulses in his body are rhythmic. With its imbalance, the whole body is disrupted. With its cessation, life ceases. Likewise, the heart and its beats, breathing with inhalation and exhalation, the stomach and intestines in their regular contractions and relaxations to push food from ingestion until it is expelled from the body, all of that and more proceeds according to various rhythms. Because they are regular, integrated and homogeneous, if something is disturbed in them, the whole body will become ill.

From here came the idea of regulating the internal rhythm of the human being through music, with its multiple rhythms assigned to each disease condition.

The use of music for the health, happiness and comfort of man is well known all over the world. It is recognized that music is not only a recreational thing, nor is it confined to the field of philosophy or worship. Rather, it has been used to influence the mental, emotional, physical and involuntary movements. It is the language of emotions and feeling, changing feelings and emotions in all its forms, whether fun or sad, quiet or violent. Driving to calm and contemplation, or driving to enthusiasm and revolution.

Music and therapy are companions, unseparated throughout human history. Music is one of the oldest therapeutic methods, having been used since ancient times in a primitive way. Then it developed to what it has reached in our era, based on studies and experiences that accept further development.

Music therapy has a long history, like any science. It started with myth and then moved to the stage of science. It is the story of man with various natural phenomena, and his social, psychological and physical life.

Art and beauty in human life

Debus said, “The most important characteristic of man is his uniqueness by possessing human qualities and characteristics that distinguish him from the rest of creation. What develops it are his artistic faculties in general and his musical abilities in particular. Human nature is the result of interaction between all the combinations inside the human being and what is outside the environment.”

A person’s sensory experience is what determines the extent of his interaction with his environment, and this is a fact that we see in the various phenomena of life. Young children, and even animals, do not develop healthy growth unless they are provided with sensory influences and experiences. The sensory perception of the child is part of his physical formation, which involves biological and psychological functions that are closely related.

We rely entirely on our senses, even for the most basic of information. Our five senses – hearing, sight, touch, smell, and taste – are the ones that receive information and stimuli and deliver them to the brain, and each of them has its own effect. From the sum of these influences, the person’s aesthetic sense grows, or in other words, his artistic taste grows.

Hence the function of music or other arts in human life comes to enrich his spiritual world and benefit his healthy life.

It is difficult to achieve a healthy harmony between physical and spiritual growth unless our human perceptions are opened in an artistic atmosphere that enriches our aesthetic sense. Therefore, it is not possible to understand or explain mental shortcomings or the inability to feel art and beauty in isolation from the conditions of the environment and the various aspects that surround. We do not ignore the monotony of artistic influences that cannot lead to the desired mental growth.

If financial creativity and a sense of it are among the most important characteristics of a human being, then it is natural that there is a relationship between the lack of an aesthetic sense and the emergence of cases of illness or special needs. The mental development of a child who is raised in an environment that lacks artistic impact and natural feelings is proportionate with his sensory influences, and this leads to a permanent deficiency in the growth of his intelligence; not only behavior, but also anatomical and chemical clues.

When isolating some experimental animals from sensory stimuli, Weiskrantz found damage to the eyes, and Lieberman found changes in ribonucleic acid in the body. Experiments showed that continuing to deprive the body of stimuli leads to changes in the electroencephalogram.

Likewise, deprivation of sensory stimuli is not only harmful to young children, but leads adults to abnormal behavior, losing their sense of self, and hallucinations may also occur.

All these experiences and facts show that an appropriate amount of sensory stimuli, with some renewal, is very necessary for the body’s state of health. There is a sensory hunger for sights, sounds, rhythms, shapes and structures, especially for children, and satisfying them is necessary for growth and intelligence. Just as the motives for seeing, hearing, touching, tasting and smelling are natural and urgent, a person cannot live without aesthetics.

In general, it can be said that the two most prominent characteristics in the development of man and the growth of his interaction with the environment are the influence of the society in which he lives and the development and complexity of his brain.

In fact, it is the auditory sensory experience of man that determines the extent of his interaction with his environment. The sensory perception of the child is part of his physical formation, which includes biological and psychological functions that are highly interconnected and mixed.

Although all our senses give us a kind of feeling, we cannot say, for example, that sound effects are less realistic than other sensory effects. Our senses provide the basic material for what our intelligence will be, and just as surely, what our aesthetic sense will be.

The greater the sensory development of a person, the greater the external world is for him, and this is precisely the function of the arts in general, and music in particular, in the life of man to enrich his spiritual world, and from here its therapeutic effect stems.

The president of the International Society of Artistic Medicine said that this trend has become a new social movement in the field of medicine. He added that the painter Henri Matisse was correct when he carried his paintings with him to the room of his sick friends in France, where he was convinced that colors are able to improve health. Doctors in some American hospitals were encouraging AIDS patients to use pens or brushes to express their feelings, while in another hospital in Florida, patients join 200 artists in a hall for painting, sculpture, music and dance in order to benefit from the arts in the therapeutic process.