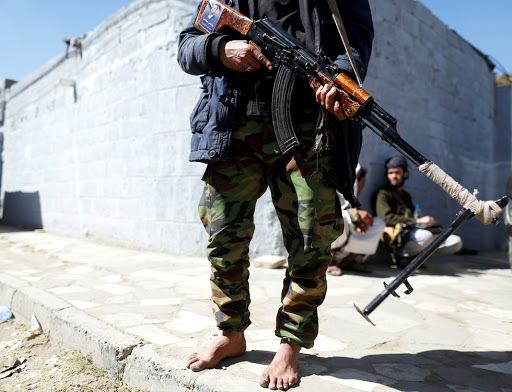 The US Treasury Department announced imposing sanctions on a smuggling network that assists Iran’s Quds Force and the Houthis in Yemen, in a move welcomed by the Yemeni government.

The network, run by the Iran-based Houthi financier Sa’id al-Jamal, generates millions of dollars from the sale of goods such as Iranian oil, the US Treasury said.

The Treasury Department said that a large portion of the proceeds is channeled through a complex network of intermediaries in multiple countries to the Houthis in Yemen, noting that the 11 other ships, companies and individuals targeted by the sanctions besides Jamal, play a key role in this illegal network.

The Treasury stated that the sanctions include Yemeni government and Houthi elements who facilitated financial transfers to the Houthis.

According to the US Treasury, Jamal operates a network of companies and ships that smuggle fuel, petroleum products and other goods from Iran to clients across the Middle East, Africa and Asia.

This revenue helps fund the destabilizing regional activities of the Yemeni militia, Iran’s Quds Force, and others, including Lebanon’s Hezbollah.

Jamal also maintains contacts with Hezbollah and works with it to send millions of dollars to support the Houthis. The US Treasury’s Office of Foreign Assets Control designated the Gabon-flagged ship Triple Success, which Jamal used to smuggle Iranian petroleum products from Iran, as part of the sanctions list.

A group of businessmen and shipping experts support the Jamal network, allowing it to illegally sell Iranian goods abroad and return profits to terrorist entities.

Andrea Gacki, director of the Office of Foreign Assets Control, said financial support for this network is helping the deplorable Houthi attacks that threaten vital civilian infrastructure in Yemen and Saudi Arabia.

“These attacks undermine efforts to end the conflict and, most tragic, are playing a role in the starvation of tens of millions of innocent civilians,” she added in a statement.

Gacki noted that the suffering of millions of Yemenis is a matter of grave concern to the United States, adding that Washington will continue to hold those responsible for the widespread misery to account and deny them access to the global financial system.