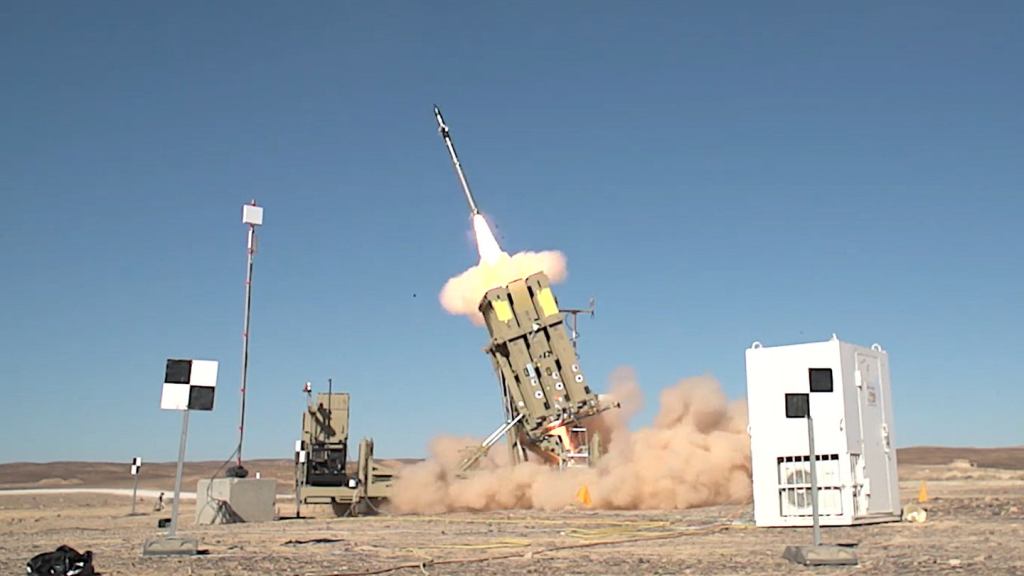 Russia is preparing to supply Iran with an advanced satellite system that will boost Tehran’s ability to surveil military targets, officials say

Russia is preparing to supply Iran with an advanced satellite system that will give Tehran an unprecedented ability to track potential military targets across the Middle East and beyond, according to current and former U.S. and Middle Eastern officials briefed on details of the arrangement.

The plan would deliver to the Iranians a Russian-made Kanopus-V satellite equipped with a high-resolution camera that would greatly enhance Iran’s spying capabilities, allowing continuous monitoring of facilities ranging from Persian Gulf oil refineries and Israeli military bases to Iraqi barracks that house U.S. troops, the officials said. The launch could happen within months, they said.

While the Kanopus-V is marketed for civilian use, Iranian military officials have been heavily involved in the acquisition, and leaders of Iran’s elite Islamic Revolutionary Guard Corps have made multiple trips to Russia since 2018 to help negotiate the terms of the agreement, the officials said. As recently as this spring, Russian experts traveled to Iran to help train ground crews that would operate the satellite from a newly built facility near the northern city of Karaj, the officials said.

Details of the agreement were described by a current and a former U.S. official as well as a senior Middle Eastern government official briefed on the sale. The three officials spoke on the condition of anonymity, citing sensitivities surrounding ongoing intelligence collection efforts. The Russian Foreign Ministry in Moscow did not respond to an email request for comment.

The disclosures came as President Biden is preparing for his first meeting with Russian President Vladimir Putin. The imminent launch of a Russian-made Iranian satellite could add to a long list of contentious issues that have strained relations between Moscow and Washington, including most notably recent Russian hacking operations and efforts to interfere with U.S. elections. Opponents of the U.S. reentering the nuclear accord with Iran are also likely to seize on the disclosure to argue against any engagement with Tehran that doesn’t address its military ambitions in the region.

If fully realized, the deal with Russia would represent a significant boost for an Iranian military establishment that has struggled in its own attempts to put a military reconnaissance satellite into orbit. After several prominent failures, Iran last year successfully launched an indigenous military satellite dubbed Noor-1, but the spacecraft was quickly derided by a senior Pentagon official as a “tumbling webcam.”

Under the agreement, Iran’s new satellite would be launched in Russia and would feature Russian hardware, including a camera with a resolution of 1.2 meters — a significant improvement over Iran’s current capabilities, though still far short of the quality achieved by U.S. spy satellites or high-end commercial satellite imagery providers. More important, Iran would be able to “task” the new satellite to spy on locations of its choosing, and as often as it wishes, the officials said.

“It’s not the best in the world, but it’s high-resolution and very good for military aims,” said the Middle Eastern official familiar with the satellite’s hardware package. “This capability will allow Iran to maintain an accurate target bank, and to update that target bank within a few hours” every day.

Equally concerning, the official said, is the possibility that Iran could share the imagery with pro-Iranian militia groups across the region, from the Houthi rebels battling Saudi-backed government forces in Yemen to Hezbollah fighters in southern Lebanon and Shiite militias in Iraq and Syria. Pro-Iranian militias have been linked to repeated rocket attacks on Iraqi military bases that are home to U.S. troops and military trainers.

While key aspects of the satellite’s capability have been kept under wraps, Iran and Russia both publicly disclosed their intention to go into the space business together. As far back as 2015, Iran’s Press TV news service reported that Iranian and Russian companies had entered an arrangement that would allow Iran to acquire a “remote-sensing system which can be employed for collecting information about the Earth’s surface, atmosphere and oceans.”

The article listed the deal’s Russian partners as NPK BARL and VNIIEM, two firms that would build and launch the satellite in a partnership with the Iranian state-operated trade company Bonyan Danesh Shargh and the Iranian Space Agency.

Independent experts and analysts said Iran’s new spying capabilities would be especially worrying, given Tehran’s recent advances in missile guidance systems. Iran is producing an array of ballistic missiles and drones that are able to strike distant targets with precision, and access to improved satellite imagery could make them even more effective, some said.

“Having this kind of on-call data feed may open up technical and operational possibilities that the Iranians previously didn’t have,” said Christopher Ford, the State Department’s top nonproliferation official under the Trump administration. “It sounds like a significant upgrade, not just a slight slide up the slope in terms of potential military applications.”

Other experts noted that Iran has previously managed to acquire high-resolution images by presumably purchasing them from commercial satellite companies, although Tehran’s ability to obtain real-time data about potential military targets was limited.

“A domestic capability to take those pictures is something the military wants, because it’s valuable to them,” said Jeffrey Lewis, a nonproliferation expert and professor at the Middlebury Institute of International Studies in Monterey, Calif. He added that acquiring Russian technology essentially would allow the Iranians a faster path to a capability they would have acquired on their own, given enough time.

“Is Iran’s military delighted? Yes, it is, and this is a real change,” Lewis said. “But it was going to happen sooner or later.”