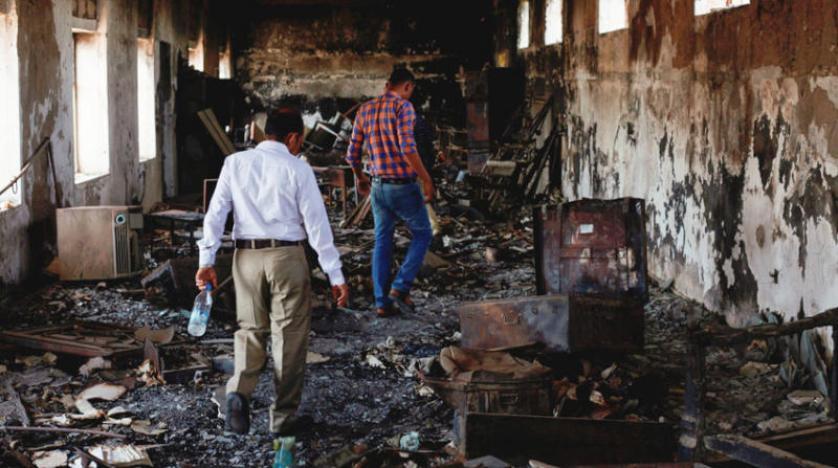 A number of prominent Republicans in the Senate called on the US administration to shed light on the human rights violations committed by the Houthis in Yemen.

The senators sent a letter to US Permanent Representative to the United Nations Linda Thomas-Greenfield asking her to bring “international attention to the violent human rights abuses committed by the Iranian-backed Houthis in Yemen.”

“The Houthis are actively working to change the very fabric of Yemeni society. As the self-professed custodians on the Yemeni state, the Houthis have engaged in the mass indoctrination of Yemenis. This poses a very serious and long-term dilemma for regional security – one that will almost certainly ensure Yemen remains stuck in a cycle of violence, war, and regression,” the letter read.

Led by Republican Senator Jim Risch – the top Republican on the Foreign Relations Committee – the senators expressed “serious concern over the systematic and widespread human rights abuses perpetrated by the Iranian-backed Houthis in Yemen.”

“For too long, the international community has turned a blind eye to Houthi atrocities. This lack of international attention has led to a culture of impunity, and, as a result, the Houthis today are less willing to negotiate in good faith,” they stated.

“It is crucial that attention is focused to Houthi actions in order to prevent any expansion of their de-facto controlled territory, which would further undermine the prospects for peace in Yemen,” the US senators added.

The letter stressed that the Houthis have developed a repressive intelligence apparatus to maintain power, which operates outside normal “state” control and reports directly to the movement’s senior leader, Abdulmalik al-Houthi.

“Reflective of the pervasive influence of Tehran and its “axis of resistance,” they wield this control violently, using fear, repression, and intimidation to suppress dissent,” the senators emphasized.

Urging the US Permanent Representative to the United Nations to highlight this issue, the senators said: “By shedding light on the reality of Houthi rule, we hope to prevent an impending humanitarian disaster in this strategically important government stronghold. To this end, we ask that you use your voice and vote at the United Nations Security Council to ensure that Houthi human rights abuses are included in meetings, statements, and resolutions regarding the Yemen conflict.”