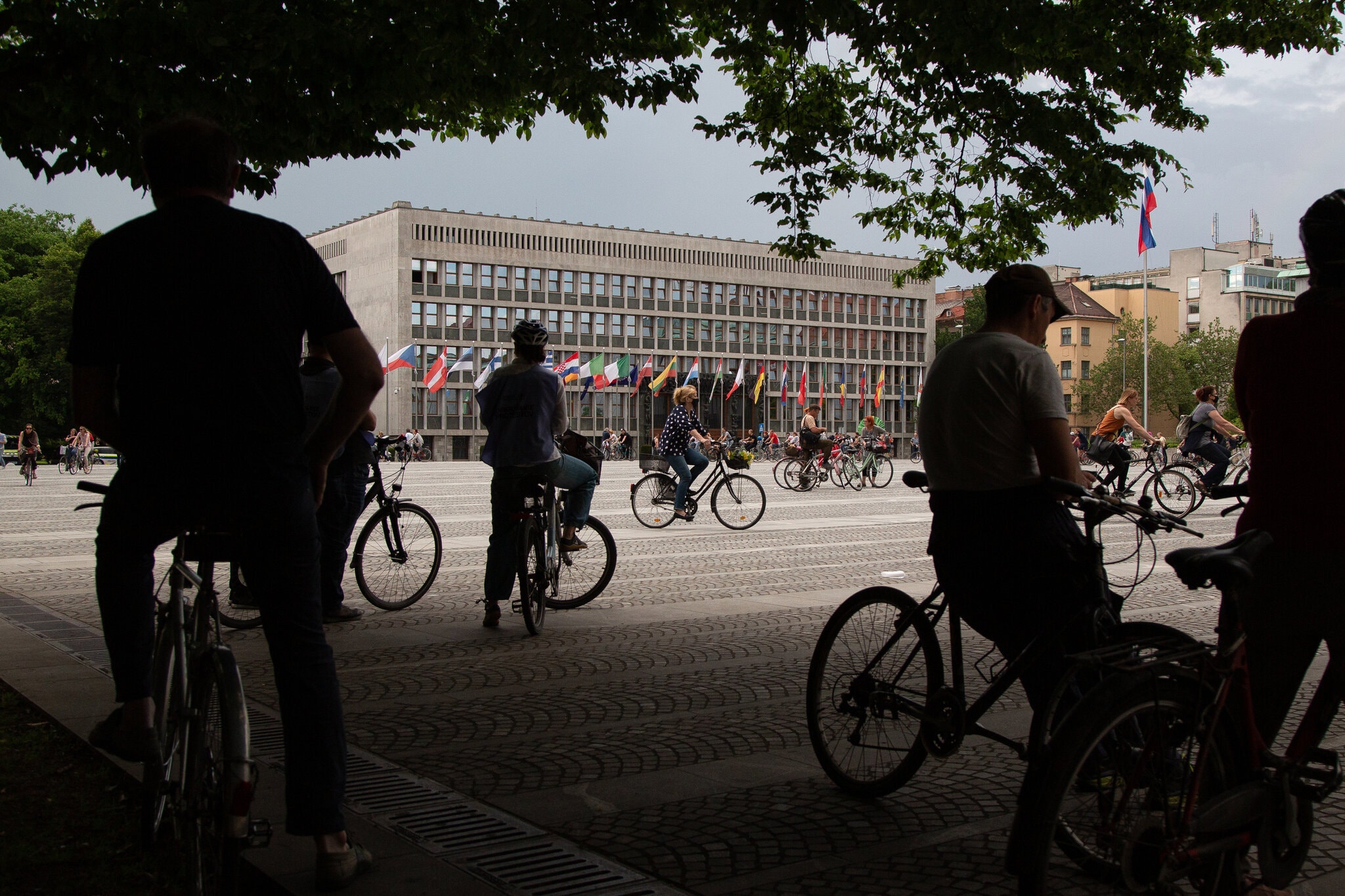 The leaders of Slovenia, Hungary and Poland, who rode to power on waves of anti-elitism anger, face rising opposition over their pandemic responses and heavy-handed policies.

A right-wing populist wave in Eastern Europe, lifted by Donald J. Trump’s surprise victory in 2016, has not crashed as a result of his defeat last November. But it has collided with a serious obstacle: Its leaders are not very popular.

After winning elections by railing against widely disliked elites, right-wing populists on Europe’s formerly communist eastern flank, it turns out, are themselves not much liked. That is due in large part to unpopular coronavirus lockdowns, and, like other leaders no matter their political complexion, their stumbling responses to the health crisis. But they are also under pressure from growing fatigue with their divisive tactics.

In Hungary, Prime Minister Viktor Orban is being countered by an uncharacteristically united opposition. In Poland, the deeply conservative government has made an abrupt shift to the left in economic policy to win back support. And in Slovenia, the hard-right governing party of the Trump-loving prime minister is slumping disastrously in the polls.

Slovenia’s leader, Janez Jansa, who made international headlines by congratulating Mr. Trump on his “victory” in November and is a self-declared scourge of liberal, or what he calls communist, elites, is perhaps the most at risk of the region’s unpopular populists.

Propelled by nationalist promises to bar asylum seekers from the Middle East and “ensure the survival of the Slovenian nation,” Mr. Jansa’s Slovenian Democratic Party won the most votes in a 2018 election. Last year, a new coalition government led by the party had an approval rating of 65 percent.

This has since plunged to 26 percent and Mr. Jansa is so unpopular that allies are jumping ship. Street protests against him have attracted as many as tens of thousands of people, huge turnouts in a normally placid Alpine nation with a population of just two million.

Mr. Jansa has staggered on, narrowly surviving a no-confidence vote in Parliament and a recent impeachment attempt by opposition legislators and defectors from his coalition.

But he has been so weakened “he does not have the power to do anything” other than curse foes on Twitter, said Ziga Turk, a university professor and cabinet minister in an earlier government headed by Mr. Jansa, who quit the governing party in 2019.

An admirer of Hungary’s Mr. Orban, Mr. Jansa has sought to bring the news media to heel, as nationalist governments in Hungary and Poland have largely succeeded in doing, at least with television.

But the only television station that consistently supports him, a bombastic and partly Hungarian-funded outfit called Nova24TV, has so few viewers — less than one percent of the television audience on most days — that it does not even figure in ratings charts.

Slavoj Zizek, a celebrity philosopher and self-declared “moderately conservative Marxist” — one of the few Slovenians well-known outside the country, along with Melania Trump — said it was too early to write off leaders like Mr. Jansa, Mr. Orban and Jaroslaw Kaczynski of Poland, whose three countries he described as a “new axis of evil.”

Nationalist populists, he said, have rarely won popularity contests. Their most important asset, he said, has been the disarray of their opponents, many of whom the philosopher sees as too focused on “excessive moralism” and issues that do not interest most voters instead of addressing economic concerns.

That nationalist populism remains a force is demonstrated by Marine Le Pen, the French far-right leader. Her party fared poorly in regional elections over the weekend but opinion polls indicate she could still be a strong contender in France’s presidential election next year. She has done this by softening her image as a populist firebrand, ditching overt race-baiting and her previous and very unpopular opposition to the European Union and its common currency, the euro.

Having never held high office, Ms. Le Pen has also avoided the pitfalls encountered by populists in East and Central Europe who have been running governments during the pandemic.

Hungary, Europe’s self-proclaimed standard-bearer of “illiberal democracy” under Mr. Orban, has had the world’s highest per capita death rate from Covid-19 after Peru.

Poland and Slovenia have fared better but their right-wing governing parties, Law and Justice and Mr. Jansa’s Slovenian Democratic Party, have both faced public anger over their handling of the pandemic.

The biggest danger to leaders like Mr. Jansa and Mr. Orban, however, are signs that their quarrelsome opponents are finally getting their act together. In Hungary, a diverse and previously feuding array of opposition parties has united to compete against Mr. Orban’s ruling Fidesz party in elections next year. If they stick together, according to opinion polls, they could well win.

In Slovenia, Mr. Jansa has rallied a loyal base of around 25 percent of the electorate but has been “even more successful at mobilizing his many opponents,” said Luka Lisjak Gabrijelcic, a Slovenian historian and a disenchanted former supporter. “His base supports him but lots of people really hate him.”

This includes the speaker of Parliament, Igor Zorcic, who recently bailed from Mr. Jansa’s coalition. “I do not want my country to follow the model from Hungary,” he said.

Mr. Gabrijelcic said he quit Mr. Jansa’s party because it “turned too nasty,” moving away from what he had viewed as a healthy response to stale center-left orthodoxy to become a haven for paranoiacs and nationalist hatemongers.

Across the region, he added, “The whole wave has lost its momentum.”

Mr. Trump’s defeat has added to its malaise, along with the recent toppling of Israel’s longtime leader, Benjamin Netanyahu, whose pugnacious tactics have long been admired by nationalist leaders in Europe, despite the anti-Semitism that infects parts of their base.

Mr. Trump’s presidency was never the trigger for Europe’s populist surge, whose leaders had been around and winning votes for years before the New York real estate developer announced his candidacy.

But Mr. Trump did give cover and confidence to like-minded politicians in Europe, justifying their verbal excesses and placing their struggles in small, inward-looking countries into what seemed an irresistible global movement.

The danger now that Mr. Trump has gone, said Ivan Krastev, an expert on East and Central Europe at the Institute for Human Sciences in Vienna, is that the once “confident populism” of leaders like Mr. Jansa and Mr. Orban morphs into a more dangerous “apocalyptic populism” of the kind that has gripped segments of the right in the United States.

But America’s political convulsions, he added, are less relevant to Eastern Europe than the fall of Mr. Netanyahu in Israel, a country that he described as the “true dream of European nationalists” — an “ethnic democracy” with a strong economy, capable military and an ability to resist outside pressure. The “negative coalition against Netanyahu,” he said, deeply shocked Europe’s right-wing populist leaders “because Israel was their model.”

Mr. Turk, the former Slovenian minister, said liberals had exaggerated the menace posed by Europe’s nationalist tilt but that the polarization is very real. “The hatred is even more extreme than in the United States,” he lamented.

Eager to present an image of calm respectability for Europe’s cantankerous illiberal movement, Mr. Orban in April hosted a meeting in Budapest of like-minded leaders committed to creating a “European renaissance based on Christian values.”

Only two people showed up: Matteo Salvini, a fading far-right star in Italy who crashed out of government in 2019, and Poland’s beleaguered prime minister, Mateusz Morawiecki.

Intended to signal the strength of Europe’s right-wing populist insurgency, the Budapest conclave “was more a desperate step to hide that they are in decline,” said Peter Kreko, the director of Political Capital, a Budapest research group.

Faced with the prospect of losing next year’s election, Mr. Orban has focused on revving up his base with issues like L.G.B.T.Q. rights and migration, just as the Law and Justice party did in Poland last year during its successful presidential election campaign.

In Poland, the Law and Justice party has since taken another tack, apparently deciding that it needs more than divisive cultural and historical issues to win future elections.

In May it embraced measures traditionally associated with the left like higher taxes on the rich and lower levies on the less well-off, and support for home buyers. That came after its popularity ratings fell from around 55 percent last summer to just over 30 percent in May, due in part to the pandemic but also because of anger, particularly in large towns, over the tightening of already strict laws against abortion.

When it comes to alienating voters, however, nobody rivals Mr. Jansa of Slovenia, who has made scant efforts to reach beyond his most loyal supporters, casting critics as communists and stirring up enmities that date back to World War II.