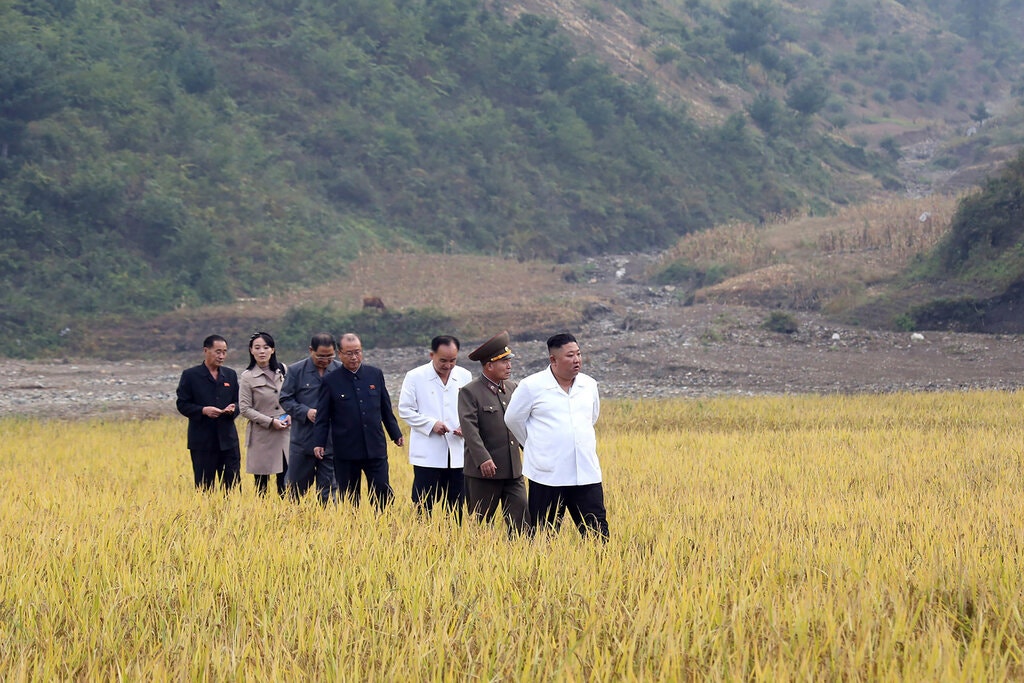 Kim Jong-un said addressing food insecurity was “a top priority” in the country, where millions died in a famine during the ’90s.

North Korea is bracing itself for a possible food crisis in the coming months.

Kim Jong-un, the North Korean leader, issued a rare warning about a “tense” food situation brought about by extensive flooding, the coronavirus pandemic and international sanctions, the state news media reported on Wednesday.

Mr. Kim convened the Central Committee of his ruling Workers’ Party on Tuesday to assess the state of affairs in his isolated country, and said resolving the food shortage was “a top priority,” according to the official Korean Central News Agency.

“In particular, the people’s food situation is now getting tense as the agricultural sector failed to fulfill its grain production” after flood damage, Mr. Kim was quoted as saying in the meeting. “It is essential for the whole Party and state to concentrate on farming.”

Although it is no secret that North Korea’s economy is in trouble, it is highly unusual for Mr. Kim to acknowledge a national food shortage as publicly and clearly as he did this week.

In its latest assessment of the country’s food insecurity, the United Nations’ Food and Agriculture Organization warned that if the country’s food shortage is not covered by imports or foreign aid, “households could experience a harsh lean period between August and October.”

Mr. Kim’s warning came two months after he ordered his party to wage an “arduous march” to relieve the economic pain of his people. The April remarks caught the attention of some outside analysts because the term “arduous march” is usually invoked by the North to refer to a crisis that must be overcome, such as the famine in the 1990s that caused millions of people to die.

So far, no sign has emerged from North Korea that the country is in danger of another devastating famine, but South Korean reporters monitoring market prices in North Korea said that the price of rice has been rising sharply in recent weeks.

Many essential goods, including medicine, are also becoming more scarce, as the pandemic forced North Korea to close its border with China, its only major trading partner, said Jiro Ishimaru, chief editor of Asia Press International, a website in Japan that monitors North Korea with the help of clandestine correspondents inside the country.

Some families have begun selling furniture to raise cash for food, Mr. Ishimaru said. The number of homeless children scavenging for food is also on the rise in some parts of the country, though it is difficult to reliably assess the situation, given North Korea’s isolation, he said.

Mr. Kim’s acknowledgment of North Korea’s food shortage was another sign that his economic policies were not working.

When he took power a decade ago, one of his first promises was to ensure that his long-suffering people would “no longer have to tighten their belt.” But those economic plans suffered a setback when the country’s growing weapons arsenal led to punishing international sanctions. Mr. Kim’s efforts to lift the sanctions went nowhere when his diplomacy with former President Donald J. Trump collapsed in 2019.

When the pandemic and floods hit the country last year, Mr. Kim ordered his country to reject any international aid for fear that outside help would lead to a possible Covid-19 outbreak. (North Korea claims to have no cases of Covid-19, but outside health experts remain skeptical, given the country’s poor public health system.)

Last October, when he addressed a large crowd during a military parade celebrating his party’s anniversary, Mr. Kim appeared to hold back tears as he apologized for failing to improve the lives of his people. In January, he once again admitted to his economic failures, announcing a new five-year plan and vowing to strengthen the country’s nuclear and missile capabilities.

He has since promised to lead his country through the sanctions by building a “self-reliant economy” that produces more goods at home and depends less on trade with the outside world. On Wednesday, North Korea claimed that its industrial output had grown by 25 percent this year.

North Korea’s grain production was estimated to have dropped from 4.64 million tons in 2019 to 4.4 million last year, the Korea Development Institute of the South said in a report published this month. That creates an overall grain shortage of 1.35 million tons this year. North Korea has always suffered annual grain shortages, though the country has tried to fill the gap with trade and international aid, especially from China.

“This year, the North’s food shortage is of a scale that it cannot handle on its own,” said Kwon Tae-jin, the author of the Korea Development Institute report. North Korea must relax its control on market activities and ask for “large-scale food aid” from Beijing to help relieve the food shortage, Mr. Kwon said.

The North also indicated on Wednesday that the party meeting would include a discussion on how to respond to the Biden administration’s recent North Korea policy statements, saying the agenda included “analyzing the current international situation and our Party’s corresponding direction.”

During a summit in Washington last month, President Biden and his South Korean counterpart, Moon Jae-in, agreed to ​seek “diplomacy and dialogue” with the North, and to build on the 2018 Singapore agreement, which Mr. Trump signed with Mr. Kim. Washington also said it would take a “calibrated” and “practical” approach ​toward the country and appointed a new special envoy on North Korea.