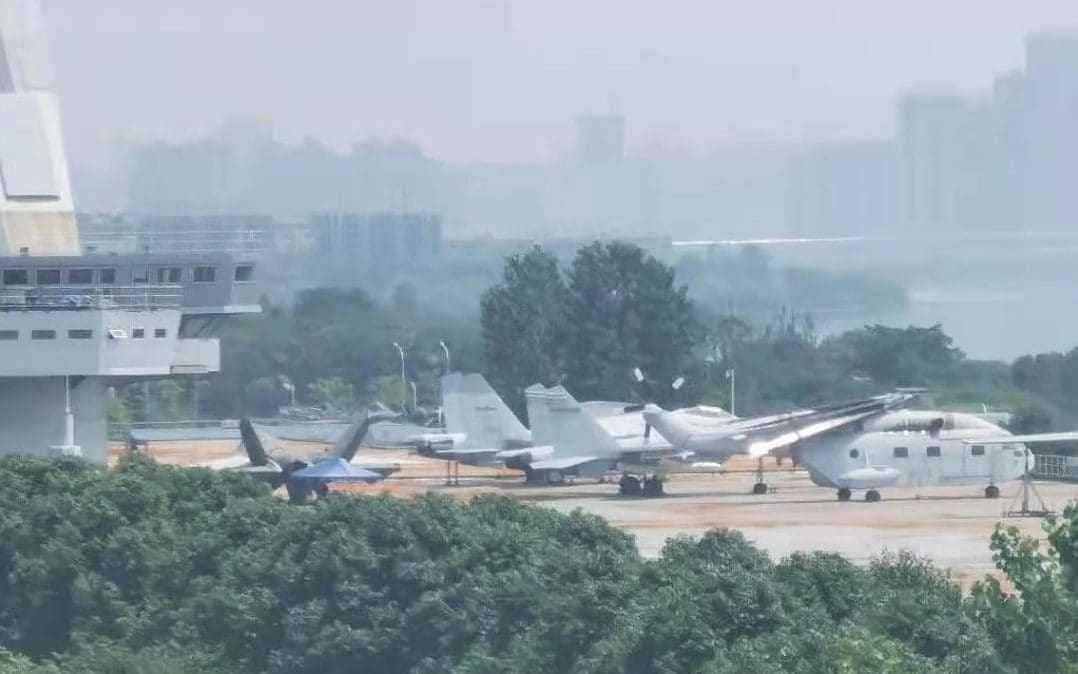 China will deploy a new stealth fighter on its upcoming aircraft carrier as it seeks to rival the capabilities of the US Navy.

A model of the stealth FC-31 Gyrfalcon, which is similar to the US F-35, was spotted positioned on a mock-up of an aircraft carrier at a Chinese test site in Wuhan.

The plane has been in development for a decade, with the first prototype flown in 2013, and would increase China’s military power at sea.

It is likely to be deployed alongside China’s increasing military presence in the heavily contested South China Sea, where Britain’s new HMS Queen Elizabeth is set to sail in one of its maiden operational voyages.

China is building a third aircraft carrier known as “003” and may end up with six.

The appearance of the FC-31 there indicates it will be used on future Chinese carriers.

Models of aircraft were lifted on to the fake carrier in Wuhan and moved around as part of the testing process.

Previous plane models seen at the Wuhan site have later been brought into service on carriers. The FC-31 was captured in an undated photograph circulated on social media.

It was seen parked alongside non-stealth J-15s and a Z-18 helicopter.

Those aircraft are already positioned on the two Chinese aircraft carriers Liaoning and the Shandong. The larger “003” could come into service as soon as 2025.

Shenyang Aircraft Corporation is developing the twin-engine FC-31. Its use on aircraft carriers had been anticipated by US military officials.

In a report to Congress last year on Chinese weapons the Pentagon said: “Development continues on the smaller FC-31 for export or as a future naval fighter for it next class of aircraft carriers.”