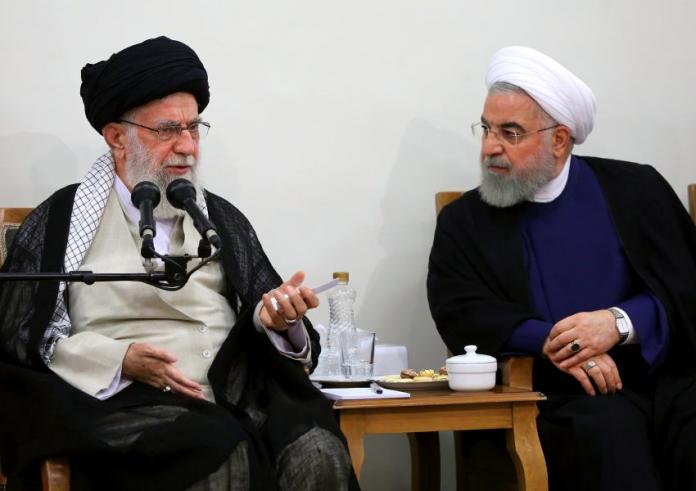 The Iranian parliament has begun preparing a law to suppress freedoms on social media, just days before the presidential election, as the mullahs fear that social media will play a role in creating an impact that threatens the regime’s survival. The law punishes with dismissal, imprisonment and a fine for those who violate it.

Iranian Supreme Leader Ali Khamenei was keen to point out the role of social media on March 21, saying, “All countries of the world manage their cyberspace, and this space can have a significant impact on the country’s situation and future.”

Khamenei’s speech reflects the extent of the Iranian regime’s fear of the impact of social networking sites such as Twitter, Instagram, Telegram, Club House and others. Despite blocking some of these sites in the country, internet users resort to using programs to circumvent authoritarian control of the web.

Tehran MP Reza Taghipour said that 170 parliamentarians had signed the Cyber Security Law, pointing out that it was time to review the parliament’s open court in order to pass the law.

The law to be passed by the Iranian parliament subjects all social media to a guillotine and a security fist, and it establishes duties and responsibilities for supervising the activities of access and hosting service providers mentioned in the chapter on computer crimes of the Iranian Penal Code and Article 10 of the Code of Criminal Procedure.

Violators of the provisions of Memorandums 1 and 2 of Article 14 shall be punished with temporary dismissal with deprivation from working in government jobs from six months to two years.

The law punishes with imprisonment of the sixth degree or with a fine or with both penalties for whoever attempts, without observing the provisions of Article 2 of the law, to provide social messengers and provide access to them by violating the blocking procedures.

The law also stipulates that the penalties stipulated in Article 731 of the Penal Code shall be imposed on anyone who causes in any way the publication of confidential documents and data in cyberspace, such as local and foreign messengers, according to what was published by the Iranian Tasnim agency, which is close to the Revolutionary Guard Corps.

The influence of social networking sites was clear on more than one occasion, including the Green Revolution that erupted in 2009 to protest the practices of the Revolutionary Guards, as well as in the 2017 elections, and the demonstrations that followed at the end of the same year and early 2018.

Recently, social networking sites inside Iran have witnessed calls to boycott the election or vote for the reformist current candidates. Hashtags circulated on Twitter and other sites, including “My vote to overthrow the regime” and “Yes to a democratic republic”, according to what was monitored by the People’s Mojahedin Organization of Iran (PMOI).

According to an opinion poll conducted by Radio Zamaneh, 83.5% will not participate in the presidential election, 6% have not decided yet, and 10.5% intend to participate.

Mohammad Majid, an Ahvazi journalist specializing in Iranian affairs, expects the Tehran regime to block Instagram, tweeting, “Khamenei, in his speech on the occasion of the Iranian New Year, attacked social media and considered it a factor to influence Iranian public opinion. It seems that Instagram will be blocked in the coming days in Iran.”