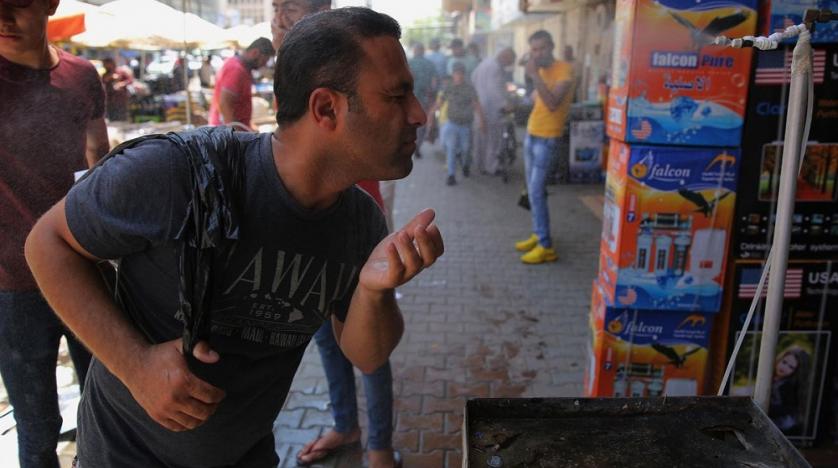 Iran halted its crucial supply of power to Iraq, fueling fears of protests Tuesday amid instability following the resignation of Iraq’s electricity minister.

Cash-strapped Iran has put pressure on Iraq’s government to release payments for power after falling into arrears. The development comes with months of scorching summer temperatures still to come, and ahead of much anticipated federal elections.

A call for protests in the oil-rich province of Basra, often the stage of power-related demonstrations, was distributed across social media giving the government until 6 pm Tuesday to restore power.

“Or else we will escalate and all of Basra’s streets will be cut off, and we will teach the officials a lesson they will never forget,” it said.

Iraq’s reliance on Iranian energy imports has geopolitical consequences and has been a source of ongoing tensions with the US Washington has conditioned successive sanctions waivers — enabling these imports to continue — on Iraq becoming more energy independent.

The stakes are high for Iraq’s government as electricity outages have routinely led to violent protests, particularly in the south. Federal elections are slated for Oct. 10, the first since mass anti-government protests swept the country in 2019.

Outputs from four cross-border electricity tie-lines from Iran to Iraq were at zero on Tuesday, according to Ministry of Electricity data seen by The Associated Press. The total cuts began this week, a ministry official said. The official requested anonymity because they are not authorized to brief media. In past weeks supply has fluctuated.

Gas and electricity imports from Iran often meet up to a third of Iraq’s power demands.

“Gas imports from Iran range from 1.5-1.8 billion cubic feet per day. Now, we see generation in the south collapsing below 1 (gigawatt), meaning not just these lines are offline but even gas flow is down.”

Iran feeds gas into Iraq through two pipelines used to power plants in Basra, Samawa, Nasiriyah and Diyala. Generation from these plants also plummeted, suggesting supply from Iran in these plants is also low.

The impact has been immediate.

In Basra, the province requires 4,000 megawatts but is currently receiving 830 MW. “It is a catastrophe,” said al-Maleki.

The cuts will deprive Iraqis of power to run hospitals, businesses and homes as temperatures rise.

With calls to demonstrate growing louder, many fear a repeat of violent protests that swept Basra in 2018. These also coincided with Iranian power cuts over non-payment issues.

Iraq owes Iran $4 billion for energy imports. The country’ economic crisis has caused delays in part, but even for money earmarked to pay for imports a complex payment scheme designed to evade US sanctions has slowed down transfers.

Through the scheme, Iraq is unable to pay Iran directly for the imports, but can pay for goods, medicines and other expenses related to Tehran’s diplomatic mission and Iranian companies working in Iraq. Recently, Iraq purchased vaccines for Tehran.

But Iran has complained the money is trickling in too slowly.