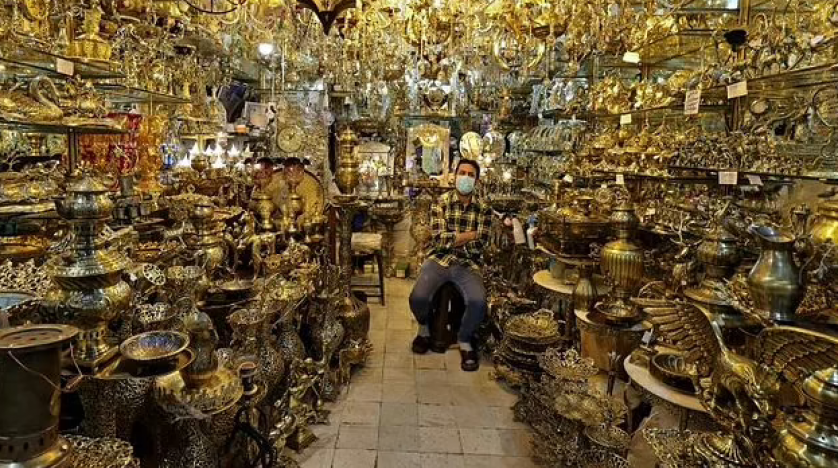 When Iranians vote for a new president next week, they will do so in the depths of an economic crisis brought on by crippling sanctions and worsened by the pandemic.

After years of international isolation, Iran’s 83 million people are suffering as jobs are scarce, prices are rising and hopes for a brighter future are dwindling for many.

“We don’t make any plans, we just live from day to day,” said Mahnaz, a 30-year-old saleswoman in a Tehran beauty products shop, summing up the glum mood, AFP reported.

Supreme leader Ayatollah Ali Khamenei acknowledged last month that “the main (problems) of the people” are youth unemployment and “the difficulties… of the underprivileged class”.

An ultraconservative candidate, judiciary chief Ebrahim Raisi, is seen likely to win the June 18 election, in another setback for the moderate and reformist camps that have long hoped for greater re-engagement with the world.

“We are facing the most serious macroeconomic crisis Iran has experienced since the 1979 revolution,” said Thierry Coville of the Institute for International and Strategic Relations in Paris.

Iran is mired in a “deep social crisis” and “the collapse of the purchasing power” of a large part of the population, he said, estimating that unemployment has “exploded” to 20 percent of the workforce.

The rial currency has collapsed, and prices have soared amid inflation which the IMF projects at 39 percent for this year.

Families are struggling to make ends meet, and on Tehran’s streets all the talk is about sky-rocketing prices, especially for meat, eggs and milk.

In his shop selling scarves in Tehran’s big bazaar, Fakhreddine, 80, said things are so bad now that he almost misses the era of the 1980-88 Iran-Iraq war, because back then at least “we had work”.

The dire situation stands in sharp contrast to high expectations after the Islamic republic struck its 2015 nuclear deal with world powers that promised the lifting of some international sanctions in return for limits on Tehran’s nuclear program.

There were high hopes for an influx of foreign investment after Iran’s pledge not to build or acquire nuclear weapons — a goal it has always denied pursuing.

But those hopes were dashed in 2018 when then-president Donald Trump withdrew the United States from the deal and launched or reimposed crippling sanctions as part of a sweeping “maximum pressure” campaign.

Foreign companies bolted, fearful of US sanctions, as Iran lost billions in crucial oil revenues and was locked out of the international financial system.

Iran was thrown into a deep recession and saw repeated bouts of street protests, as well as a backlash against the moderates and reformists around President Hassan Rouhani who had negotiated the deal.

The International Monetary Fund says Iran’s GDP fell by more than six percent in both 2018 and 2019 and only returned to modest growth last year.

When the Covid-19 pandemic struck, Iran quickly became the region’s worst-hit country. According to official figures, widely believed to underestimate the real toll, some three million people have been infected, of whom more than 81,000 have died.

Iran has been worn down by a decade of on-and-off sanctions, say analysts.

“Since 2011, about eight million individuals have descended from the middle class into the lower middle class strata, while the ranks of the poor (have) swelled by more than four million,” wrote economist Djavad Salehi-Isfahani in a recent study published by Johns Hopkins University.

“The problem was compounded by the arrival of the Covid pandemic in 2020. In addition to lacking resources to assist those who lost their jobs, the government has not been able to easily reach the majority of Iranian workers who hold informal jobs.”

The crisis has also sharply reduced infrastructure investment by the government, said Coville, who added that “it is no coincidence that we are starting to see power cuts in Iran,” referring to recent blackouts.

Iran’s conservative camp has long blamed the reformists for having naively trusted the West in agreeing the nuclear deal — but Rouhani on Wednesday defended the landmark achievement of his eight years in office.

“It was the nuclear deal that put the country on the path to (economic) development, and today the solution to the country’s problem is for everyone to go back to the deal,” he said.

“We don’t know any other way.”

All seven presidential candidates — including the five ultraconservatives who have repeatedly criticized the deal — now agree that Iran’s top priority is to get the United States to lift the sanctions.