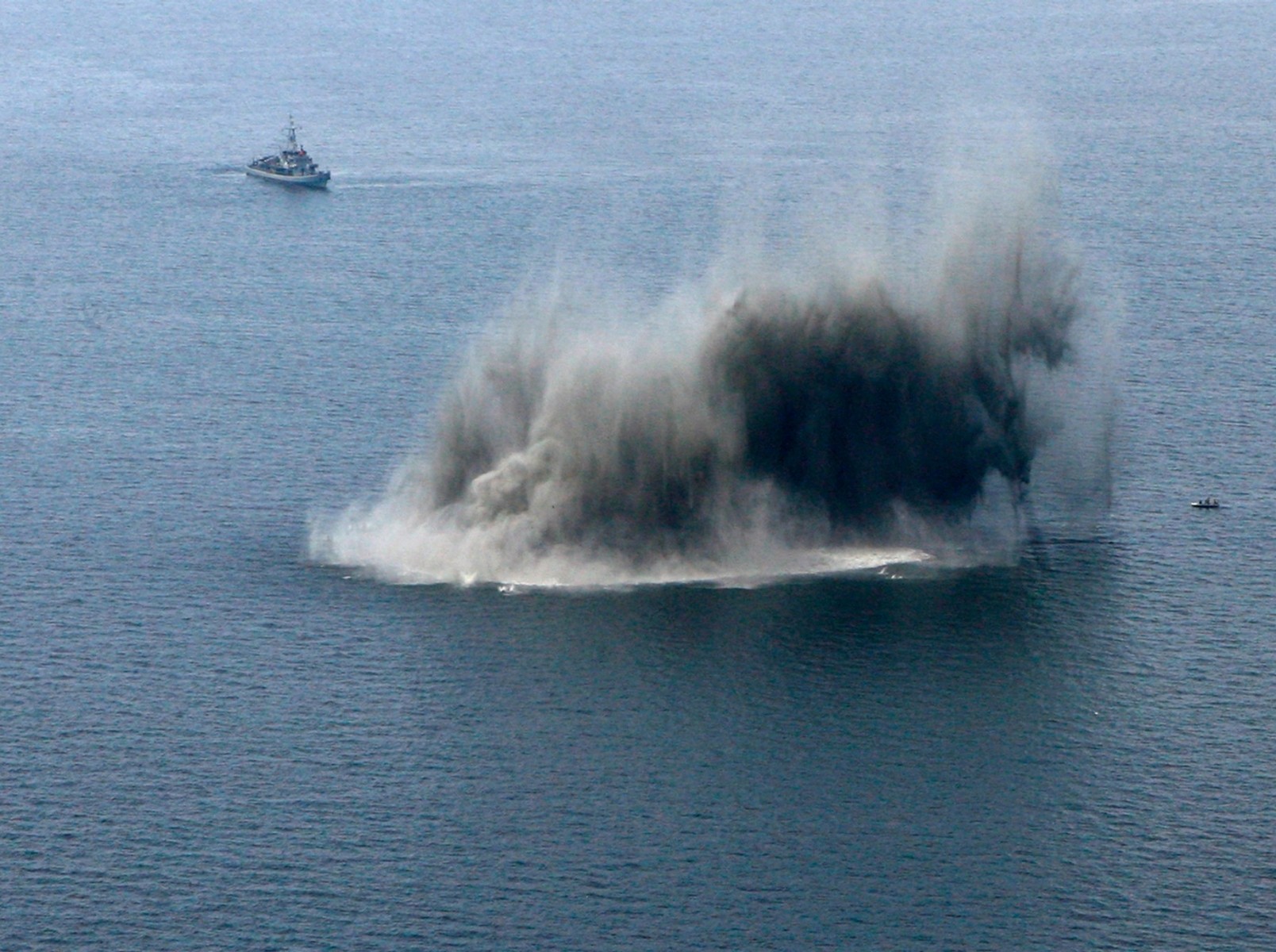 Not only does the Tehran-backed Houthi militia threaten the security of the Yemeni people, but the danger has increased to reach the global level within the framework of an Iranian scheme to control the Middle East and subject it to the authority of Vilayat-e Faqih.

The legitimate Yemeni government revealed the involvement of the terrorist militia in laying a network of mines in the Red Sea region in an effort to threaten the shipping lines passing through there, seriously threatening global navigation. The Yemeni army found a network of mines on the southern side of Suyul Island, one of the islands of the Hanish archipelago in the south of the Red Sea. The Yemeni joint forces on the western coast said in a statement that the militia supported by Tehran was stationed in the depths of the sea, detonating a network of naval mines.

It was liberated by the Arab coalition forces led by the Kingdom of Saudi Arabia at the end of 2015. According to the statement, the network of naval mines is among the remnants that the Houthis left behind after escaping, and was attached to a detonator deep in the Red Sea, 450 meters from land.

The joint forces indicated that the mine network was installed at the bottom of the Red Sea with a thoughtful design sufficient to detonate large areas in front of the movement of passing ships, and that the Yemeni Coast Guard and engineering teams were able to deal with and dismantle the network. They stressed that the type of mines used are among the weapons known to be used by the Iranian Revolutionary Guards Corps (IRGC), bearing evidence of the IRGC’s involvement in supporting the Houthis.

The size of the mine network reflects the extent of the danger and threat that the militia poses to the international shipping route. In late 2014, the Houthi militia planted thousands of mines on Yemeni islands and territorial waters in the Red Sea, and it is still encircling Kamaran Island near the port of Hodeidah with a complex network of floating mines anchored to the bottom of the sea.

Yemeni Minister of Water and Environment Tawfiq Al-Sharjabi announced that the naval mines planted by the Houthis are a form of systematic destruction that has been going on for seven years.

In a statement on the occasion of World Environment Day, the minister said the government warned of the potential repercussions of the oil tanker Safer, which has become a time bomb that may lead to the largest pollution disaster in modern history, after the militia continued its intransigence not to allow the United Nations team to start maintenance work on the tanker and contain the disaster.

The Yemeni official called on the international community to redouble the use of all means of pressure on the Houthis to “immediately unload the crude oil” stored in the tanker and to stop placing obstacles in order to avoid a disaster that threatens Yemen and the countries of the region and significantly affects food security and ecosystems in the Red Sea as well as the Gulf of Aden, which could also affect other areas if the matter is not remedied.