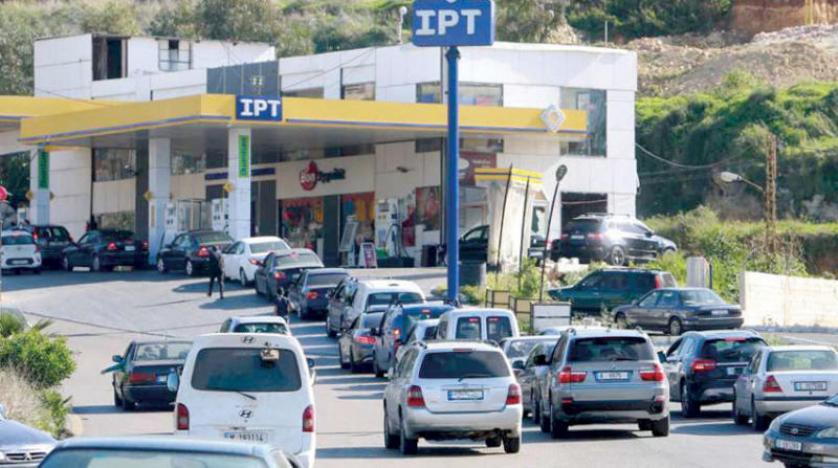 Calls by Hezbollah chief Hassan Nasrallah on the Lebanese government to buy fuel from Iran has sparked a wave of criticism and warnings that he was eroding what is left of Lebanon’s sovereignty.

Nasrallah had challenged the state to make a “bold” move to buy the fuel, otherwise his party would do so unilaterally. He made the suggestion even as the state may risk being slapped with US sanctions.

Lebanon has been grappling with a fuel crisis for months. It has deepened in recent weeks due to the severe rationing of the distribution of subsidized diesel fuel and car fuel. The Lebanese people are now forced to wait in endless queues at gas stations to fill up.

Nasrallah described the scene as “humiliating”, saying the state was “incapable” of taking a bold move because of the threat of American sanctions.

Washington has imposed severe sanctions on Iran and Lebanese banks have strictly avoided falling under its wrath.

The former Trump administration since 2018 has imposed sweeping sanctions aimed at ending all of Iran’s key oil exports, punishing any country that buys oil from it.

Head of the Justicia law firm, Dr. Paul Morcos stressed that American law prohibit the import of Iranian oil, which would put Lebanon in direct danger of sanctions should Nasrallah go ahead with his threat.

He told Asharq Al-Awsat that such a move will lead to numerous complications, such as the funding of the oil and how to ship it given Israel’s watchful eye in the Mediterranean.

“If Iran were capable of exporting oil to the region, it would have done so to Syria, which is under its protection,” he told Asharq Al-Awsat.

“It would have spared its ally – the Syrian regime – the smuggling of oil and search for dollars to buy oil from the Lebanese market,” he added.

“The most dangerous aspect of Nasrallah’s statements is that he has openly declared that the Lebanese state does not exist,” he noted. He has completely dismissed its laws, constitution and president.

“Nasrallah is the one who decides to bring in oil to the country. He holds the decision to go to war or make peace. He decides when a government can be formed. He is the president of the republic. He oversees the ports and airports. He closes the investigation into the Beirut port explosion. In sum, he is the be all and end all in Lebanon, its state and institutions and all parties work for him,” Soaid remarked.

Director of Levant Institute for Strategic Affairs, Dr. Sami Nader said that Nasrallah’s statements were a flagrant act of defiance of the state and officials should address them.

“If China were unable to buy oil from Iran, then how can Lebanon?!” he wondered.

Such a move would lead to economic sanctions and deepen Lebanon’s isolation, he warned.

“Let Nasrallah send oil to Syria, perhaps then the smuggling from Lebanon to Syrian territories would end and perhaps we could then put an end to the crisis that has been compounded by this illicit activity,” he told Asharq Al-Awsat.

In neighboring Syria, ravaged by years of war, people often queue for hours at petrol stations for meager rations of fuel.

The Syrian government in March raised petrol prices by more than 50 percent.

In Lebanon, a 20-liter tank of state-subsidized petrol is much cheaper than in Syria. Many Syrians with the financial means prefer to buy Lebanese fuel, smuggled across the border, at a mark-up of up to $25 per tank — instead of waiting sometimes for upwards of six hours for minimal fuel supplies through official channels.

Lebanese officials have long blamed such contraband activities for fuel shortages in Lebanon, but have not given details.