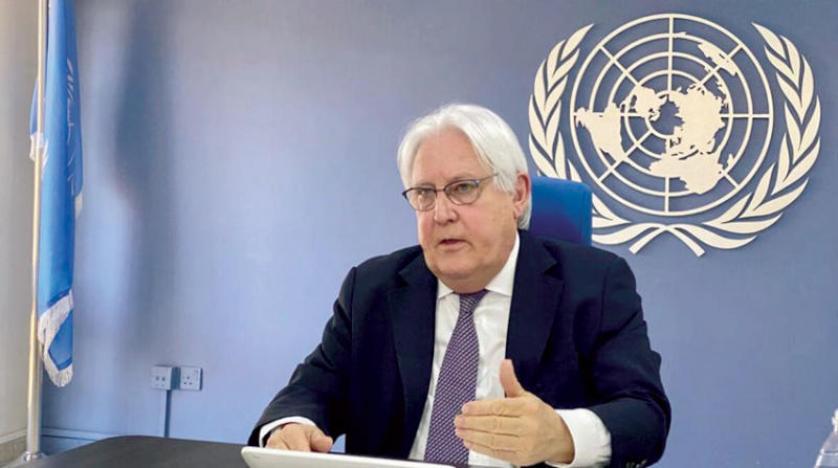 United Nations Special envoy for Yemen Martin Griffiths has said that warring parties “could not agree” on a comprehensive cessation of military operations in the country.

In his briefing to the UN Security Council on Tuesday, Griffiths hailed Saudi Arabia’s “exceptional and continuing efforts” to establish partnership between the Yemeni government and the Southern Transitional Council to end the war.

He thanked members of the Council, Saudi Arabia, the United States and the Sultanate of Oman for their “tireless diplomatic support and for the considerable diplomatic foreign power that is engaged in support of our efforts in this latest rounds of mediation.”

“Ending a war is a choice,” the envoy stressed, adding that Yemeni men, women and children “are suffering every day because people with power have missed the opportunities presented to them to make the necessary concessions to end the war.”

A mediator is not responsible for the war nor for the peace, he affirmed, stressing that his privilege is to present to the parties the ways the war can end.

Griffiths said parties have yet to overcome their differences.

“Houthis are insisting on a stand-alone agreement on the Hodeidah ports and Sanaa airport, as a condition precedent for the ceasefire and the launch of the political process,” he noted, revealing that Abdelmalik al-Houthi insists that only after an agreement on ports and airport were implemented would his group begin negotiations on the ceasefire.

On the other hand, the government insists that all these issues, namely the ports, the airport, the ceasefire and the political process be agreed to and implemented as a package, and in particular with the focus on getting that ceasefire started.

“It allows for the silencing of the guns, the opening of vital roads, including in Marib and in Taiz, and elsewhere and a return to some sense of security for the people of Yemen, especially for those civilians living near multiple frontlines in Yemen,” Griffiths explained.

The continued closure of Sanaa airport as well as the extensive restrictions on fuel through the ports of Hodeidah are “not justifiable” and must be addressed urgently, he noted.

Commenting on the situation in Taiz, the UN official said people there have suffered regular shelling of their homes and schools.

“It is a shame on all of us that the agreements made in Stockholm on Taiz have yielded no results. None at all.”

Griffiths considered the Riyadh Agreement the only way out of this “quagmire.”

“The leaderships of the government and the Council shall commit as they have done in the Riyadh Agreement to resolve their differences through dialogue now and through political negotiations in the longer term.”