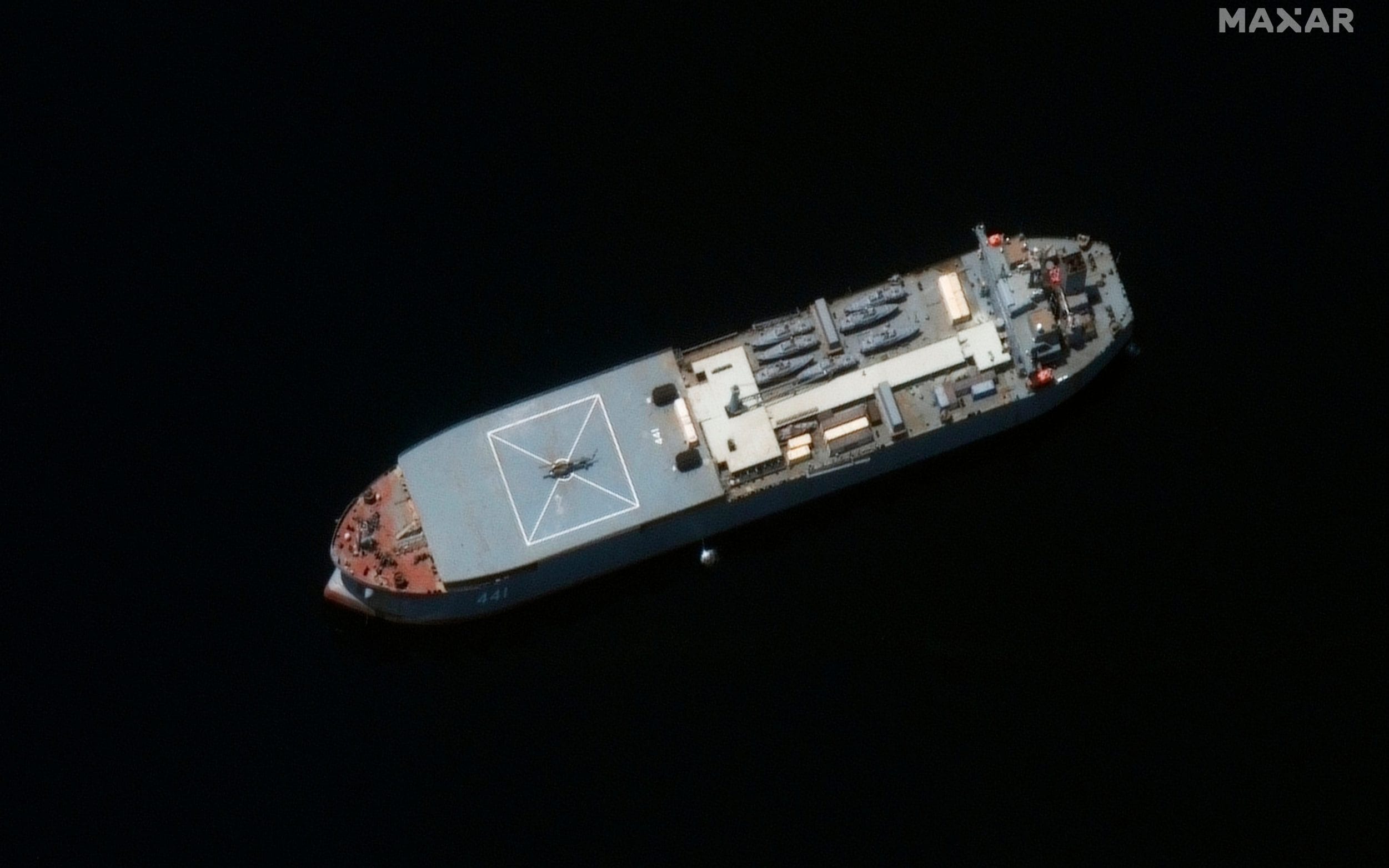 Caracas and Tehran have long had a close relationship, revelling in their shared status as anti-American provocateurs.

Concern is mounting over two ships from the Iranian Navy thought to be carrying a cargo of missiles and speeding across the Atlantic Ocean toward Venezuela.

The ships were mid-ocean on Saturday, after reportedly departing from the port of Bandar Abbas in early May. It marks the first time that the Iranian military has sent vessels to round the Cape of Good Hope and enter the Atlantic.

Satellite images show the larger of the two ships, the Makran, a forward supply vessel, carrying small, fast attack boats on its deck. It is unclear what the other ship, a frigate named Sahand, might be carrying.

Yet Venezuela already has a fleet of similar small launches. A much greater concern would be Caracas acquiring new capabilities, in particular surface-to-surface missiles, which could threaten Venezuela’s neighbors, starting with Colombia.

Security experts also warn that the missiles could be passed on to non-state actors, such as holdouts from the Colombian terrorist group the FARC, who are refusing to engage in that country’s peace process. The ships are expected to arrive in Venezuela by the end of the week.

“I am absolutely concerned about the proliferation of weapons, any type of weapons, in our neighbourhood,” US Defense Secretary Lloyd Austin told Congress on Thursday, when asked about the ships.

Caracas and Tehran have long had a close relationship, revelling in their shared status as anti-American provocateurs. Both have also already been hit hard by US sanctions, with Washington, like many other western powers, no longer even recognising Venezuela’s de facto leader Nicolás Maduro as president.

With pressure mounting from Republican lawmakers in particular, the Biden administration is thought to be using diplomatic back channels to attempt to persuade Iran to turn the ships around.

Evan Ellis, a researcher at the Center for Strategic & International Studies, a Washington-based think tank, suggested those efforts were likely to fail given that neither Caracas nor Tehran, already international pariahs, have anything to lose.

“The US has few options short of acting directly against the ships on the high seas, which would give Maduro exactly what he wants, the chance to play the role of victim,” he said.

Ellis added that Iran in particular might deliberately be trying to provoke the US, or use the ships as a bargaining chip in the standoff with the West over its nuclear program and the sanctions that have ravaged the Iranian economy.

Harold Trinkunas, from the Brookings Institution, another Washington policy shop, added: “It’s part of a larger pattern where the US has been trying to deter Venezuela and Iran from behaviour that it doesn’t like. But instead of being deterred, we are seeing them engage in minor escalations.”