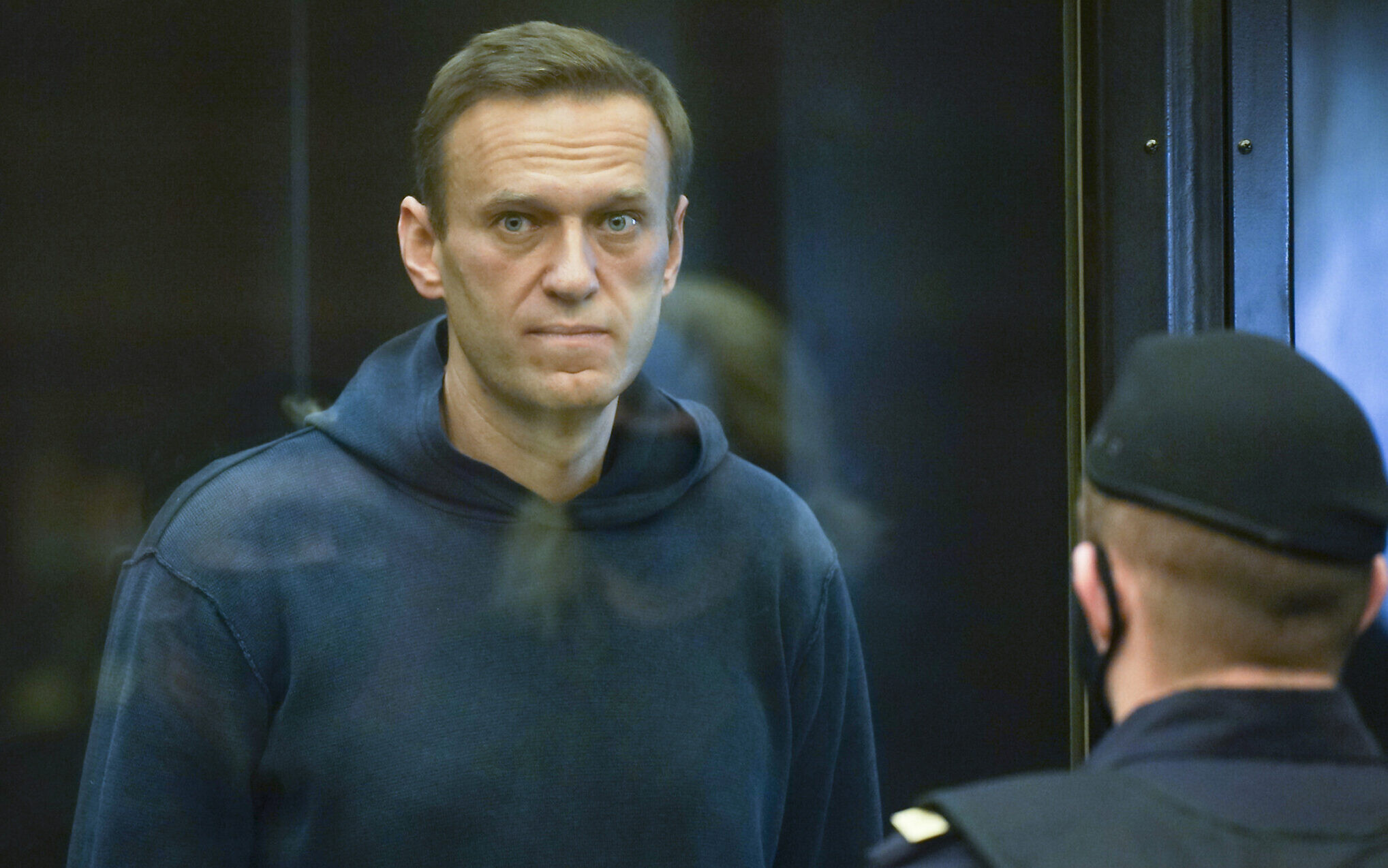 In this handout photo provided by Moscow City Court Russian opposition leader Alexei Navalny stands in the cage during a hearing to a motion from the Russian prison service to convert the suspended sentence of Navalny from the 2014 criminal conviction into a real prison term in the Moscow City Court in Moscow, Russia, Tuesday, Feb. 2, 2021. (Moscow City Court via AP)

“Yesterday’s ruling by a Moscow Court to label Mr. Alexei Navalny’s organizations as ‘extremist groups’ marks the most serious effort to date by the Russian Government to suppress the independent political opposition,” the EU’s 27 governments said in a statement.

“It is an unfounded decision that confirms a negative pattern of a systematic crackdown on human rights and freedoms which are enshrined in the Russian constitution,” the EU said.

Like the United States, the European Union has called on Russian President Vladimir Putin to free Navalny and imposed sanctions on senior Russian officials.

Navalny, in jail for parole violations related to an embezzlement case he says was trumped up, mounted a bold challenge to Putin via street protests and graft investigations which he had hoped would bring about a change of leadership.

Wednesday’s ruling, the latest chapter in a long-running crackdown on Putin’s fiercest domestic opponent, delivers a blow to a vast political network that Navalny built to challenge the Russian leader’s grip on power.