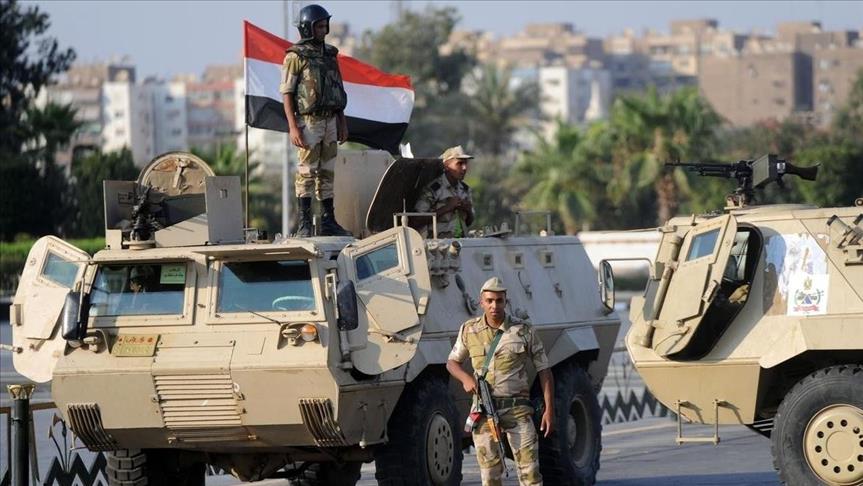 The Egyptian army worked, from the first moment of President Abdel Fattah Al-Sisi’s assumption of power in the country, to end the state of chaos that pervaded Cairo due to the interference of a large number of terrorist elements who cooperated with the Brotherhood to spread destruction in the country and topple the state. These attempts were crashed by the rock of Egyptian armed forces, which served as the impenetrable fortress against those plots.

In the wake of the June 30, 2013 revolution, thousands of terrorist elements spread through the tunnels and coasts in Sinai, and huge quantities of weapons and equipment were brought in. These elements were stationed in North and Central Sinai, especially in the Rafah Triangle, Sheikh Zuweid and Al-Arish. They infiltrated by taking advantage of the state of security confusion in the country, while Zone C in the Sinai contains symbolic elements of the Central Security Forces, in accordance with the peace agreement with Israel.

Since the overthrow of the Brotherhood’s rule in 2013, Cairo with all its institutions has waged a fierce war against terrorism, and it has been able to achieve many successes in eradicating terrorism from its roots through a strategy of “preemptive strikes” and “security campaigns” against terrorist elements.

The last two years witnessed Egypt exiting the list of those most affected by terrorism. According to the Global Terrorism Index issued by the Institute for Economics and Peace, it was ranked seventh for 2017.

In recent years, the Egyptian armed forces launched more than one military operation targeting terrorist elements, the most prominent of which was the Operation Sinai 2018, achieving great achievements against very dangerous takfirist elements.

The armed forces began the confrontation with the terrorist organizations affiliated with the Brotherhood in order to cleanse criminal hotbeds in Sinai of these elements, and the armed forces and the civil police provided hundreds of martyrs and wounded for the sake of the stability of the country.

In this context, President Sisi affirmed several times Egypt’s determination to continue the battle until the roots of terrorism are uprooted, explaining that terrorism has caused huge damage to the Arab nation during the past years, whether in terms of loss of priceless lives or material destruction. He considered that confronting terrorism decisively and forcefully has become an obligation at all levels and through a comprehensive strategy that takes into account all dimensions of this phenomenon.

It is not possible to separate what is happening in Sinai in support of armed terrorist groups and what Egypt has been subjected to since the June 30 revolution of a hidden war in which all kinds of pressures are exerted to try to destroy the Egyptian economy, military capacity, social cohesion and attempts to lose confidence between the people and the leadership, all because Egypt aborted the Western plan to re-partition the Middle East with the beginning of the Arab Spring.

During that period, the armed forces also thwarted arms smuggling operations across the western borders by exerting tight control over them and preventing the infiltration of terrorist groups, in addition to operations to control the entire Egyptian border and coast, which confused the West’s calculations and thwarted all their plans.

The armed forces carried out massive military operations in the Sinai to eliminate the terrorist elements that were planted there to completely tighten the noose around them and destroy the sources of arms smuggling via tunnels, in addition to completely securing the borders and controlling them.

Egypt’s armed forces are still carrying out their military operations to eliminate terrorist outposts, and the last of these operations was the comprehensive Operation Sinai 2018, which eliminated most of the terrorist outposts in North Sinai, until life returned to normal and another battle for the development of Sinai began.

The work has not only been internal, but the armed forces under President Sisi also carried out operations outside their borders when they struck ISIS strongholds in Libya after the terrorist organization executed 22 Egyptians. The armed forces also participated in the Arab coalition to restore legitimacy to Yemen in Operation Decisive Storm with its air and naval forces.