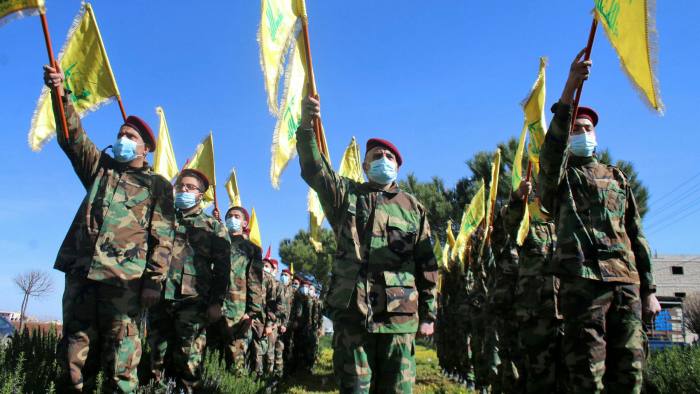 After a promising start under Joe Biden, talks between Iran, the US and five other global powers to revive the landmark nuclear restraint deal they reached in 2015, from which former president Donald Trump unilaterally withdrew in 2018, are approaching a moment of truth.

If the deal is refloated, there will then be another series of crunch moments as regional and world powers struggle to curb Iran’s intervention across the Middle East: its successful use of Arab militias to build a Shia corridor from the Caspian to the Mediterranean and down into the Gulf through Yemen and up to Bahrain.

For the US and the three European signatories of the 2015 accord, these two aims are linked. For Iran, which can generally count on support from Russia and China, they are separate.

Tehran regards the regional agenda as something to be negotiated with its neighbours, such as arch-rival Saudi Arabia and other Sunni powers. Yet, in these games of three-dimensional chess, Iran’s skilled negotiators use the panoply of proxy conflicts between Shia and Sunni as pawns on the geopolitical chessboard over which they confront the US and the west.

Barack Obama’s administration — in which Biden was vice-president — insisted on dealing with the nuclear issue separately from Iran’s regional behaviour. It feared the Islamic Republic would otherwise start trading, say, the permitted number of uranium enrichment centrifuges for ups and downs in paramilitary action Tehran could turn off and on like a tap

Yet after the rampage across Syria and Iraq of Isis jihadis from 2014, that tap has been near permanently on. Iran’s own forces, such as the Islamic Revolutionary Guard Corps (IRGC), and powerful proxies ranging from Lebanon’s Hizbollah to the Hashd al-Shaabi, or Popular Mobilisation Forces coalition of Iraqi militias, were vital strike weapons against the jihadist blackshirts.

The Biden administration is wary. It so far appears to be treating Iran’s nuclear programme and regional behaviour separately, as did Obama. But some officials say this is not even two chapters, but at most a single sentence paused by a comma.

If so, the first part of the sentence is struggling for articulation. There are evident problems returning to the status quo ante on the nuclear deal.

While Iran held off for a year after Trump undermined the accord, it has since been enriching uranium to a level of purity far nearer nuclear weapons grade. That, along with its new uranium stockpile, is reversible; but the speed of its new centrifuges amount to a new reality.

Not unreasonably, Iran wants guarantees against US Treasury sanctions that deterred foreign investors with possible eviction from the dollar system, despite the nuclear accord. It also wants the IRGC, a state institution designated a terrorist group by Trump, delisted. This is problematic so long as IRGC leaders not only head paramilitary operations in the Middle East but man the controlling heights of Iran’s economy.

US secretary of state Antony Blinken says “hundreds of sanctions [will] remain in place” even with a nuclear deal, “unless and until Iran’s behaviour changes”.

Yet Iran, with its vast unmet investment requirements, desperately needs money. It even looked as though the theocrats around Ayatollah Ali Khamenei, the supreme leader, wanted a quick nuclear deal so that any concessions would be blamed on Hassan Rouhani, the outgoing pragmatic president who struck the 2015 bargain, while unlocked new funds would flow into a hardline government.

That would almost certainly have Ebrahim Raisi, a hardline judge, as president after June 18 elections from which viable conservative and reformist candidates have been excluded.

Leaders like Khamenei and Raisi are complacent and intransigent. Yet they are vulnerable to regular insurrection at home, and struggling abroad to control what is less an axis of power than a collection of collapsing states. This is especially true after the US assassinated Qassem Soleimani, commander of the IRGC foreign legion, in Baghdad last year.

The Iranians have lost control of their Iraqi militias, which keep provoking US forces, while mass (mainly Shia) protests in Iraq are restarting. In the rubble of Syria, their satrap Bashar al-Assad cannot even feed loyalists, let alone conciliate refugees and the internally displaced. In Lebanon, where Hizbollah ultimately calls the shots, the World Bank just said its combined financial and economic crisis could be the third worst globally since the mid-19th century.

Russia and China, while keenly interested in acquiring distressed assets, are not going to pick up a reconstruction bill in Iran and its sphere of influence that could exceed $1tn. Some add that a resurrected nuclear accord needs to unlock a new regional entente and security architecture, followed by massive reconstruction that Gulf Arab actors could profit from as they diversify away from oil. No one is holding their breath.