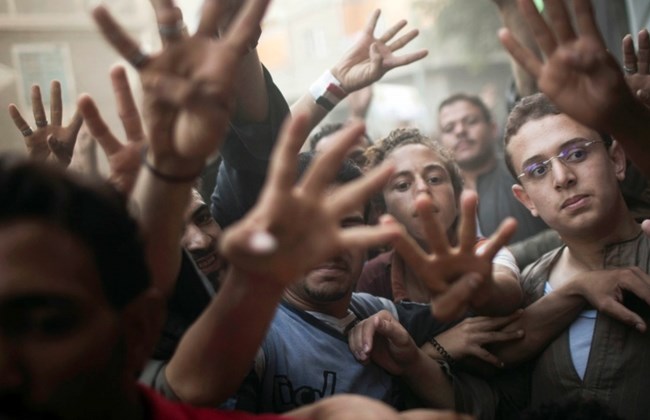 In the wake of the June 30, 2013 revolution, which overthrew the rule of the Brotherhood in Egypt and the flight of a number of the group’s leaders abroad, a number of Brotherhood youth fleeing Egypt revealed in their testimonies that the organization’s leaders, headed by Deputy Guide Ibrahim Mounir and Secretary General Mahmoud Hussein, control the group’s funds, leaving these deceived young people to beg in the streets of Turkey, while the adults enjoy all the money and live the lives of kings.

Begging for a living

During the testimony of a number of Brotherhood youth fleeing abroad revealed the treatment by the leaders for the youth and the appropriation of the donation funds and funds that finance the group for the sake of the youth during 2019.

Amr Gamal said in his testimony, “When we left Egypt after June 30, many of us were groveling in order to get 350 pounds, which is equal to $100, a month because we are students. Our number at that time did not exceed 200 young people only, and we were begging. Whoever left Egypt in late 2015 and early 2016 knows this well,” stressing that the amount that was distributed to young people monthly began to decline gradually, until it was stopped permanently, in addition to the fact that the leaders of the group abandoned the youth completely in paying the rent for housing and the monthly bills, explaining that the monthly subsidies for all aspects of paying rent and bills have been completely cut off.

In his testimony, Amr confirmed that he contacted one of his friends to complain about what was happening with them and told him that there is a fund dedicated to students that sends him hundreds of thousands of dollars every month, noting that only very small amounts of this money have reached the youth.

He explained that he knows many of the group’s youth who have already been begging since the middle of the month due to the lack of money they receive, which does not exceed $100, in addition to the presence of other young people who have postponed their studies due to the lack of 2,000 pounds to pay university fees.

Regarding the corruption within the group and the theft of donation boxes for the personal accounts of the group’s leaders, Omar Hassan, who fled Egypt in July 2019, made an audio recording of Brotherhood leader Amir Bassam, a member of the group’s Shura Council, during which he confirmed the existence of severe crises. Huge scandals hit the leaders of the group, because its leaders embezzled funds from donations after the fall of the group on June 30.

Bassam acknowledged the extent of the divisions that hit the ranks of the terrorist group’s members, the fact that senior members received exorbitant financial funds while leaving the group’s youth, who believed in the group’s ideology, to starve to death and beg in the streets of Turkey.

Bassam stressed that the students and the youth of the group grovel for one pound a month, and they stay for more than six months without getting any income.

Omar Hassan threatened the leaders of the group to publish new scandals that expose the theft and corruption they have been carrying out over the past years under the allegations of the revolution and the restoration of the group’s position.

He added that the recording of Bassam, which revealed the extent of financial corruption by the leaders of the group, is well-known for many in Istanbul and did not bring anything new, noting that there are documented testimonies of Brotherhood leaders inside the group in Egypt and abroad that accurately revealed the employment and betrayal of the current leaders of the group.

On the other hand, Brotherhood leader Hatem Shalaby, who fled abroad, admitted that Mahmoud Hussein had acquired apartments, stressing that Ibrahim Mounir had acknowledged the apartments that were written for Mahmoud Hussein and Mohamed al-Buhairi, the Brotherhood official in Africa, and Mahmoud al-Ibiary.

Shalaby, one of the founders of the Brotherhood Conscience Stream abroad, added that he discussed this matter with Ibrahim Mounir during a meeting with him in Qatar, and that the latter acknowledged this matter, pointing out that Mounir refused to write any apartment in his name, explaining Hussein’s possession of a luxury BMW car as realistic, as Mounir admitted to this.

Brotherhood leader Gamal Abdel Sattar, who is close to the historical front, alluded to a flaw within the terrorist leaders, pointing out during a series of posts on Facebook the mistakes that the group’s leaders must correct at the present time, sending a message to them saying, “No, you are busy talking a lot about others, but present a model for success, or a vision for reform, or to relieve the afflicted, or to stop a trap from people.”

On the other hand, the group’s spokesman, Talaat Fahmy, came out during a telephone interview with the Brotherhood’s Watan channel, denying that the leaders had seized the donation money, claiming that the group’s financial responsibility is purer than the water of the clouds and what came out of the leaks are nothing but attempts to distort the leaders of the group.