Latest Posts
22:01
Home Islamist Movements Brotherhood running into one failure after another 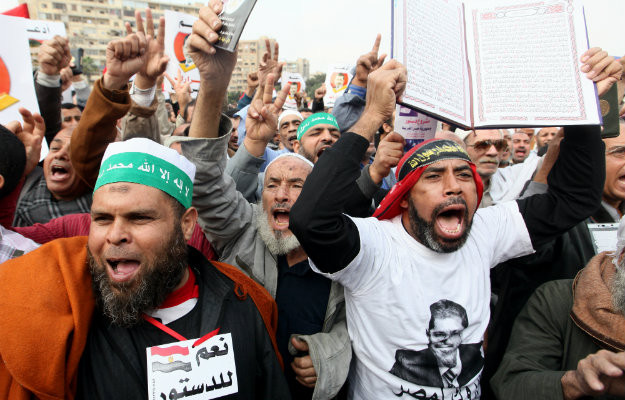 Brotherhood running into one failure after another

The Muslim Brotherhood caused the violence that took place in the eastern Cairo Rabaa al-Adawiya Square to happen in 2013.

The group led its young members into believing that the Egyptian state was launching war against the Islamic religion. It also made them believe that the tens of millions of Egyptians who rose up against Muslim Brotherhood president Mohamed Morsi were against Islam.

The Brotherhood’s fabrications forced some of its junior members to come out and uncover them. This especially happened after the group fabricated a film about life in the Egyptian army. Called “Soldiers”, the film spreads wrong information about recruitment in the army and the conditions of army soldiers.

Some of these junior members accused acting Brotherhood supreme guide Ibrahim Muneer and its secretary-general Mahmud Hussein of having grown so old to be able to manage the organization.

In June 2019, Hussein appeared on the Brotherhood’s Mekameleen television channel, which is broadcast from Turkey, and scoffed at the junior members of his organization.

His comments sparked anger across the ranks of the junior members of the Muslim Brotherhood, especially outside Egypt.

This caused Hussein to post an apology. Nevertheless, this did little to assuage the junior members of the organization who accused the leaders of the Muslim Brotherhood of being a bunch of criminals.