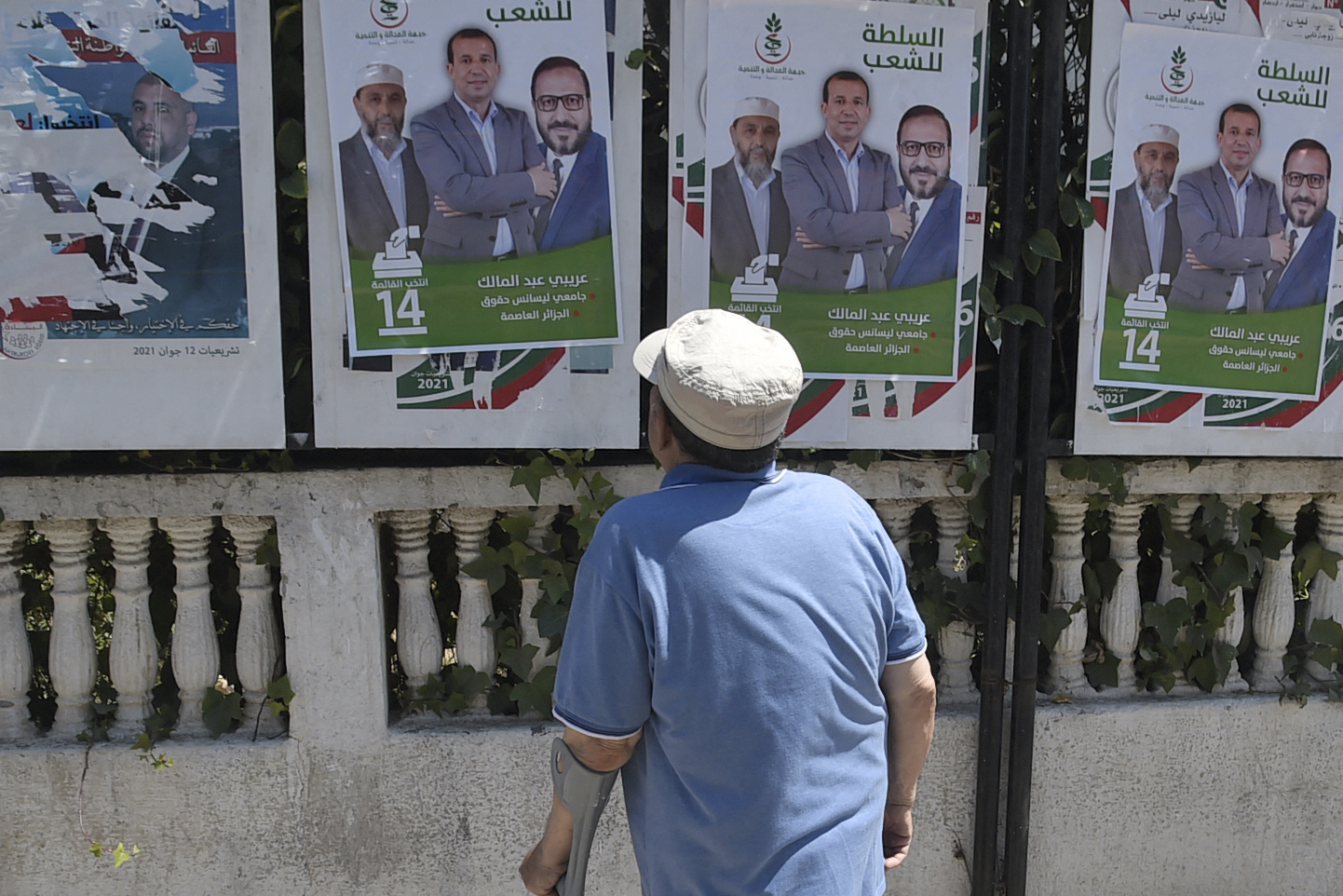 Algeria holds first Parliament election since protest wave in 2019. But many stayed away.

One young woman only recently decided voting was the best way to change Algeria. An older man scoffed at the idea of casting a ballot, describing the government as corrupt and the people as “suffocated.”

The divergent opinions were on full display Saturday during the first legislative election in Algeria since protests in 2019 prompted the resignation of President Abdelaziz Bouteflika, who tried to secure a fifth term, despite having been largely absent from public life since suffering a stroke in 2013.

Now, Algerians who once marched alongside one another two years ago have become divided over where the North African country should go from here.

Some see the vote as a way to keep political action alive and change state institutions from within. Others boycotted, calling the election nothing more than a masquerade that will do nothing to change Algeria’s old guard and address serious economic difficulties from declining energy revenue.

And still others are too disenchanted to cast a ballot — lamenting the lack of change since the Hirak, or the Movement, that toppled Bouteflika after 20 years in power.

“There’s an indifference,” said one Algerian analyst who spoke on the condition of anonymity because of the sensitivity of the political situation. “Algerians don’t believe too much in this election. . . . [They see] the Parliament as useless.”

Official preliminary results are expected Sunday. Many seats are expected to go to independent candidates, but the boycott could open more room for Islamists.

Photos circulating on social media purported to show the aftermath of clashes between protesters and police in the Kabylie region east of the capital, Algiers, where many opposed the vote. In one image, piles of ballots appeared to be scattered across a road.

The 75-year-old Tebboune — who briefly served as a prime minister under Bouteflika — came to power in 2019 in elections widely criticized by many who participated in the Hirak protests. His critics see him as a member of the same old guard the protest movement hoped to oust. Demonstrations continued after his election, though the pandemic disrupted them for about a year.

Protesters returned to the streets again in February, but authorities have waged with large-scale arrests in recent weeks. Several prominent activists and journalists were among those arrested this past week in what Amnesty International described as “a chilling escalation in the Algerian authorities’ clampdown on the rights to freedom of expression and association.”

On Friday, dozens of police vehicles were installed along a nearly deserted Rue Didouche Mourad — the normal gathering place for protests in Algiers.

“The last three Fridays, I’ve been too scared to leave home,” said Sabah, 48, who previously participated in the protests regularly and spoke on the condition she be identified by only her first name. She said she did not plan to vote Saturday, citing her distrust in the current government.

Despite some changes brought forth by the 2019 protests, “it’s still the same old song,” she said.

“There are arbitrary arrests, and they speak to us of democracy,” she said. “We are disillusioned. We no longer know who to believe and who not to believe.”

Voter turnout is expected to be low in the capital but higher in rural areas. About 40 percent of eligible voters participated in the 2019 presidential election, and fewer than 25 percent voted in a constitutional referendum last year.

But Tebboune told reporters Saturday that “the participation rate is not important to me.”

“What’s important is that the people who will be elected will have sufficient legitimacy,” he said.

Mohamed Charfi, head of the country’s independent electoral authority, said in an interview that he understands there was a long-held sense of distrust in earlier elections. But, he added, his office faces the challenge to “convince people that the act of voting is not in vain.”

Meriem Saidani, who participated in the protests in 2019 and is now running for a seat with the New Generation Party, said not participating in Saturday’s election leaves space for the return of “the old political class, those who contributed to the ruin of the Algerian political system. . . . We would have had a revolution for nothing.”

Members of Saidani’s party are among those who believe that, after inspiring millions, Hirak has been weakened by an unwillingness to translate its demands into the country’s existing political system.

But others still see the movement as most powerful without designated leaders — a design, they say, that allows diverse voices.

The government described the elections in a slogan as “the dawn of change.” Still, many in the capital bristle at the idea that the country’s existing institutions can implement lasting changes.

Walid, a university student, described Hirak as “the first time we could be against the system without being imprisoned.”

But he had no plans to participate in the elections.

“It’s only old people who vote,” he said, speaking on the condition that only his first name be used because of political tensions. Algeria “is theoretically a democracy,” he added. “But not really.”