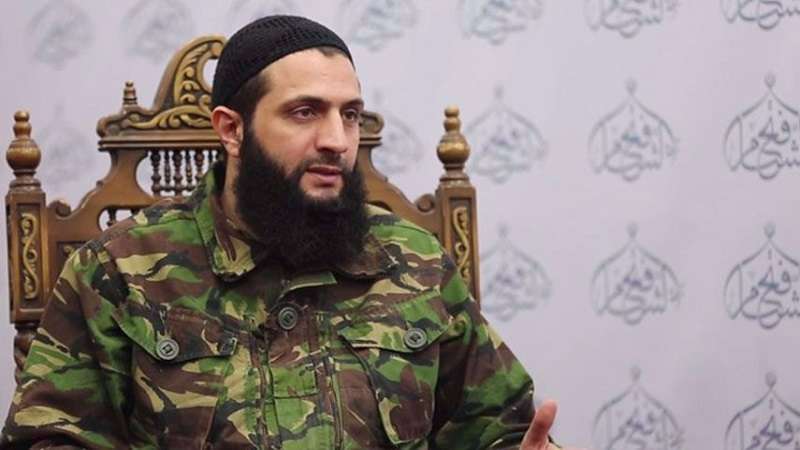 The Syrian Arab News Agency (SANA) announced the death of Abu Khalid al-Shami, the military spokesman for Hayat Tahrir al-Sham (HTS), as a result of a Russian bombing on Thursday, June 10, in the southern Idlib countryside.

Abu Khalid al-Shami hails from the town of Jisreen in Eastern Ghouta, Damascus, and he was known in that town as Abu Khalid Jisreen.

Shami had worked primarily in a sewing factory in his hometown of Jisreen, then traveled to Saudi Arabia to work there. He then left his work in Saudi Arabia with the start of the Syrian demonstrations in mid-March 2011 and returned to organize demonstrations against the regime of Syrian President Bashar al-Assad.

According to SANA’s report, at the beginning of the Syrian demonstrations in 2011, Shami worked as a member of the Jisreen local council, and then joined the Qaqaa Brigade, which was affiliated at the time to the Al-Habib al-Mustafa Brigades in what is known as the Ajnad al-Sham Islamic Union.

In 2016, Ajnad al-Sham announced its joining Faylaq al-Rahman, the second most prominent armed faction in Eastern Ghouta. Then disputes occurred between the factions affiliated with the Al-Habib al-Mustafa Brigades, and a large number of its members joined Hayat Tahrir al-Sham. Shami was among those who moved to HTS, and he was able to rise within the movement, until he became a military leader in Eastern Ghouta and then the commander in that region.

During that period, Shami was able to become the most prominent military leader in the organization, and was among those close to HTS leader Abu Mohammad al-Jolani, in addition to becoming a member of the terrorist organization’s military council.

Shami led armed groups and factions and fought many battles in Eastern Ghouta, including the Battle of Al-Malihah in 2014 and the Battle of Adra in 2017.

He remained in the position of HTS commander in Eastern Ghouta, until the Free Syrian Army, which is loyal to Turkey, took control of that area and expelled the armed factions from it at the beginning of 2018.