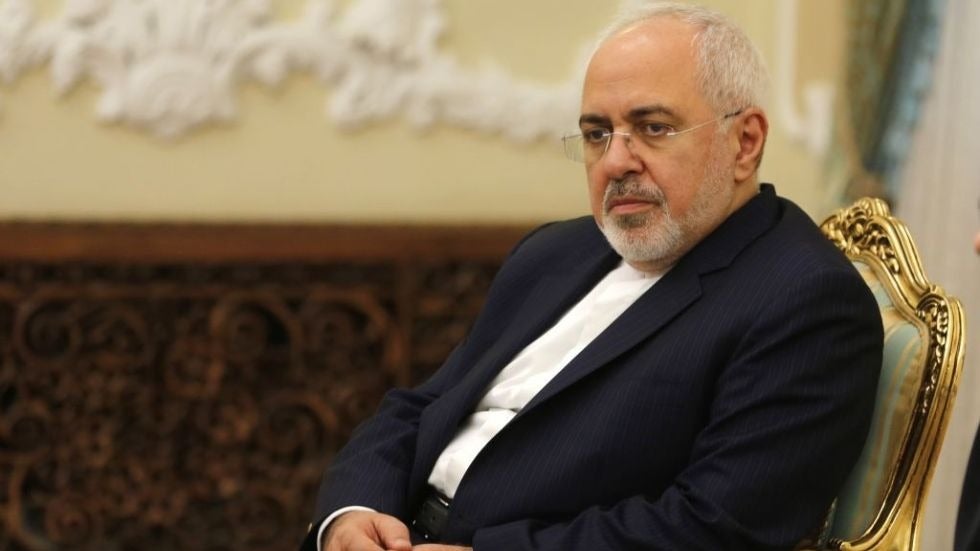 In the wake of the controversy raised by the foreign minister’s comments, which comes with the country’s approaching presidential election and the third round of the Vienna summit on the nuclear deal, Zarif returned to apologize to Khamenei, deny the statements, and stress the importance of Soleimani’s role.

Zarif directed a message to Khamenei, saying, “Your recommendations for Iran’s foreign policy cannot be ignored,” asking Khamenei to forgive him for exceeding the bounds regarding Soleimani.

Zarif’s apology came after remarks by Khamenei during a celebration of International Workers’ Day, during which he said, “The recent leaks of the Iranian foreign minister came harmonious with the US situation, which is very unfortunate and is a repetition of the position of the Americans and countries against the Islamic Republic.”

“For years, the Americans have been talking about Iran’s influence and the presence of the Quds Force in the region, so they assassinated Qassem Soleimani. It is therefore necessary that an Iranian official must take into account the interests of the regime and the country,” Khamenei added.

Zarif also asked for forgiveness from Soleimani’s family, tweeting, “What I said does not diminish the place and role that is indispensable for the martyr Soleimani, but if I knew that a word of it would have been publicly published, then I definitely would not have said it.”

Zarif’s clarification came after controversy was raised due to the leaks inside and outside Iran, leading the foreign minister to confirm the importance of the role of the Revolutionary Guard and Soleimani in the country’s foreign policy. He explained in a speech during the opening ceremony of an Iranian diplomacy association that “[Work on the] field and diplomacy complement and strengthen one another in the face of the challenges… Diplomacy is countering military influence, as some imagine.”

In his remarks, Zarif commended the importance of Soleimani, who was assassinated in a US strike in early January 2020, announcing that he named a ministry building on behalf of Soleimani for his efforts in the diplomatic process.

After Khamenei’s statements about the audio leaks, questions have arisen regarding Zarif’s destiny, especially once the current government under President Hassan Rouhani comes to an end, which has only one month left. Iran’s conservative-majority parliament called for dealing with Zarif, Rouhani, and whoever is responsible for the leak with the judiciary and security. This prompted President Rouhani to dismiss his advisor and head of the Center for Strategic Studies, Hesamoddin Ashena, who was responsible for preparing interviews.

Rouhani government officials said that what happened was just a crisis spawned by foreign media, while a number of Iranian political analysts have said that Khamenei’s words were meant as a rebuke and warning for Zarif. They explained that Zarif is merely an outlet for the regime’s policies and strategy, adding that Khamenei’s statement was tantamount to “ending the discourse” over the leaks.

During the coming period, the Iranian regime is expected to try as much as possible to cover up those leaks in any way, especially after confirmation that Khamenei said “Do not repeat the words of the enemies.”