Latest Posts
22:40
Home News US withdrawal from Afghanistan: Kiss of life for Birds of Darkness (Part 3) 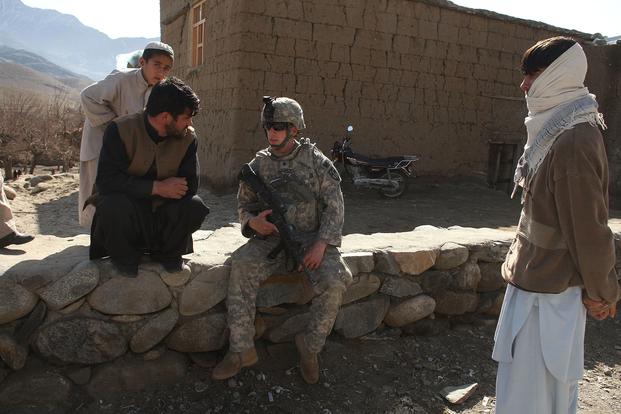 US withdrawal from Afghanistan: Kiss of life for Birds of Darkness (Part 3)

US President John Biden’s decision is to withdraw from Afghanistan is a kiss of life for al-Qaeda and the Taliban movement, which dreams of returning to power, foreshadowing a civil war that would lead to instability and extremism in the region.

The US administration has not learned its lesson from the spread of terrorist elements following the end of the Soviet invasion in 1989, when Washington imagined that its mission had ended with the expulsion of the Russians, until the events of September 11, 2001, after which it declared the War on Terror.

Since the unconditional withdrawal of US forces was announced, terrorist attacks have increased, although the Taliban denies being responsible for them, while at the same time refusing to agree to a ceasefire. This raises doubts about the Taliban’s intentions, especially as the movement refused to attend the Istanbul Conference that was scheduled for April 24, prompting Turkey to postpone it, forewarning of a dark tunnel ahead for Afghanistan.

Withdrawing US troops and Washington’s failure to finance the Afghan army financially and militarily puts the country under the mercy of militias, especially as it depends entirely on US support.

A close look at the Afghan scene shows that the country will become a hotbed of terror after the US withdrawal. The Taliban will not be the only beneficiary or the only threat to the Afghan state, as there are two other militias threatening them, like ISIS.

Afghan MP Rehana Azad has already warned of the risk of these terrorist groups, saying, “The Taliban is now stronger than before, and ISIS and other terrorist groups have found a foothold. Therefore, the hasty and irresponsible withdrawal will have serious consequences not just for Afghanistan, but for the entire region and the world.”

“There are no good options in Afghanistan,” US Republican Senator Lindsey Graham said after a briefing, adding, “The moment that the Taliban’s flag flies over part of Afghanistan, a shot of steroids will be sent to every jihadist in the world that the Taliban defeated the West.”

US National Security Advisor Jake Sullivan acknowledged that Washington’s ability to collect intelligence in Afghanistan would diminish when US troops withdraw from the country, but he added that there would be enough ability to see if al-Qaeda was due to return months ahead of time, especially as the United States will not have a military presence in Afghanistan except to protect the embassy.

Lisa Curtis, a White House official for Afghanistan and Pakistan during the administration of former President Donald Trump, said al-Qaeda is weak now because the United States was exercising pressure, but without the American presence, the terrorist organization will have freedom to do what it wants.

One of the biggest challenges following the withdrawal will be how to monitor and possibly target extremist groups in Afghanistan effectively, since the country is not coastal and is remote from any major American base. US aircraft can launch flights from its air base in Qatar, which is the main US air base in the Middle East, but Qatar is far from Afghanistan, and the need to fly over Iran makes it an expensive option.

These fears confirm the Taliban’s anger at the United States retreating from its scheduled withdrawal on May 1 and postponing it to September. Taliban spokesman Mohammed Naeem tweeted after the US withdrawal announcement that “the Islamic Emirate will not participate in any decision-making conference on Afghanistan as long as foreign forces do not withdraw completely from the country,” referring to the conference that was scheduled to be held in Istanbul, which was an essential part of the Biden administration’s plan for Afghanistan. The United Nations has thus entered into the crisis with efforts to launch peace talks and reach an agreement between regional forces and their proxies in the country.

An intelligence report warned the Biden administration that Afghanistan will largely be under Taliban control within two or three years after the withdrawal of international forces if US forces left before reaching a power-sharing agreement between the Taliban and the Afghan government, which would open the door for al-Qaeda to rebuild its strength in the country.

The report warned of the outbreak of civil war in Afghanistan after the US withdrawal if an agreement was not reached between the two parties.