Latest Posts
22:31
Home News US State Department: We Will Not Normalize Ties With Assad 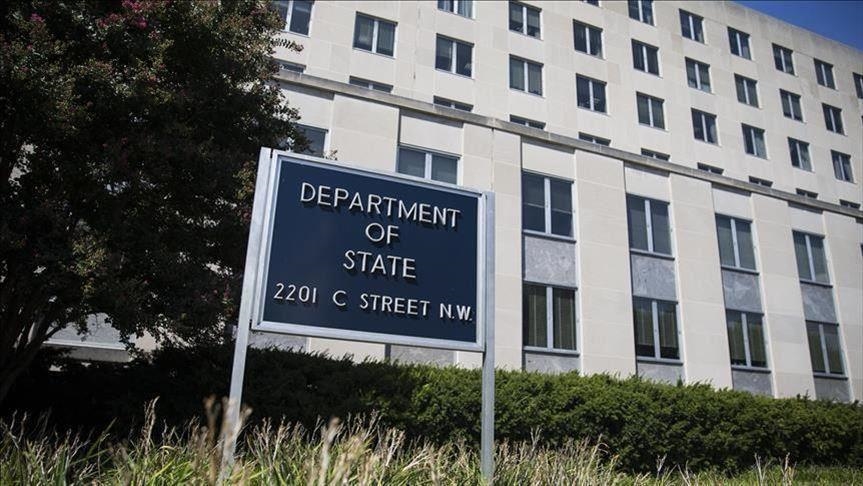 Washington has restated its refusal for normalizing ties with Damascus, basing its blanket rejection for rebooting bilateral relations on the heinous crimes and inhumane conduct of the Syrian regime over the last decade.

The US’ renewed stance is aligned with predictions based on outcomes of the latest Group of Seven (G7) summit in London. After reviewing the group’s 47th meeting, analysts foresaw the West “overlooking” calls for restoring bilateralism with the regime of President Bashar Al-Assad.

A US State Department spokesperson, who requested anonymity, told Asharq Al-Awsat that the Biden administration will not re-establish or upgrade diplomatic relations with the Assad regime.

Washington urges all regional countries to carefully consider the atrocities committed by the Assad regime against the Syrian people in the past decade, the official said, reminding that the regime’s persistent efforts to block the delivery of humanitarian aid and inability to bring about security must be taken into account.

When asked about the reasons behind the new administration’s carelessness in dealing with the Syrian crisis and Washington’s current policy towards the war-torn country, the representative noted that the US position is made clear through its support for the political process.

He explained that stability in Syria and the wider region can only be reached through a political process, reaffirming that the US is committed to working with allies, partners, and the UN to ensure a sustainable political settlement for the harrowing conflict.

While the G7 summit’s final communique did not directly reject reviving ties with the Syrian regime, it stressed the significance of implementing UN Security Council Resolution 2254 and supporting humanitarian relief work and political solutions.

“In line with UNSCR 2254 and 1325, we urge all parties, especially the regime, to engage meaningfully with the inclusive UN-facilitated political process to resolve the conflict, notably the Constitutional Committee, to include the release of detainees and the meaningful participation of women,” read the statement of the G7 foreign and development Ministers.

“This includes a nationwide ceasefire and a safe and neutral environment to allow for the safe, voluntary, and dignified return of refugees,” it noted.

“It should pave the way for free and fair elections under UN supervision, ensuring the participation of all Syrians including members of the diaspora,” the statement added while pointing out that only a credible political process can get G7 countries to consider assisting with the reconstruction of Syria.

Former US Assistant Secretary of State for Near Eastern Affairs David Schenker, for his part, warned against an early rapprochement with the Syrian regime and called attention to Russia, a major backer of Assad, being behind most calls for reengaging with Damascus.

“In recent weeks, momentum has been building toward reintegrating Syria into the Arab League,” he wrote in a brief analysis published by The Washington Institute for Near East Policy.

“The country was suspended from the organization in November 2011, eight months into a brutal regime suppression effort that had killed 5,000 civilians,” he explained.

“Ten years on and with an estimated 500,000 dead, several Arab states—encouraged by Russia—are taking steps to end the decade-long isolation of Bashar al-Assad and restore Syria’s membership,” Schenker noted.

He called on the Biden administration to continue pressing for change in Syria and to increase humanitarian efforts in the battle-weary country.