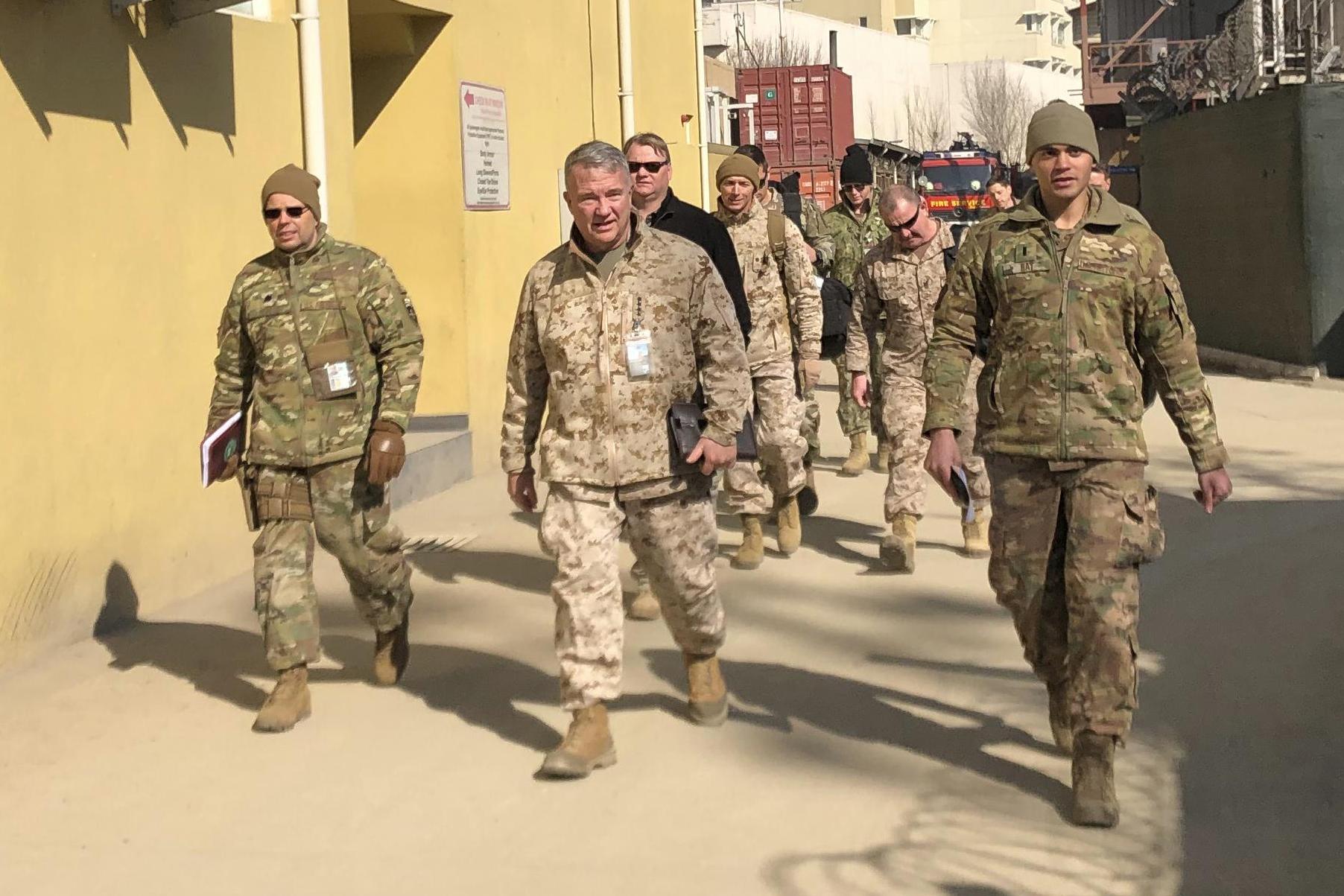 The Taliban called on Afghanistan’s neighbors on Wednesday, May 26, not to allow the United States to use their territory or airspace for any future military operations against the war-torn country.

The Islamist group issued the warning as Washington plans to relocate some US forces in the region to carry out Afghan counterterrorism missions as soon as US and NATO forces leave the landlocked South Asian country.

The Taliban warned in its statement that facilitating US military operations by neighboring countries in the future would be “a historic fatal mistake and a disgrace,” denouncing the presence of foreign forces and describing then as the “root cause” of insecurity and war in the region.

“The people of Afghanistan will not remain idle in the face of such outrageous and provocative actions,” the Taliban stated, without going into further details.

US President Joe Biden announced last month that the remaining 2,500 American troops, along with thousands of NATO partners, would leave Afghanistan by September 11 to end what he said was an “eternal war.”

The withdrawal arose out of the peace building agreement the United States signed with the Taliban in February 2020. However, the Taliban has not reduced violence, and the peace talks brokered by the United States with the Afghan government have not achieved any breakthroughs, raising fears that the country will descend into more chaos and bloodshed once the withdrawal of foreign forces is completed.

The agreement obliges the Taliban not to allow the Afghan territories to be used to launch terrorist attacks against the United States and its allies.

However, the ongoing and intense hostilities between the Afghan parties in the conflict have raised concerns that transnational terrorist groups, including al-Qaeda and ISIS, could once again turn Afghanistan into a safe haven for terrorists.

“As we have repeatedly assured others that our lands will not be used against the security of others, we likewise urge others not to use their lands and airspace against our country,” the Taliban said on Wednesday.

“If such a step is taken, the responsibility for all misfortune and difficulties rests with those who commit such mistakes,” it added.

It is important to note that there are no US bases in any of the six countries bordering Afghanistan.

Pakistan, which shares a 2,600-kilometer border with Afghanistan, on Tuesday ruled out the possibility of hosting a US base or allowing unmanned aircraft operations in Afghanistan from Pakistani territory.

On Monday, the Russian presidential envoy to Afghanistan, Zamir Kabulov, said that Uzbekistan and Tajikistan had assured Moscow that hosting military bases was “impossible” for them, which narrowed the options for Washington regarding its military status once the withdrawal from Afghanistan is completed.

Iran also shares a long border with Afghanistan, but ongoing tensions in Tehran and distrust of Washington, experts say, leaves that choice out.

The Scientist and the A.I.-Assisted, Remote-Control Killing Machine