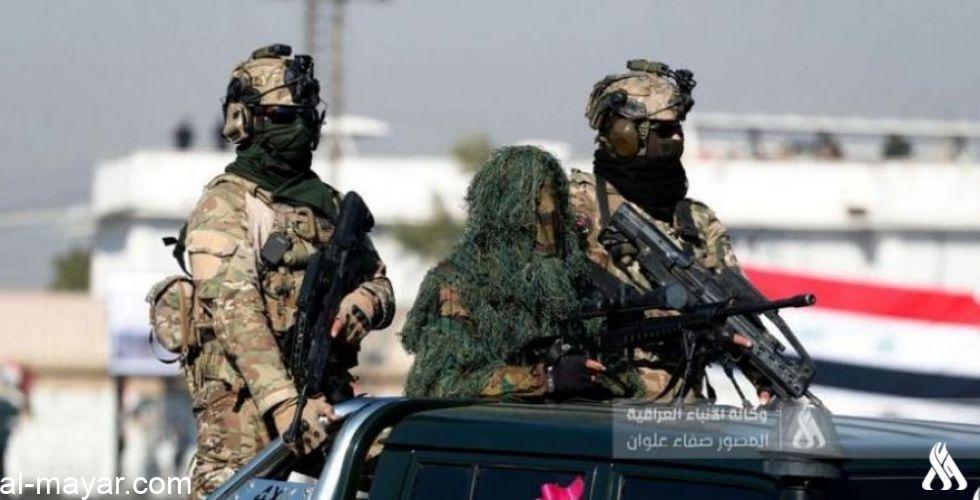 Revenge of the Martyrs: New security operation to pursue ISIS remnants in Iraq

Despite the decline of ISIS and its defeats in Iraq and Syria, its remnants and sleeper cells seek to return again, which prompted the Iraqi army to launch more security operations to pursue remnants of the terrorist organization.

This comes in conjunction with international warnings about ISIS increasing attacks in Syria, while the UN envoy to Syria warned about the organization exploiting the humanitarian conditions in order to return again.

The Iraqi Popular Mobilization Forces (PMF) announced the launch of Operation Revenge of the Martyrs in the areas west of Mosul, 400 km north of Baghdad.

The PMF Media Directorate said in a statement on its Twitter page that the PMF’s Nineveh Operations Command and the Iraqi army launched the operation to pursue ISIS remnants across Mosul.

“The operation was launched with the participation of the 21st and 33rd Brigades of the Popular Mobilization Forces and the army to search and track down ISIS cells in the Badush and Atshana mountains west of Mosul,” the statement added.

The Iraqi forces are launching military operations in separate areas of the governorates of Anbar, Salah al-Din, Kirkuk, Nineveh and Diyala to limit the movements of ISIS remnants.

Meanwhile, the Iraqi Police Command announced on Wednesday, April 28 that it had seized five rockets, seven bombs and a bazooka in Kirkuk governorate, adding in a statement that “its forces continue security operations to purge the sectors in questions of the remnants of the defeated terrorist gangs.” A unit from the 2nd Mechanized Brigade of the Federal Police Mechanized Division, in coordination with the intelligence and drone detachments, carried out an “inspection operation in the Hadar al-Abbasi area in Kirkuk governorate.”

In Diyala, the Joint Operations Command announced the redeployment of military units in the Al-Jizani region in Diyala governorate, which witnessed some security breaches recently. In the same context, two military operations were launched in a sector in northeastern Diyala.

On the other hand, Iraqi President Barham Salih called on the security services in the ministries of defense and interior to carry out their duties in the field of combating terrorism, including “closing the gaps” from which ISIS is still able to infiltrate.

According to a statement issued by the Iraqi presidency, Salih stressed the need to support the authority of the state and its security services in enforcing the law, protecting citizens, and enhancing the capabilities of security forces in their various formations, with training and arming, to carry out their tasks, develop their combat capabilities, and establish joint security coordination in facing challenges, bridging security gaps, and blocking the path from the attempts of terrorist cells to launch attacks on some villages and regions.

A video clip broadcast by the Iraqi Ministry of the Interior showed traces of an attack launched by ISIS on the Iraqi Border Guard outpost in the Arar region on the border with the Kingdom of Saudi Arabia.

At the same time, UN Envoy to Syria Geir Pedersen warned of ISIS activities in areas inside Syria, noting that the organization is strengthening its attacks in the center and northeast of the country. During a briefing before the Security Council, he stressed the need for humanitarian aid to be delivered to all areas in Syria.

The UN envoy expressed his concern about the worsening economic crisis, as more than 12 million Syrians live below the poverty line.

Pedersen also reiterated his demands to the Syrian parties that those detained or kidnapped should be released in a manner commensurate with the scale of this tragedy, as the town of Maskanah in the Syrian countryside of Aleppo witnessed armed clashes between two clans, most likely due to a revenge that dates back to the period of ISIS control over the city.