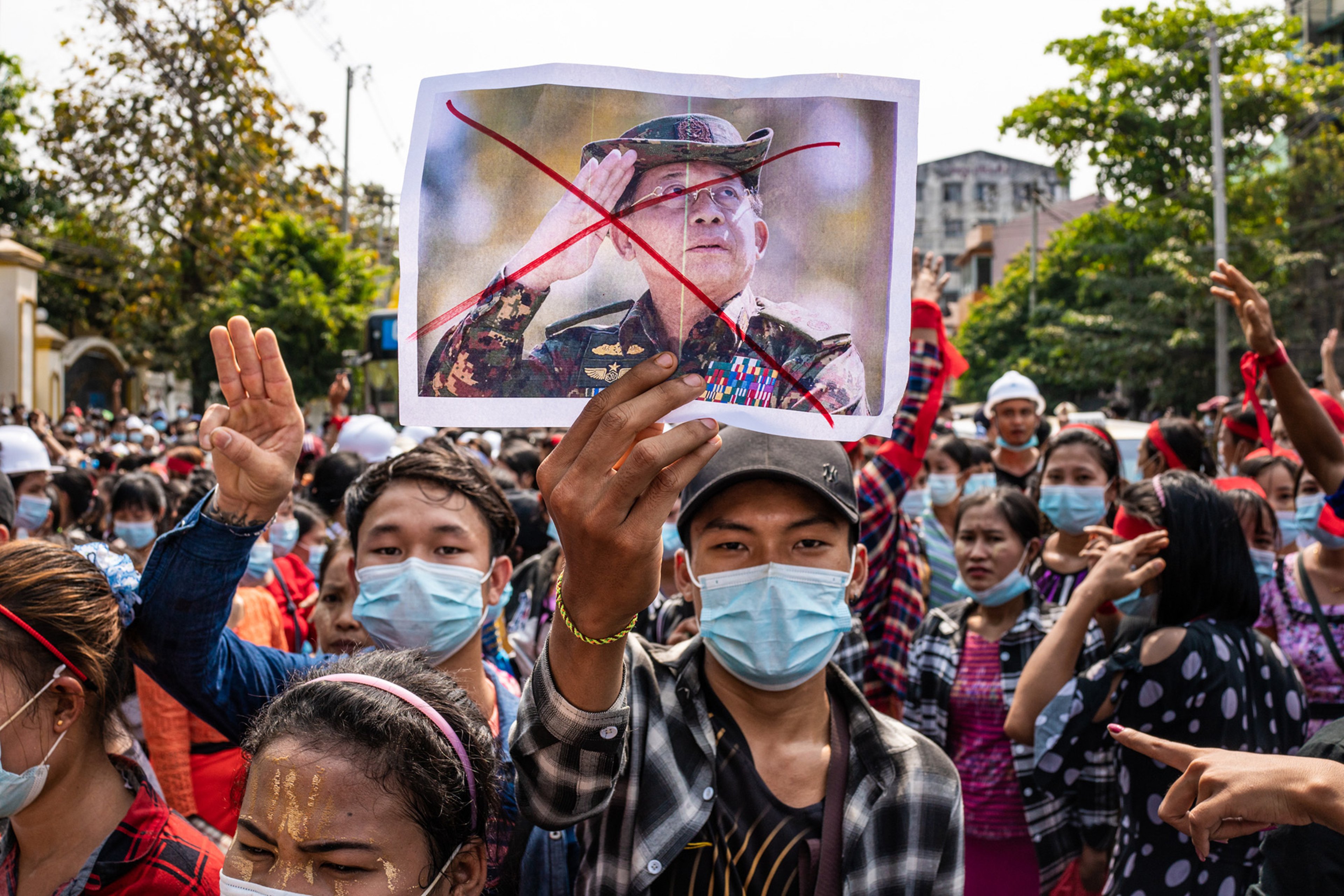 The recent chairman’s statement by leaders of the Association of Southeast Asian Nations contains curious language that hints at the region’s entanglement in the foremost geopolitical conflict of this era.

Stressing the need for engagement in general terms, the statement said they “instructed their foreign ministers to hold their meetings with the People’s Republic of China and the United States as soon as possible.”

These two countries are not the bloc’s only dialogue partners, which also include Japan, Russia and India. But they are the two poles of a global competition that has been framed as a “new Cold War” between democracy and autocracy, and the coup in Myanmar and ensuing violence have put that dynamic into sharp relief.

The statement contains a “five-point consensus” on Myanmar, including calls for an immediate halt to violence and for “constructive dialogue” to seek a peaceful solution — an unusual move by a bloc that traditionally avoids interfering in members’ internal affairs.

Dr. Sasa, spokesman for Myanmar’s National Unity Government, welcomed this “encouraging news” in a statement on social media, after having criticized ASEAN for inviting junta leader Min Aung Hlaing but not a representative from his anti-coup body.

Sasa reserved particular praise for Indonesian President Joko Widodo’s call for the release of political prisoners. Jokowi, who was among those pushing for the summit in the first place, also urged an end to the violence and a return to democracy. The chairman’s statement and Jokowi’s comments seem to signal a subtle change taking place within ASEAN.

Yet the question is whether these words will translate into action, with the first test being the appointment of a special ASEAN envoy to mediate.

There is little reason for optimism. Min Aung Hlaing is not opposed to the idea of a special envoy, according to Singapore Prime Minister Lee Hsien Loong, but no details have been provided so far, including a potential time frame.

It also remains unclear whether Christine Schraner Burgener — the United Nations special envoy for Myanmar, whom the junta has resisted allowing into the country — would be involved in this effort.

And there is currently no mechanism to ensure the “immediate cessation of violence” sought in the five-point consensus. Should Myanmar’s military continue its violent crackdown on protesters or conflict with armed groups opposing the coup, the ASEAN leaders who invited the junta leader to the table will lose face.

Even if the violence subsides, if the military does not release democratic leaders including State Counselor Aung San Suu Kyi and engage in political dialogue, its seizure of power will become more of a fait accompli, and ASEAN will risk criticism for giving the junta a door into the international community.

The U.N. Security Council met shortly after the Feb. 1 coup to weigh a response, but China and Russia opposed efforts by the U.S. and European members to condemn the coup, and the deadlock has yet to be broken.

Such paralysis is far from uncommon. The U.S. and the Soviet Union often brought baggage from their conflict to discussions in the Cold War era, and this is playing out again with Myanmar in the “new Cold War.”

Around the time that ASEAN was established, Southeast Asia was a major battleground of the original Cold War. ASEAN aligned with the Western bloc, siding with capitalism against communism.

Now, if the new Cold War is a struggle between democracies and autocracies — a framing used by U.S. President Joe Biden — it is difficult for ASEAN to come down solidly on one side or the other. The organization has expanded since its inception, and it has members that lean in both directions.

The new Cold War has come to ASEAN, and the situation in Myanmar has made clear the bind that its member nations now find themselves in.