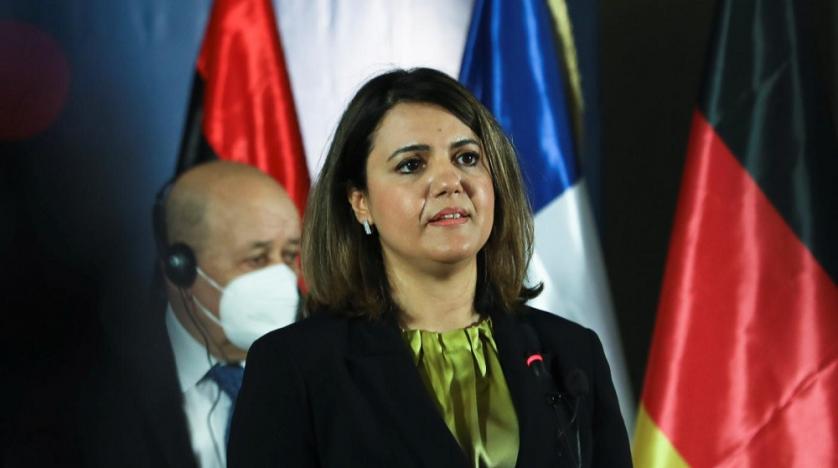 Libya’s top diplomat Monday called for the departure of foreign forces and mercenaries from the North African country as it heads toward elections later this year.

Her remarks came at a joint news conference with Turkish Foreign Minister Mevlut Cavusoglu. He visited the capital of Tripoli with Defense Minister Hulusi Akar and other top military and intelligence officials.

“We call on (Turkey) to take steps to implement all the provisions of … the Security Council resolutions and to cooperate together to expel all foreign forces and mercenaries from the Libyan territories,” she said.

The remarks were seen as a rebuke to Turkey, which has deployed troops and Syrian mercenaries to fight along with Tripoli militias since forces of military commander Khalifa Hifter launched their attack on the capital in 2019.

Cavusoglu responded by saying that Turkish forces were in Libya as part of a training agreement reached with a previous Libya administration. “There are those who equate our legal presence … with the foreign mercenary groups that fight in this country for money,” he said.

The Libyan foreign minister could face criticism from pro-Turkey Libyans for ideological reasons and also others in Tripoli who still fear a new attack from eastern-based forces, said Jalel Harchaoui, senior Libya researcher at the Geneva-based Global Initiative Against Transnational Organized Crime.

The departure of hundreds of Turkish troops “is by all means a hard thing to implement,” he said. “Very difficult for Tripoli — because a very large (mercenary) mission is still in central Libya and could help (Hifter) march west again. And very difficult for Turkey — because it has spent untold amounts on making sure its presence in western Libya remains entrenched for a long while.”

Turkey has been closely involved in Libya. It backed the U.N.-recognized Government of National Accord based in Tripoli against Hifter’s forces. Turkey sent military supplies and fighters to Libya helping to tilt the balance of power in favor of the GNA.

Turkey also signed an agreement with the Tripoli-based government delineating the maritime boundaries between the two countries in the Mediterranean. That triggered protests from Greece and Cyprus. Both countries denounced the agreement saying it was a serious breach of international law that disregarded the rights of other eastern Mediterranean countries.

Libya was plunged into chaos when a NATO-backed uprising in 2011 toppled longtime ruler Moammar Gadhafi, who was later killed. The oil-rich country was in recent years split between rival east- and west-based administrations, each backed by different armed groups and foreign governments.

Libya’s interim government, which took power in March, is tasked with bringing together a country that has been torn apart by civil war for nearly a decade. It also aims to steer Libya through a general election on Dec. 24.

Security Council diplomats say there are more than 20,000 foreign fighters and mercenaries in Libya, including 13,000 Syrians and 11,000 Sudanese, along with Russians and Chadians.

The Security Council’s 15 member nations agreed in an informal meeting last week that getting the foreign fighters and mercenaries to go home was the only way forward, according to the officials.