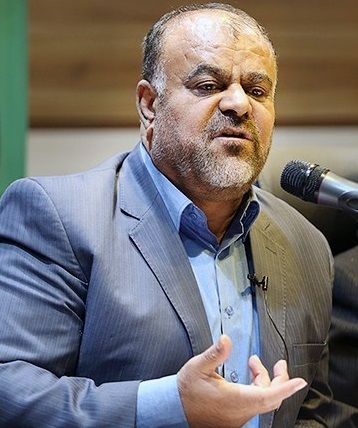 He said Iranian support had helped the militia acquire the necessary weapons.

“We helped the Houthis have access to arms manufacturing technologies,” Ghasemi said on April 21.

He added that arms are now manufactured in Yemen, including drones and missiles.

However, Ghasemi’s remarks have brought him under fire from Iran’s mullahs.

The Iranian Foreign Ministry refuted his remarks, saying they mismatched realities and Iran’s policy on Yemen.

The Foreign Ministry added that Iran offers political support to Yemen only.

Nevertheless, Ghasemi announced on April 27 that he would run for president in the presidential elections which are slated for June 18.

He held a press conference during which he outlined his platform.

He said Iran could not achieve its target of increasing its output.

Ghasemi is 56 years old. He was born in the southwestern Iranian province of Fars. He graduated from Sharif University of Technology, specializing in civil engineering and the management of petroleum projects.

He joined the Iranian Revolutionary Guard Corpse in 1979, the year of the Islamic Revolution in Iran. He participated in the Iran-Iraq war.

Following the war, Ghasemi joined the Khattam al-Anbia forces in Bandar Busher province. He was then appointed as the head of the Engineering and Construction Company of the Revolutionary Guard.