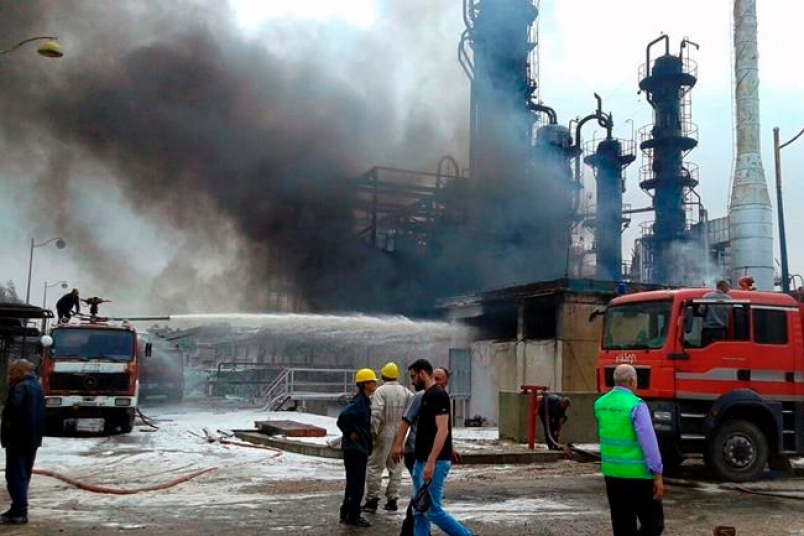 A fire erupted in a major oil refinery in war-torn Syria due to a leak, the country’s state news agency SANA reported on Sunday.

The blaze took place at a distillation unit as a result of a pump leak in the Homs oil refinery in central Syria, SANA added.

The agency, citing a refinery official, said the blaze was later extinguished.

The agency earlier Sunday carried images of smoke billowing from the facility as firefighters were trying to put out the blaze.

“The cooling process is now under way. There are no casualties,” chief of the Homs firefighting brigade, Hassan Amar, said.

The refinery has experienced several blazes in recent years. The facility had also come under shelling attacks from rebels, who once controlled parts of Homs.

Syria is suffering from a fuel shortage due to a US-backed Kurdish militia’s control of oil fields in the northern and eastern parts of the country.

Syria has been roiled by a civil war for more than 10 years.

Russia and Iran back Syrian President Bashar al-Assad, while Turkey has been supporting opposition forces since a pro-democracy uprising erupted against his rule in March 2011.