Latest Posts
00:20
Home investigations Cameroon differentiates between separatism and terrorism in defense of its national security 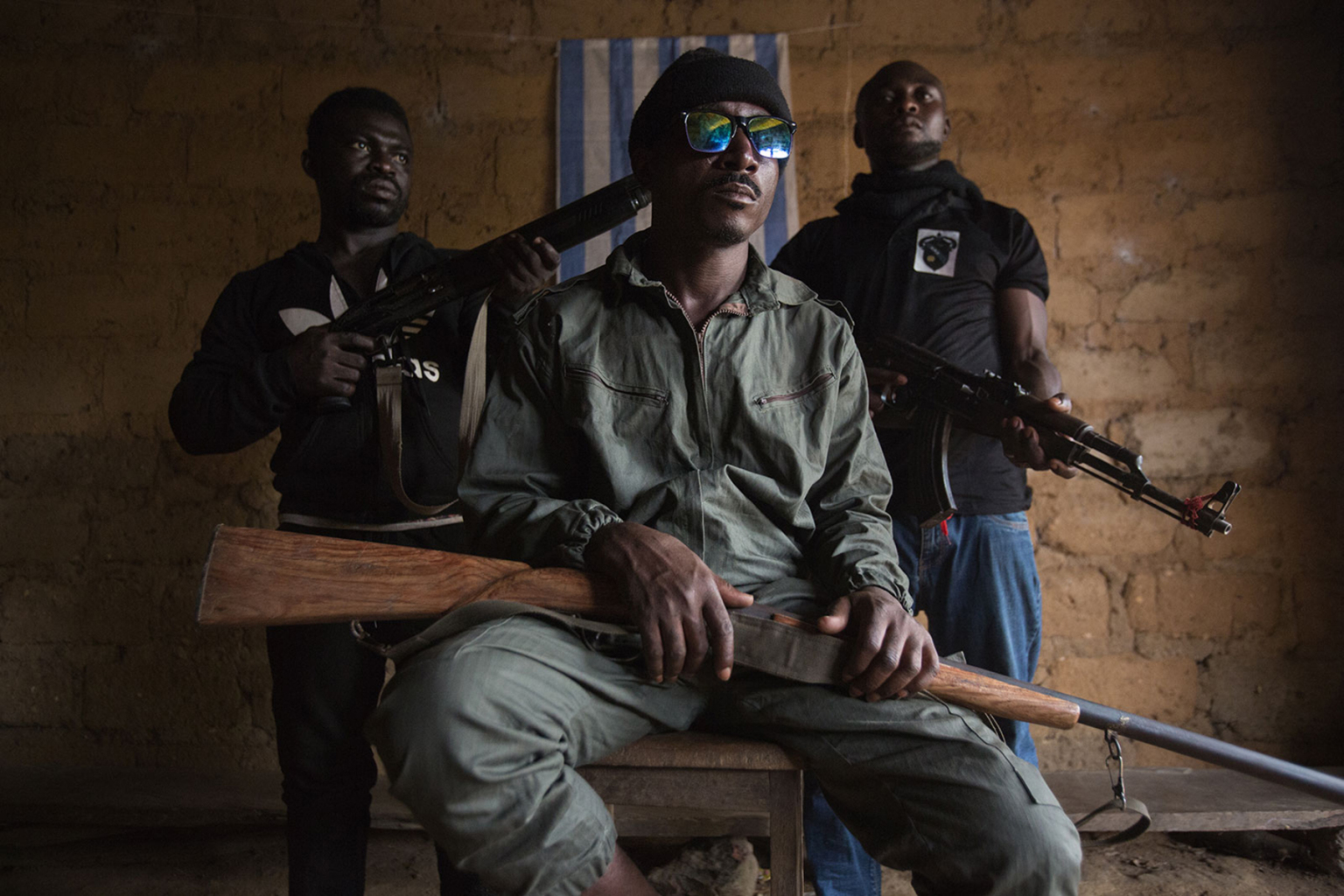 Ambazonia Military Forces General John, who says he commands thousands of rebel soldiers in Ambazonia, poses with his two bodyguards in the small town of Borrere, Cameroon, the Ambazonian flag proudly hanging behind them, on Feb. 13.

Cameroon seeks to address the variables supporting instability in the country, most notably the terrorist groups deployed on its regional borders and separatist tendencies, as the government tries to take serious steps to deal with its thorny files to support security, the most prominent of which is undermining the proliferation of weapons among the rebels.

On May 19, the government celebrated the destruction of defective firearms obtained by some citizens illegally, as part of the national campaign against terrorism, as the authorities burned a group of weapons that were controlled by the security forces along with other shipments that were voluntarily delivered by former rebels in separatist movements and former elements of Boko Haram, the terrorist group affiliated with ISIS in Nigeria, in the border region between the two countries.

The government organized an official ceremony for the arms burning event in the southwestern city of Buea, attended by representatives of the United Nations, the African Union, and diplomatic missions of separatist regions. Cameroonian Prime Minister Joseph Dion Ngute stressed that the burning of weapons is a reflection of the country’s desire for peace and security.

Ngute added that getting rid of illegally traded weapons is a good introduction that carries hope for the country’s future, stressing that the best way to preserve the country’s safety and advance its progress is to confront terrorism and address separatist strife by supporting pluralism and diversity.

The internal factors of Cameroonian society create a fertile environment for the growth of terrorist currents, which threatens stability. According to a study issued by the Sydney-based Institute of Economics and Peace on the rates of victims resulting from international terrorist operations, the areas that witness political conflicts and separatist movements become more attractive to terrorist organizations than others, which is applies to Cameroon.

The country suffers from separatist movements calling for the establishment of an independent state for English-speaking citizens and separation from the central government. On the other hand, the country suffers from sporadic attacks on its northern borders, where Boko Haram is located in Nigeria on the border strip between the two countries, while ISIS has also managed to infiltrate Cameroon and implement terrorist operations that left many victims.

On January 11, the United Nations condemned a terrorist attack that struck the country, leaving at least 15 people dead, calling for international and regional cooperation to combat terrorism. For its part, the Observatory of Takfiri Fatwas of Egypt’s Dar Al-Iftaa warned of the increasing spread of terrorist groups in the region.

The Nigerian border alone does not pose a threat to Cameroon’s security; rather, the country shares geographical borders with Chad, which suffers from a large terrorist presence, as well as doubts that organized crime and human trafficking gangs will cooperate with extremists in this region to support the mutual economy between them.

These conditions constitute pressure on the country’s security authorities. On the one hand, it causes the dispersal of forces between more than one front, whether different geographical concentrations of terrorists or separatist rebel movements that are likely to cooperate with extremists in the circulation of weapons, which is what the Cameroonian government is focusing on. On the other hand, these variables put pressure on countries’ budgets to allocate resources for a more in-depth confrontation of terrorist groups in the region.