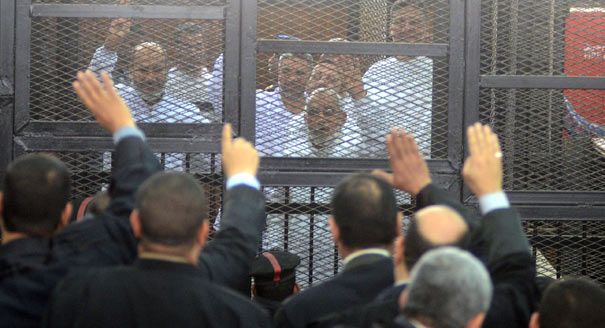 The Muslim Brotherhood and its media arms in the region do not recognize the moves Egypt makes to resolve the Palestinian-Israeli conflict.

The movement and its arms intentionally overlook these moves, even as Egypt is doing a lot in this regard.

Egypt has sent its doctors to North Sinai to treat Gaza’s wounded residents who crossed into Egypt from the crossing point on the border with the Palestinian territory.

Nevertheless, the Muslim Brotherhood comes out every day to accuse Egypt of not doing enough for the Palestinians.

This shows, however, that the Brotherhood is totally detached from reality. Cairo opened the crossing point on the border with Gaza since the beginning of the war between Israel and the Palestinian enclave on May 10. This refutes claims that Egypt is collaborating in the siege of Gaza.

Suweidan and attacks by followers

Tarek al-Suweidan, a Brotherhood affiliate, has dedicated his Facebook page for attacks against Egypt.

Nonetheless, his attacks are backfiring because they angered his Egyptian followers who criticized him and accused him of being separated from reality.

Some people even accused Suweidan of parroting things about Egypt he does not understand at all.

This forced Suweidan to backtrack.

He accused those criticizing him of being part of what he described as “electronic brigades” that are managed by some regional governments. These brigades, he said, only want to tarnish his image.