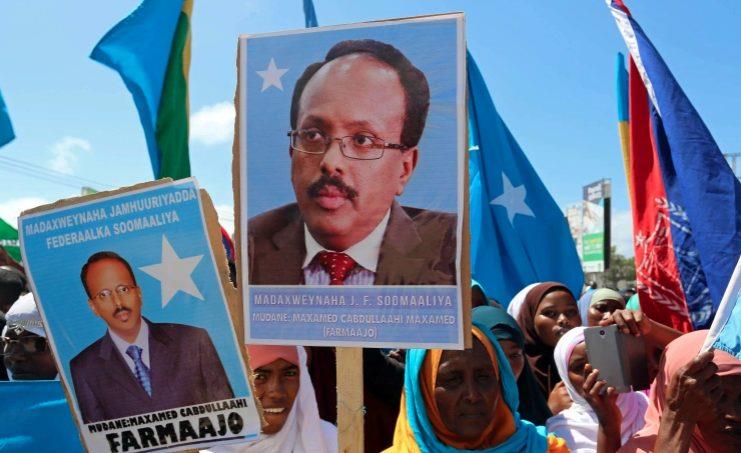 Somalia’s lower house of parliament has voted to extend the president’s term for another two years to let the country prepare for direct elections, the speaker of the chamber said.

Mohamed Mursal Sheikh said 149 lawmakers voted for the proposal on Monday, one rejected it and three abstained.

The move underscores widening divisions over extending the four-year term of President Mohamed Abdullahi Mohamed, who faces growing pressure to quit after his term ended.

The vote to hold a direct election in two years’ time, which would require the federal government and president to stay in office, came amid international pressure on Somali leaders to end the stalemate.

The United Nations has warned that Somalia, rebuilding after three decades of conflict and still rocked by extremist attacks, can hardly afford more instability.

Somalia’s government has been unable for months to reach agreement on how to carry out the election, with the regional states of Puntland and Jubbaland objecting on certain issues and the international community warning against holding a partial election or a mandate extension.

The crisis led to deadly violence against demonstrators who opposed an election delay.

Somalia now faces the prospect of its first one-person-one-vote direct election in decades. Parliament ordered that a caretaking council of ministers support the electoral commission in its preparations for that vote.

President Mohamed ‘urges the citizens to seize the historic chance to choose their destiny as the House of the People voted to return the elections mandate to the people,’ the presidency said in a Twitter post.

Contentious issues in months of talks on the election process included the formation of the electoral management commission and the selection of commission members for the breakaway region of Somaliland.

Somalia began to fall apart in 1991, when warlords overthrew dictator Siad Barre and then turned on each other. Years of conflict and attacks by the al-Qaida-linked al-Shabab armed group, along with famine, have left this Horn of Africa country of about 12 million people largely shattered.

Al-Shabab controls large parts of southern and central Somalia and often targets the capital with suicide bombings. The group has been a frequent target of US military airstrikes.