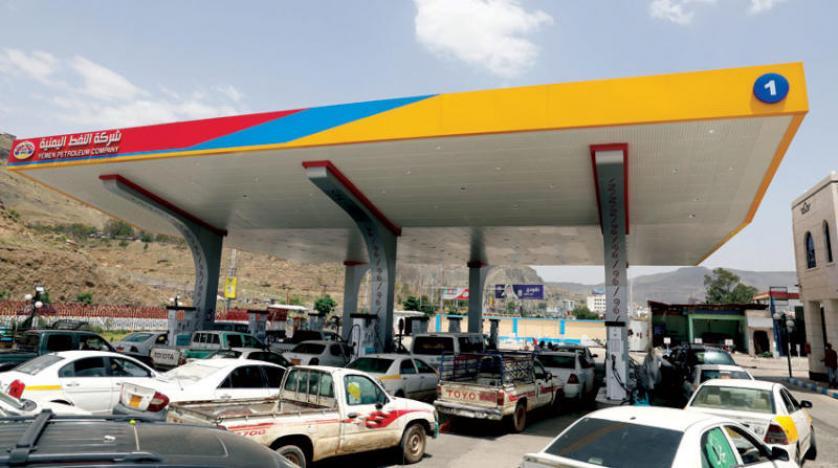 The terrorist Houthi militia uses the fuel crisis in the areas it controls in Yemen to blackmail the United Nations.

The militia takes the fuel available in these areas and then sells it in the black market to amass wealth at the expense of the Yemeni people.

According to the Yemeni government, 59% of the fuel arriving in Yemen from other countries goes into areas controlled by the Houthis.

The fuel arrives in Yemen through four of the country’s ports, a report by the government-affiliated Supreme Economic Council, said.

In the first three months of this year, 1.5 million tons of fuel arrived in Yemen, most of which had gone into area controlled by the Houthis, the report says.

The remaining amount of fuel went into areas liberated from Houthi control, the report adds.

The legitimate Yemeni government works hard to ensure that the fuel would go to industrial facilities and humanitarian organizations operating in the liberated areas, it says.

In the first quarter of this year, 40 fuel tankers arrived in Hudaydah Port at the request of the United Nations, according to the report.

It adds that the Houthis had looted over 70 billion Yemeni riyals from the Central Bank of Yemen.

This money came from the fees paid by fuel tankers arriving in Yemeni ports, the report says.

It says the Houthis had turned these fees into a weapon for killing the Yemenis, namely by bankrolling their military operations in different areas in Yemen.