Latest Posts
18:12
Home Islamist Movements Scenarios of the Brotherhood’s presence in Turkey after rapprochement with Egypt 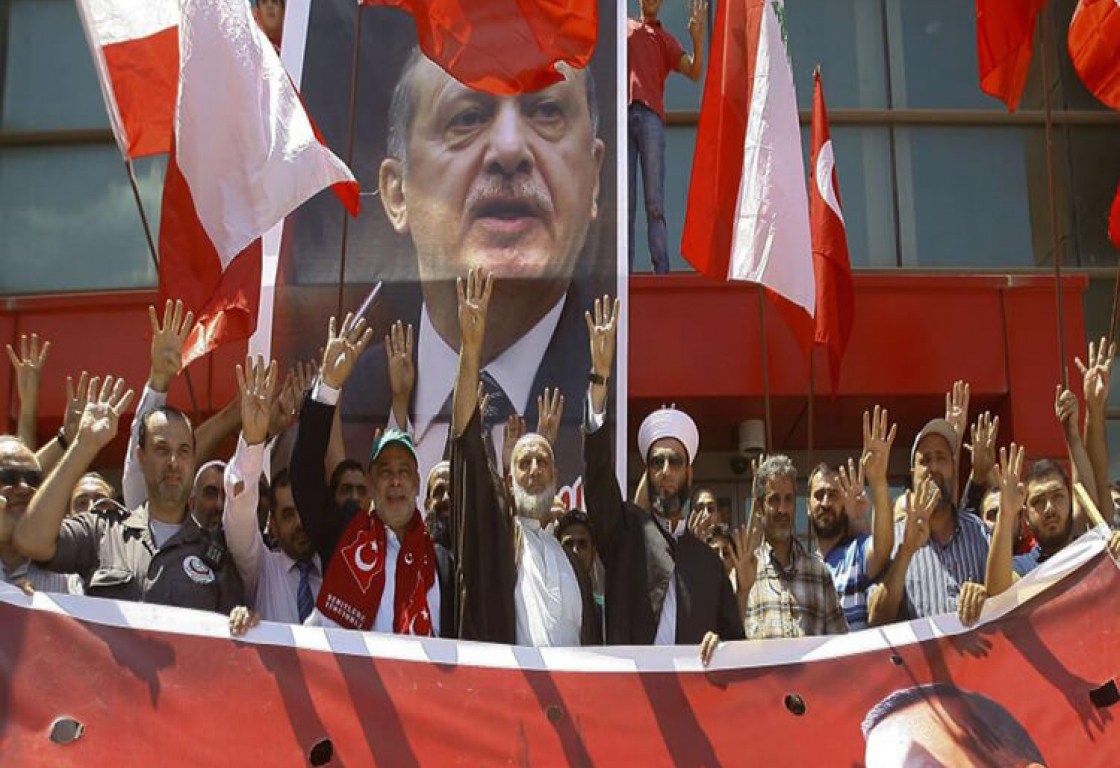 The number of statements at the official level from Turkey has increased in recent days, indicating that Ankara is seeking a new page with Egypt, and according to experts, the common interests between the two countries may push towards turning the page on the dispute between them.

Among the most prominent files that constitute a node in turning the page on the dispute is represented in the file of the leaders of the Brotherhood and the personalities that attack Egypt through channels broadcast from Turkish territory.

This raises many questions, the most important of which is the fate of the group’s leaders who are in Turkey, especially after the Middle East News Agency (MENA) quoted an official Egyptian source as saying that “there is no such thing as a description of resuming diplomatic contacts between Cairo and Ankara,” adding that “the Egyptian and Turkish diplomatic missions exist at the charge d’affaires level, and they communicate with the accrediting country in accordance with established diplomatic norms.”

According to a report by the Russian website Sputnik, the opinions of experts from the Turkish side differed, as Turkish political analyst Cevat Gök explained that Turkey might abandon the leaders of the group and the opposition in order to improve its relationship with Egypt and other countries.

“There are leaks from sources saying that it is possible to deport Brotherhood leaders from Turkey to a third country, close all Brotherhood channels and completely expel the Egyptian opposition from Turkey,” Gök added.

“The Turkish government may deport members of the Brotherhood from Turkey in the context of correcting the course,” Gök continued, adding that “the official Turkish statements are neither political maneuvers nor for the sake of media consumption, but they came after Turkey remained alone in the region, in addition to Egypt’s important position in the region.”

Gök believes that “Turkey was late in communicating with Egypt, while Cairo could play the role of mediator between Turkey, Greece and other Arab countries, including Saudi Arabia and the Emirates.”

The Turkish side confirmed that there are no Egyptian or Turkish conditions so far regarding improving relations, and Ankara may take serious steps towards the files related to Egypt directly, which are related to the Brotherhood and the leaders of the opposition present on its territory, Gök said.

On the Egyptian side, Brigadier General Samir Ragheb, head of the Arab Foundation for Development and Strategic Studies, said that the path of negotiation between the two countries depends on what is agreed upon and whether the dialogue is based on prior foundations or not; however, he added that dialogue without preconditions is best.

“The anti-Egyptian channels have reduced the intensity of their language towards Egypt, and some of them have stopped recently,” Ragheb told Sputnik, adding that Turkey will not hand over wanted leaders to Egypt, although it may ask them to move to any other country, and that is due to the fact that the Justice and Development Party (AKP) is the ruling party.

Regarding Cairo’s deliberation in responding to the Turkish statements, Ragheb explained that the reason is due to the confusion of the cards that Turkey is pursuing and its talk about border demarcation and reconciliation at the same time, especially since the demarcation of the maritime borders is inconsistent with the law of the high seas, which Turkey has not signed. He stressed that Egypt has strong relations with Cyprus and Greece, and it will not establish any relations at the expense of other relations.

Ragheb pointed out that the mixed messages from the Turkish side have created a state of distrust in Cairo towards Turkey, in addition to the fact that the Turkish side’s talk of economic and intelligence relations already exists between all countries, even in cases of disagreement, which is a description of relations and not a prelude to a new page.

He stressed that Egypt will not enter into negotiations without a common Arab vision regarding Arab issues, especially Libya, Syria and Iraq, through Arab consultations, as happened with the Qatar crisis, which was resolved through the quadripartite consensus.

In the same context, Turkish political analyst Firas Oglu said that the file of Brotherhood leaders will be the last file in the talks between Egypt and Turkey.

The common interests between the two countries are greater than the file of the Brotherhood, while the Libyan and Mediterranean files are among the most important files in which common interests converge, Oglu told Sputnik, pointing out that the leaders of the group are not effective and that the US administration has dialogue with some other countries, especially since many countries consider the Brotherhood a political party, and it is present in many capitals.

In a related context, and in the face of the group’s plans to confront the possibility of Turkish-Egyptian rapprochement, the Brotherhood faces another crisis affecting their youth and their loyalists residing in Turkey, namely the lack of identity papers with them, especially after the expiration of their Egyptian passports and their failure to obtain identity papers in Turkey. This has resulted in many cases where they cannot prove the registration of newborns or marriage, and they cannot move to other countries, rent housing, or deal with banks or government agencies.

Sources revealed to Al-Arabiya.net some of the names of those the Brotherhood seeks to solve their problem and transfer them to other countries, including Ashraf Ahmed Ragab Zendahi, who was convicted to life imprisonment in the case of the popular committee in Kerdasa. He was carrying an Egyptian passport issued in Agouza on August 30, 2010, and it expired on August 29, 2017, but he is still residing in Turkey without a passport or identity papers. Another name is Yahya al-Sayyid Ibrahim Musa, who was in charge of the administration of the group’s armed entity and the main suspect in the case of the assassination of Egypt’s former Attorney General before fleeing to Turkey.

In the same context, Asim Abdul Majid, a Brotherhood leader who fled to Turkey, revealed other details about a Brotherhood wing making preparations and plans for a confrontation in anticipation of the treachery of the Turkish authorities and President Recep Tayyip Erdogan.

Abdul Majid accused other Brotherhood leaders of treason and treachery, announcing their secret alliance with the Turkish IYI Party, which is affiliated with the Brotherhood, to topple Erdogan.

Abdul Majid wrote on Facebook that the Turkish president is almost exploding in anger at the actions of the Brotherhood leaders in Turkey, specifically the group of Mahmoud Hussein, the former general secretary of the Brotherhood who has strong ties with the IYI Party, which has allied with the opposition parties in an attempt to topple Erdogan in the recent elections.

He also accused that group of treason, praising the position of Erdogan, who, according to his claim, knew their position and did not consider expelling them or reducing their privileges.

The number of Brotherhood members in Turkey is between 5,000 and 7,000 members out of 35,000 Egyptians residing in Turkey, of whom about 3,000 have obtained Turkish citizenship. Their presence is concentrated in the city of Istanbul, from which their television channels broadcast, according to information obtained by Sky News Arabia.

Ankara has not offered to hand over the fugitive leaders residing on its territory or to stop their media platforms and satellite channels as a priority that can be negotiated at the present time with the Egyptian government, but is still providing assurances to the group that it will not hand over its leaders, according to sources residing in Turkey.