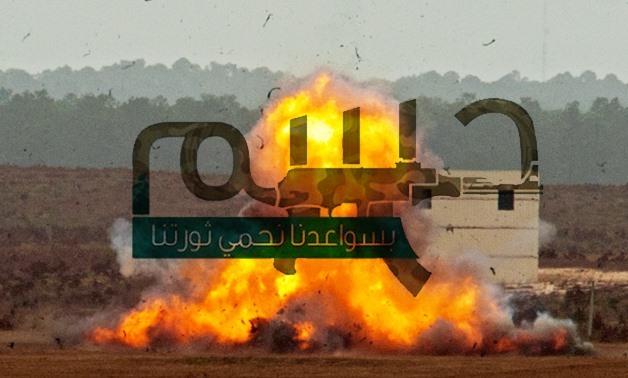 According to the Egyptian Ministry of Interior, the Hasm movement was established in 2014, when the Brotherhood leaders who fled to Turkey agreed to revive the armed work of the group inside Egypt through the formation of a new armed organization. Its members were selected from Brotherhood loyalists, included in armed combat groups, trained inside and outside Egypt, and then assigned to target state institutions and symbols to weaken the regime and cause security chaos.

In a previous statement, the Interior Ministry said that the leaders of the group residing in Turkey decided to form an operations room abroad to coordinate with leaders from the group fleeing Egypt, and they agreed to implement the mandate of the group’s senior leaders to form a military wing under the name “Hasm”.

The ministry stated that the group’s leaders agreed that Turkish intelligence agents would provide combat training in camps in Sudan during the regime of ousted President Omar al-Bashir.

Responsibility of the group was assumed by Brotherhood leader Tarek Sayid Ahmed Abdel Wahab Farraj, while members of the movement were trained in intelligence work in Malaysia and Turkey.

In 2018, the Ministry of Interior announced the killing of an officer in the National Security Agency, after unknown persons shot him in Qalyubia Governorate, north of Cairo.

It added in a statement that unidentified persons riding a motorbike fired shots at First Lieutenant Ibrahim Azazi Sharif of the National Security Sector Force as he left his place of residence on his way to the mosque to perform Friday prayers. At the time, Hasm claimed responsibility for the assassination.

Hasm also claimed responsibility for an explosion targeting the Myanmar embassy in Cairo, and said in a statement posted on the internet that “the explosion was in retaliation for the Myanmar army’s campaign against the Rohingya Muslims.”

In August 2019, the Ministry of the Interior revealed the identity of the perpetrator of the car bombing in front of the Cancer Hospital in Cairo, which killed 20 people and wounded dozens.